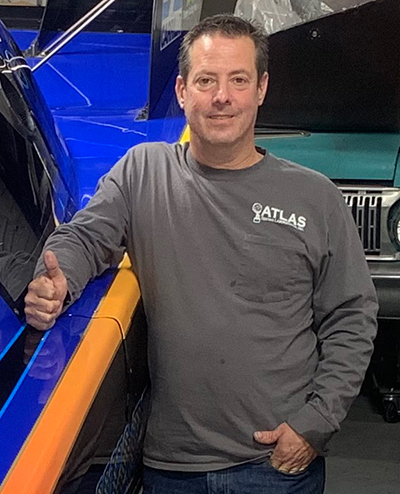 During testing at The Strip at Las Vegas Motor Speedway on Monday following the Denso Spark Plugs NHRA Four-Wide Nationals, Jason Rupert completed the two full passes he needed to upgrade his competition license to drive in the Funny Car ranks in the NHRA Camping World Drag Racing Series.

Rupert, a three-time NHRA Hot Rod Heritage Racing Series Nostalgia Funny Car champion and three-time finalist in Top Alcohol Funny Car, made a trio of incremental runs at Auto Club Famoso Raceway during the winter and jumped in for his first attempts at a full pass after Jonnie Lindberg had successfully qualified the Bays & Rupert Ford Mustang during the four-wide event.

Rupert’s first run was a straight-and-true 4.056. The following attempt required a bit more input from the driver’s seat when a dropped cylinder pushed him toward the wall as he corrected the 10,000-hp flopper back into the groove and held on until the blower belt gave way on a 4.159 at 283.97 mph.

“To tell you the truth, I went over to see Ron Capps and Robert Hight after the first run to give me a little reassurance before going out there again,” said Rupert. “Everything went well, but it just pulls so hard, so fast that it felt like you start the run in the front seat and you’re in the trunk by the time you go through the finish line. I’ve always felt like I was in complete control in a Nostalgia Funny Car or an alcohol car. These things never stop accelerating. 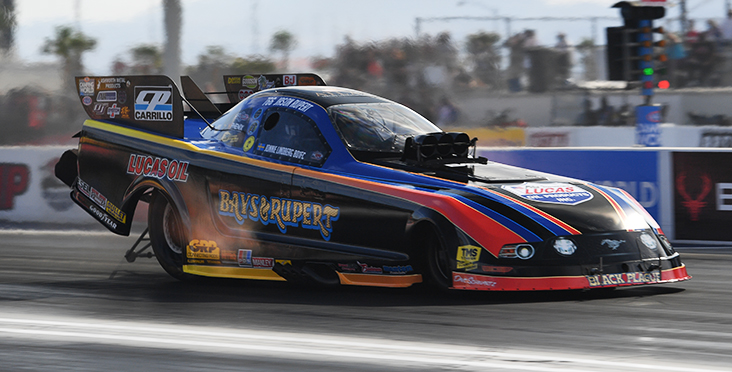 “We were able to adjust some things with the belts and the chin strap that made it a lot better. I watched the second run and can’t say that I remember the car getting as far out as it did and making that correction, but your instincts kind of take over. You definitely need to take your foot right out of it if it gets into any kind of trouble.”

Del Worsham and Matt Bynum signed off Rupert’s partial runs in Bakersfield, and his full pulls in Las Vegas were verified by the two winningest Funny Car drivers in NHRA history — John Force and Capps. Interestingly, one of Force’s Funny Car license attempts at Orange County Int’l Raceway in the 1970s was signed off by Rupert’s late father, Frank.

“I’m really glad we decided to enter the race and get a baseline in those conditions,” said Rupert. “Jonnie Lindberg did a really exceptional job and gave great input that sped up the whole process. That really helped us out. We tried not to have any kind of performance objective for the race other than to take the car further each time and make adjustments, so to actually qualify was icing on the cake. 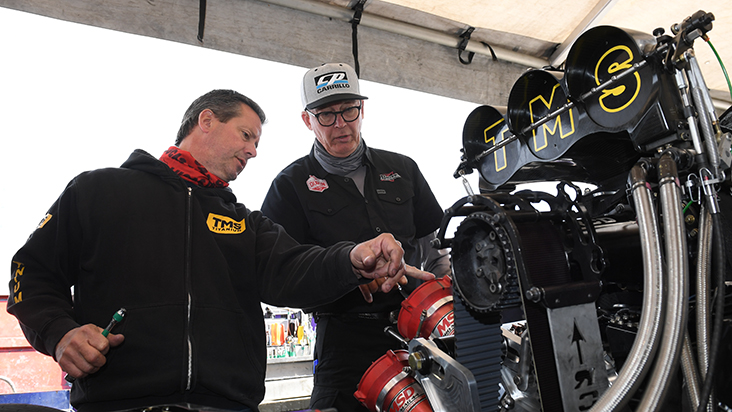 “I can’t say enough about Johnny West tuning the car and the job done by the whole crew. We have so many friends, supporters, and people from other teams I want to thank, but it is really such a long list.”

Rupert plans to make his Professional debut at the NHRA Sonoma Nationals July 23-25 and compete at the other West Coast events as his team looks to add supporters in addition to their 25-year partnership with Lucas Oil, TMS Titanium, GRP Connecting Rods, Atlas Testing, and CP-Carrillo.

“I’m really excited about the potential of this car,” said Rupert. “It was important to go out there and show that we are serious about doing this. We are an independent team with a volunteer crew that wants to be in the mix when we go to a race. We appreciate all the great coverage from NHRA and the FOX Sports 1 broadcast.”

Rupert remained the most recent Funny Car driver to complete his on-track license requirements for about two hours when Tony Jurado, who similarly progressed through the Nostalgia Funny Car ranks, did the same.

“It was cool to talk to Tony and compare notes about what we were experiencing,” said Rupert. “It’s nice to see new people coming into the class. Gary Densham has always had the hard-running car on the West Coast since he stopped touring, and you’ve got guys like Alex Miladinovich and Chris Morel that came out with new cars last year and Mike McIntire Jr. in the Midwest. There is going to be some good racing this year.”