He's back! Tony Schumacher will be gunning for ninth Top Fuel title in 2022

Eight-time Top Fuel world champion Tony Schumacher, the winningest Top Fuel driver in NHRA history, will kick off his campaign for a ninth series title beginning with the 2022 NHRA season opener in Pomona with backing from the Maynard family.
13 Oct 2021
Posted by NHRA.com staff
News

The winningest Top Fuel driver in NHRA history will return to Don Schumacher Racing in 2022, where he will reprise his role as a championship-contending driver. Eight-time Top Fuel world champion Tony Schumacher will kick off his campaign for a ninth series title beginning with the 2022 NHRA season opener in Pomona in February  and is slated to run the full 22-race NHRA Camping World Drag Racing Series schedule. 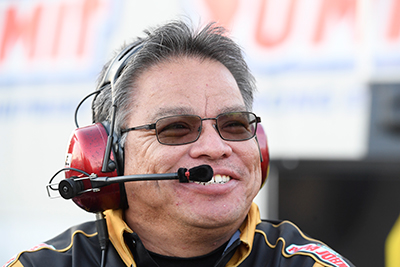 Highly decorated crew chief Todd Okuhara will serve as the lead tuner on the Schumacher-piloted Top Fuel dragster. Okuhara, who has been a member of the DSR family since 2005, has a proven record of success at the Brownsburg, Ind.-based organization, where he currently serves as the crew chief on Leah Pruett’s machine.

The Maynard Family, who joined drag racing’s winningest organization in 2021 as a major associate partner, has signed on to support Schumacher as a primary backer in 2022, with additional partners to be announced at a later date.

“We’re thrilled to have Tony return to full-time competition next year aboard The Maynard Family Top Fuel dragster,” said team owner Don Schumacher, who recently added event win No. 366 to his organization’s long list of accomplishments. “Tony and Todd Okuhara are two of the most dominant players in our sport, and I liken this alliance to two powerhouses teaming up. I have no doubt the Tony-Todd combo will find success early on in their 2022 campaign.

“Joe and Cathi Maynard joined our team at the beginning of 2021 and have proven to be tremendous partners,” he added. “We couldn’t be more pleased that they have decided to grow with our team into a larger role, and we look forward to continuing to make them proud.”

After an incredible 19-year run driving the U.S. Army Top Fuel dragster, Schumacher hung up his helmet following the 2018 season when his longtime sponsor redirected its marketing efforts away from motorsports. While Schumacher, 51, was not ready to retire, he was waiting until he had another full-time, multiyear deal before making his highly anticipated return. When the 2020 NHRA season resumed following a four-month hiatus due to COVID-19, 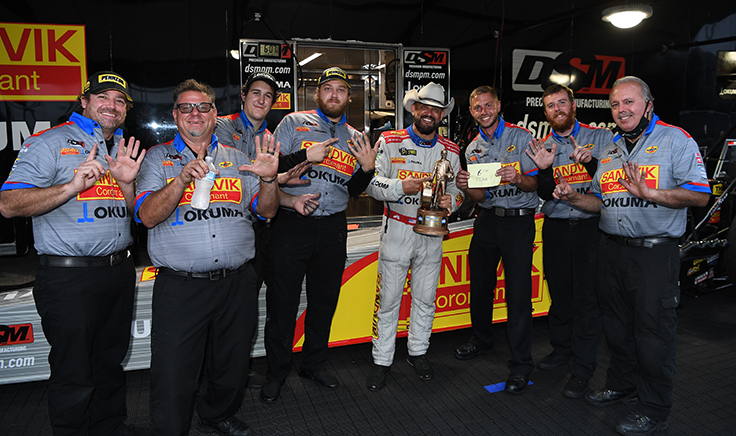 Don Schumacher found himself needing to fulfill sponsor obligations, and the younger Schumacher was tasked with taking over the driving responsibilities of a third DSR Top Fuel dragster to close out the season. It didn’t take long for the Austin, Texas-based driver to find his way back to the winner’s circle. After a year-and-a-half of sitting sidelined, Schumacher raced to victory in Baytown, Texas, picking up career win No. 85 at only his seventh race back.

“I wasn’t interested in just doing a few one-offs here and there,” explained the second-generation racer, who has checked nearly every box in the NHRA record books. “I wanted to be in a situation where I could compete for a championship. 2020 was an exception, of course, and returning to the seat for that eight-race stint made me realize how much I truly, truly missed being out here and driving a 330-mile-per-hour Top Fuel machine. Drag racing is in my blood; it’s who I am, and I’m incredibly pumped I get to suit back up and race for a championship in 2022.”

The Maynards have long had their eye on Schumacher and are ecstatic they are able to be such an integral part of his return to racing.

“Cathi and I have been avid NHRA fans for many years, and as Army veterans, Tony Schumacher in the U.S. Army dragster was always our favorite and ignited our passion for drag racing,” explained Joe Maynard, who retired from the Army as an SFC in 1994, while wife Cathi served the country as a Military Policewoman and Department of the Army Civilian from 1976 to 1994. “When we first became involved with DSR last year, our initial discussions centered around bringing Tony back in a full-time capacity, and we’ve been working toward that goal ever since. We’re so excited that we get to be a major part of his return and can’t wait to see him get back to his winning ways.”