"This is beyond an honor," said Anderson. "I didn't even think my name was in the hat, so I was really surprised. To have my name alongside so many legends in the North Carolina Auto Racing Hall of Fame is something I never could have dreamed of."

Anderson was originally slated to be one of two 2020 inductees in a ceremony that was delayed a full year by the COVID-19 pandemic. He and NASCAR legend Bobby Labonte were joined by 2021 inductees Rex White and Alan Kulwicki in a ceremony in downtown Mooresville.

Anderson is the most decorated Pro Stock driver on the current NHRA tour with 97 career wins, and with one more victory, he will become the most winning driver of all time in the ultra-competitive category of highly horsepowered factory hot rods. 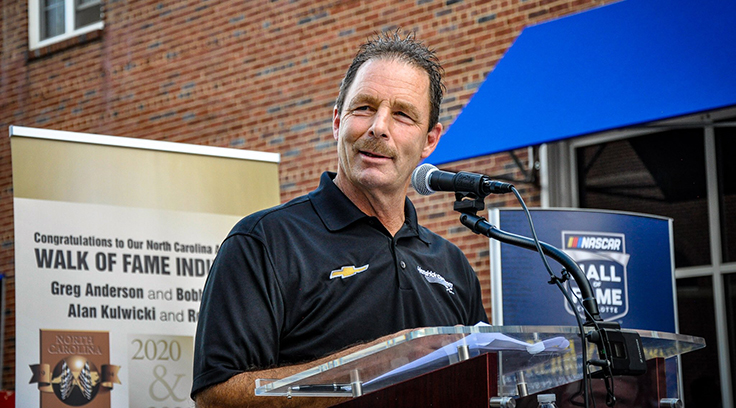 "When you race as much as we do, you don't very often stop and think about what you've accomplished," said Anderson. "I don't know if I'm in the prime of my career, but I'm still digging as hard as ever, and somehow, we're still winning races. All of these incredible things that have been happening — including tying Warren Johnson in wins and being inducted into the North Carolina Auto Racing Hall of Fame — these are things I never planned on or even set as a goal. This is beyond anything I ever thought would happen."