Down to the wire: A look at Lucas Oil Series sportsman championship battles

There are two national and two divisional events left this season to decide championships in nine NHRA Lucas Oil Series sportsman eliminators. Let’s take a closer look at who the favorites are, and who are the drivers who can use a late-season rally to win a title. 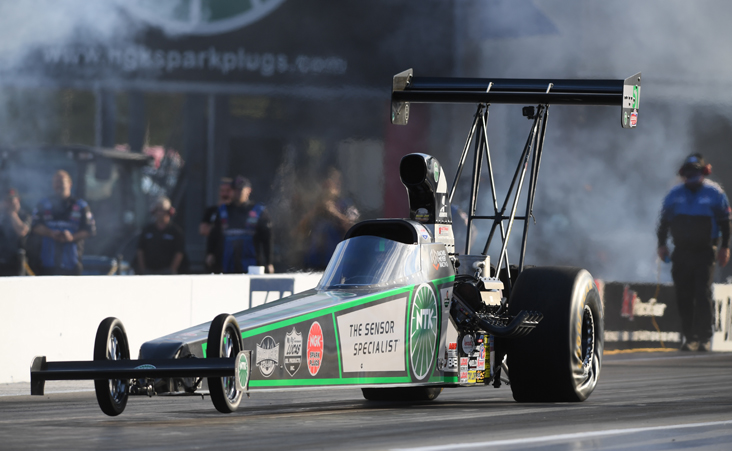 This much we know; for the third-straight year, the Top Alcohol Dragster world champion will be a female. After back-to-back titles by Megan Meyer, her younger sister Rachel is in line to take her place, but she’ll have to hold off a late-season challenge by Jackie Fricke to claim the top spot. The math here is fairly straightforward. Fricke must win her final event, which is most likely to be the Dodge//SRT Nationals in Las Vegas next weekend. Should Fricke win that event, she will win the title by a single point although she’s going to have to outlast 20 other entries in order to do so. Meyer is also scheduled to be there as a blocker. 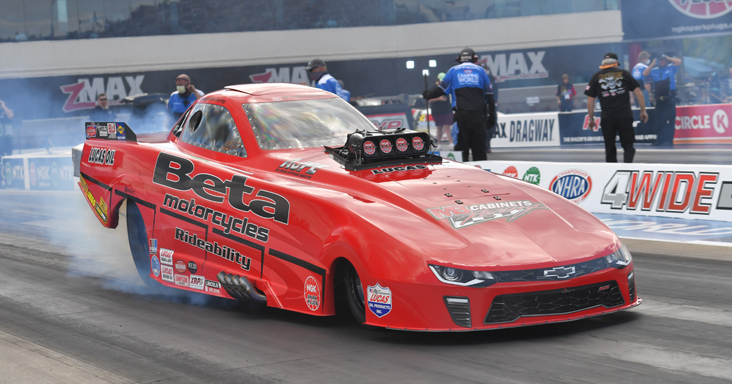 The battle here is also between two drivers, both of whom have won championships in the past. Reigning champ Doug Gordon is the current leader and he’s locked in a battle against two-time champion Sean Bellemeur. Gordon has 776 points and can earn points at one more national event, bettering a semifinal. Bellemeur trails by 11 markers and he’s got two national events where he can improve his score. Both of those races are semifinal finishes so Bellemeur will have to go to at least one final round in order to have a chance to overtake Gordon and the Beta Motorcycles team. 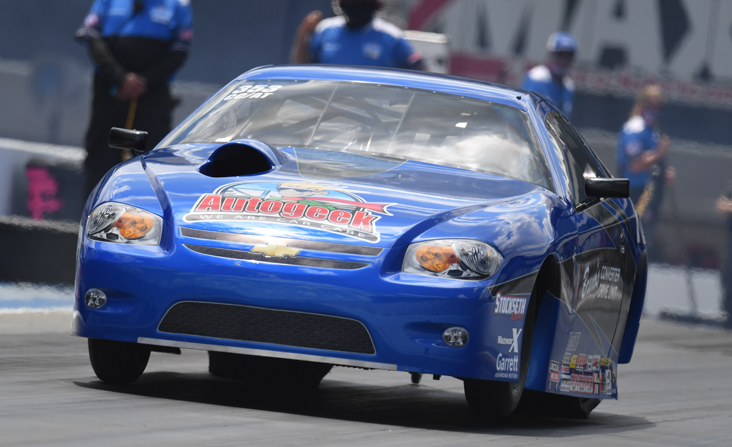 Bruno Massel has a solid shot to win his third championship in Comp but his spot atop the standings is far from secured right now. With 603 points, Massel can better his score at both the Las Vegas and Pomona events and he’s improving upon a second-round finish and a semifinal so there is a decent chance that he adds to his total. Currently, David Billingsley is behind Massel and can earn points at one more divisional event, but he must win in order to improve. Peter D’Agnolo is also still alive with on divisional race remaining. Should he win, he can go to 611 points. Greg Kamplain is also in the running with a national and a divisional left to claim. He needs to make up 56 points. Joe Mozeris, Doug Engels, Joseph Arrowsmith, Cody Lane, Ryan Warter, and Richard Preiser are all mathematically in the running but would need multiple wins in order to mount a challenge. 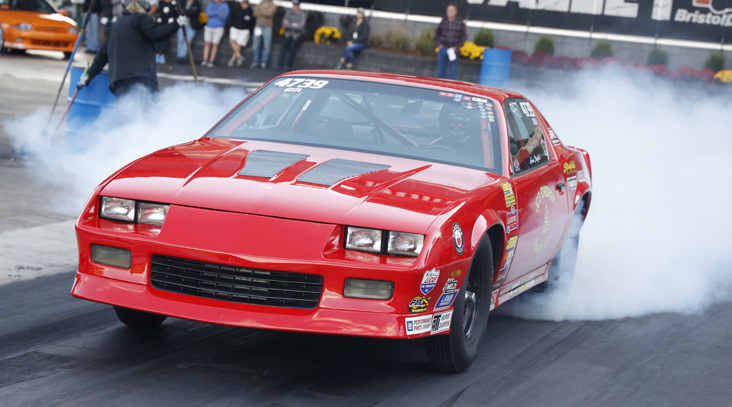 With his win last week in Bristol, Greg Stanfield put himself in a prime position to win a fifth Super Stock championship and his first since 1994. Stanfield is currently sitting on an impressive total of 692 points and he may not be done yet. Stanfield can gain points in two national and one divisional race but he’d need to go to at least one final to better his score. Joe Santangelo has two races left to claim points and can get to 722 if he wins both of them. Jimmy DeFrank could win a sixth Super Stock title but would need to run the table at the last three races in order to do so and hope Stanfield does not improve. Likewise, Jody Lang would need to garner two wins and a runner-up in the final three events in order to catch Stanfield. 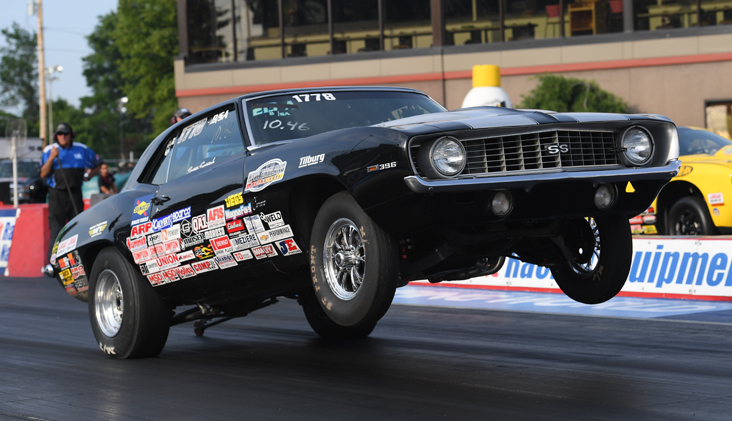 The race for the Stock title is fairly wide open with Joe Santangelo II as the current leader and a handful of drivers with a realistic chance to catch him. Santangelo has 633 points with one national and one divisional left to claim. His closes pursuers include Jerry Emmons, who is just eight points back. Emmons also has two national and one divisional race left to better his total. Kyle Rizzoli is also in the mix for the Stock title while Scott Burton could tie Santangelo should he win both of the remaining national events. The same scenario applies to Randi Lyn Shipp, who needs to win a national and divisional race in order to overtake Santangelo. St. Louis winner Ryan Montford, Bristol champ Brett Candies, Todd Hoven, and Chris Hall are also still in the mix. 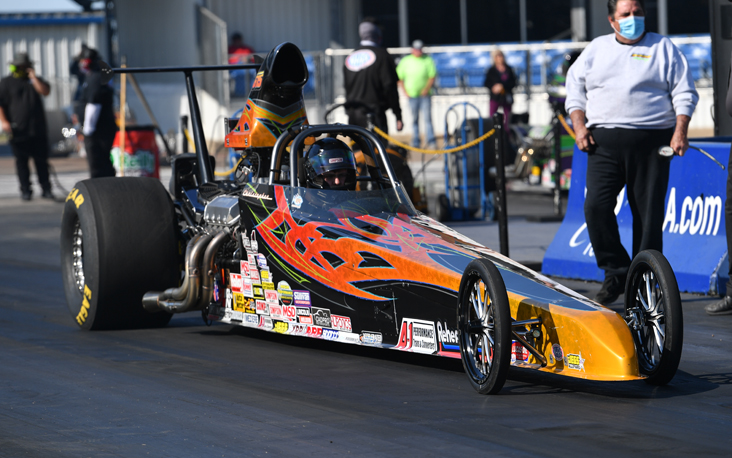 The Super Comp points battle has been competitive all year although recently, reigning champ Christopher Dodd has begun to assert himself as a favorite for a second title. Dodd currently sits in the top spot and has a modest total of 582 points. Bob Prose, currently No. 2, can pass Dodd with a strong showing at his final divisional event, most likely this week’s Rockingham, N.C. race. Likewise, former champ Ray Miller III needs a win at his final divisional in order to claim the lead. Division 3 racer Nick Isenhower is most likely eyeing a trip to Las Vegas where he can attempt to make up the 47 point difference that currently separates him from the leader. There are others who are mathematically in the running, including Ron Finney who has entered just two national events, but nearly all of them would need a  flawless performance in order to threaten for the top spot. 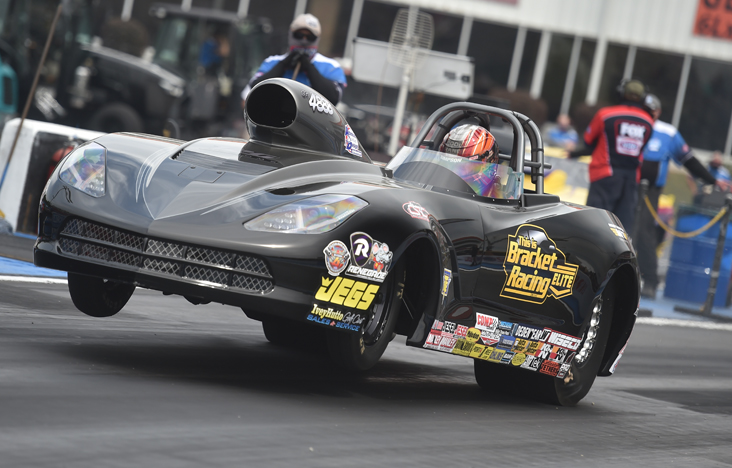 The race for the Super Gas crown isn’t officially over, but barring a modern miracle, it’s over. Luke Bogacki has set a nearly impossible bar for others with 734 points and it's worth noting that no driver who has ever crested 700 points has finished without a season championship. Rob Kropfeld and Edmond Richardson can still win the title, but they’d each have to win both the Las Vegas and Pomona national events and win the Rockingham and Las Vegas divisional events. That would require a cross-country trip and roughly 25-28 consecutive win lights. Richardson and Kropfeld have each accomplished a lot of amazing things in their careers, but it’s not likely they’ll even attempt to chase down Bogacki, who is almost assured of a third championship. 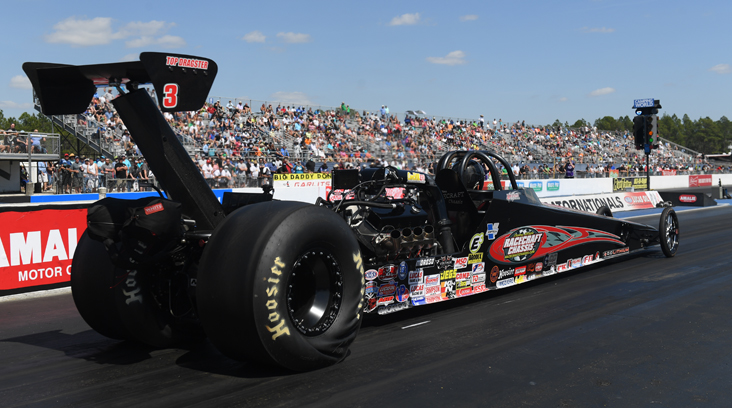 Chassis builder Danny Nelson has a great shot to win his second title in the last three years in Top Dragster presented by Vortech Superchagers. Nelson is the current leader with 565 points but he cannot add to his score. Blake Peavler is just 20 points behind Nelson with two divisional events remaining. He can make up the difference by reaching the semifinals. Bradley Johnson, who seemingly came out of nowhere to challenge for last year’s title, is in a position to do so again. Johnson has 499 points but can claim points at one national and one more divisional race. 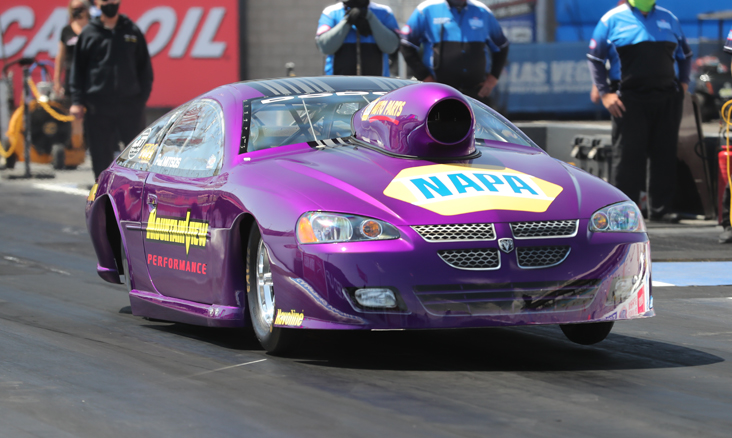 With few races remaining, Paul Mitsos is the leader in Top Sportsman presented by Vortech Superchargers with a total score of 556 points. Mitsos has one divisional race left to claim points and he’s bettering a 52 point total. The biggest challenger to Mitsos’ lead is former Super Gas champ Jimmy Lewis, who has already won three national events this season including the U.S. Nationals. Lewis is improving on a round one loss (30 points) so he needs to win three rounds to take the lead provided Mitsos doesn’t improve. Vince Hoda, Ed Olpin, Doug Gbur, and Steve Jaeger are also still in the running but would need a miraculous finish in order to win the title.