Cleetus and Cars, the brainchild of hugely popular YouTube star Cleetus McFarland, made its first appearance at Lucas Oil Raceway at Indianapolis last weekend, and it immediately became one of the toughest tickets in town, selling out days before the start of the event.
04 May 2021
Kevin McKenna, NHRA National Dragster Senior Editor
News

Cleetus and Cars, the brainchild of hugely popular YouTube star Cleetus McFarland, made its first appearance at Lucas Oil Raceway at Indianapolis last weekend, and it immediately became one of the toughest tickets in town, selling out days before the start of the event.

First off, what is Cleetus and Cars? We’re glad you asked.

Cleetus and Cars is a wildly popular event that evokes memories of the Joie Chitwood Thrill Show. The event features a wide variety of attractions, including drag racing, a jet dragster exhibition, grudge runs, car show, burnout contest, and even a demolition derby. The action on both the dragstrip and circle track is almost non-stop with a definite air of “you never know what you might see next,” which keeps the fans engaged. 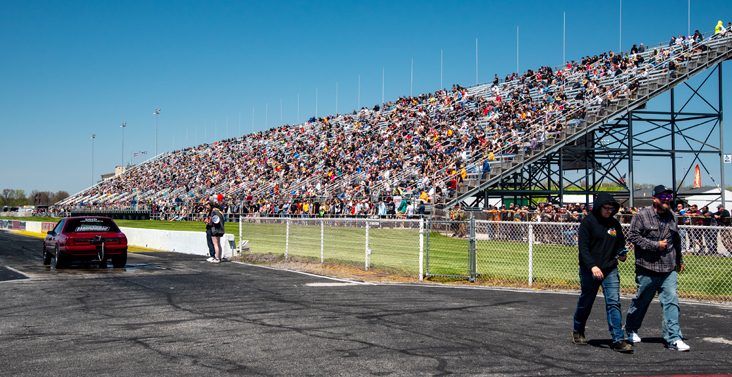 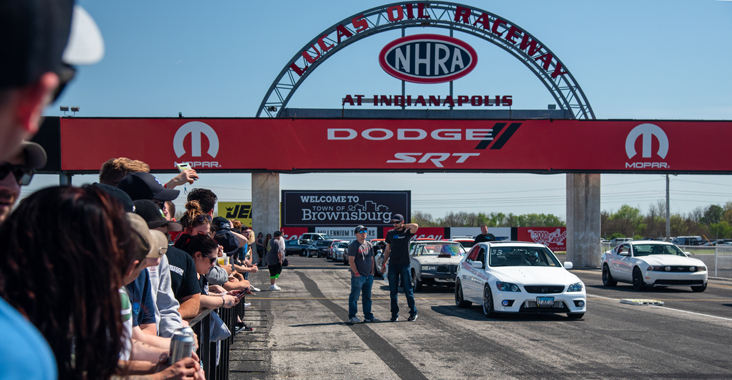 The event is the brainchild of Cleetus McFarland, the alter ego of Garrett Mitchell, an enterprising 25-year-old from Florida who reportedly dropped out of law school in order pursue his passion for automobiles. McFarland has successfully leveraged the massive popularity of his YouTube channel, which currently has in excess of 2.5 million subscribers. McFarland’s brand has grown to the point where last year, he purchased DeSoto Speedway, the circle track that is adjacent to the Bradenton Motorsports Park dragstrip. He promptly renamed the facility The Freedom Factory and uses it to film content and host a variety of automotive-themed events.

McFarland also takes his show on the road several times a year in the form of Cleetus and Cars. After successful stints in Bradenton, Houston Raceway Park, and a few other locations, the event made its debut at Lucas Oil Raceway at Indianapolis following a year-long delay caused by the COVID-19 pandemic. For the thousandths of fans who packed the historic facility, getting a glimpse of their hero and being able to witness his brand of automotive insanity first-hand was worth the wait. 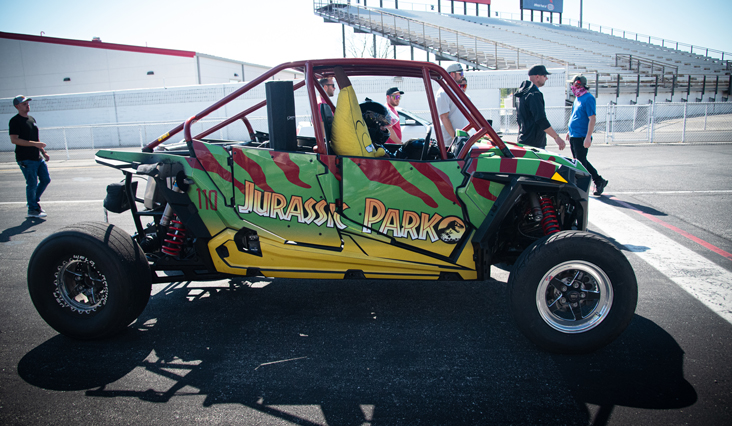 When we say there is a wide variety of cars at a Cleetus and Cars event, we mean it. There’s the sort of high horsepower drag cars one might expect to see, but also NASCAR-type stock cars and trucks, police cars, diesel trucks, screaming imports, heavily modified side-by-sides, and even the Mystery Machine from the popular Scooby-Doo cartoon series. 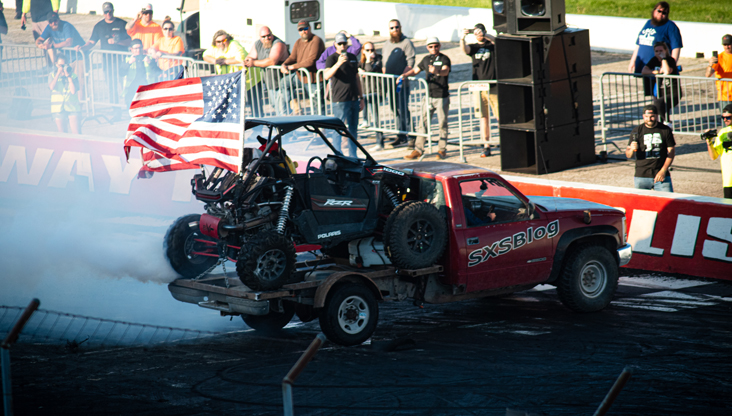 The burnout competition is easily the highlight of the event, at least when one considers the fan reaction. Held on the front stretch of Lucas Oil Raceway’s .686-mile oval track, the rules for the burnout competition are fairly simple: keep the car moving and try not to hit anything. McFarland shows the competitors how it’s done, kicking off the show with his highly modified Grand Marque Police Interceptor. Throttle foot planted firmly to the floorboard, he sends up a huge cloud of tire smoke while melting a set of tires down to the cords.

Capping off the day is the Demo Drags, which is part drag race, part demolition derby, and all chaos. Also held on the oval track, the goal of Demo Drags is to beat your opponent to the finish line, but there is a catch. At some point, the vehicles must make contact, and believe it or not, there is strategy involved. Early contact? Late contact? A gentle bump or something more significant? Each race plays out differently. By the end of the evening, the infield looks like a battlefield strewn with the wreckage of those who didn’t make the cut. 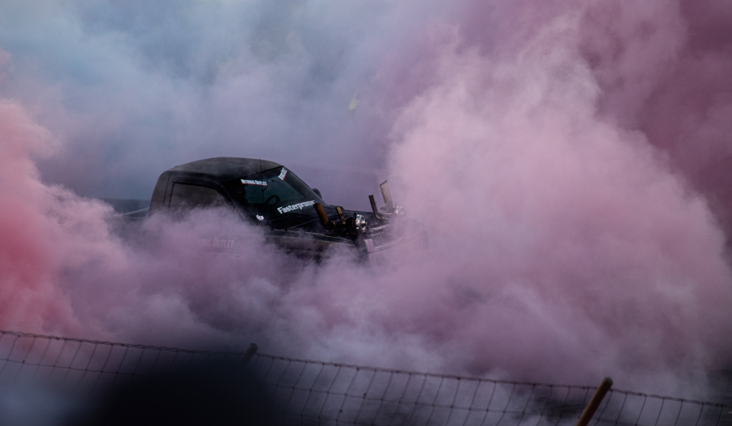 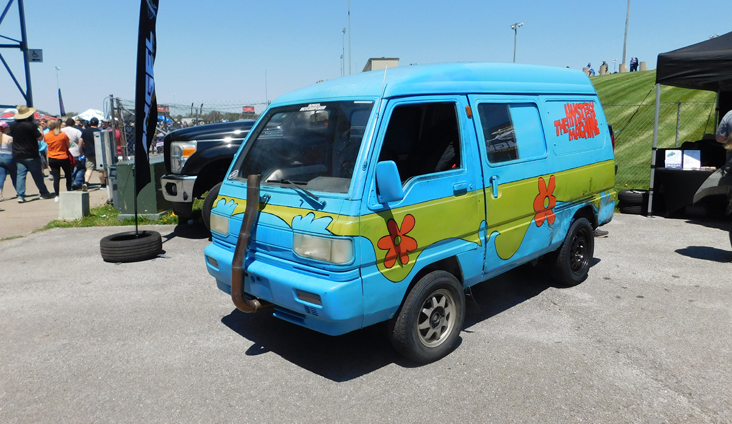 Through it all, McFarland comes off as genuine, despite his made-up persona. He clearly appreciates each of his many fans, and they return the affection. Certainly, they can’t seem to get enough of his merchandise, which includes his signature straw hat, sunglasses, and T-shirts adorned with his “Hell yeah, brother!” catch phrase.