On Monday in Wichita, Kan., Alex Laughlin successfully completed the steps necessary to obtain his NHRA Top Fuel license, and he’s scheduled to make his official debut at this weekend’s Dodge//SRT Mile-High NHRA Nationals Presented by Pennzoil at Denver’s Bandimere Speedway. Already in possession of a valid Top Alcohol Dragster license, Laughlin needed to make three runs in order to upgrade to a Top Fuel credential. He was able to get it done under the watchful eye of car owner and crew chief Scott Palmer. 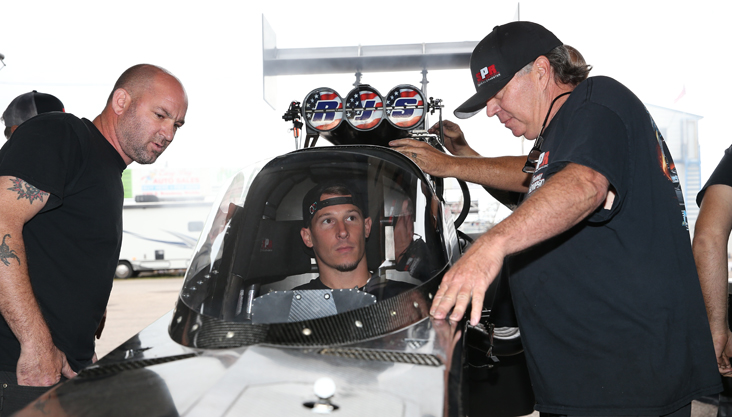 “That was insane; I honestly didn’t give Top Fuel drivers enough credit for what they do,” said Laughlin. “I always thought a Top Fuel dragster was much closer to an A/Fuel dragster than it really is. That was by far the most G-forces I’ve ever felt. I think the Pro Mod or Drag Radial car is around 3.5 Gs, but this [Top Fuel dragster] is double that. You leave the starting line, and it hits you, and then right when you start to get your thoughts together, it hits just as hard when the clutch comes in. I’m still trying to process it.

“I’m glad that I had the experience of driving an A/Fuel dragster because the process is the same,” Laughlin said. “I didn’t have to learn how to drive it, just how to handle the speed. I made a joke on one of my videos that the steering wheel in the Top Fuel car starts out flat and becomes a butterfly as soon as you hit the throttle.”

Laughlin’s licensing runs include a very competitive .832-second 60-foot time and a best 1,000-foot time of 4.00, which was enough to satisfy the licensing requirements. After completing his paperwork and officially entering the Denver event, Laughlin and his new crew set about wrapping Palmer’s dragster in Havoline colors for the weekend.

Laughlin made the decision to race Top Fuel because Pro Stock is not contested in Denver, and he failed to secure a ride in the Pro Mod class. With a sponsorship commitment to fulfill with longtime supporter Havoline, he decided to take a bold leap into Top Fuel. Laughlin’s current agreement with Palmer is for one race, but he admits that his days in Pro Stock and Pro Mod could be numbered. 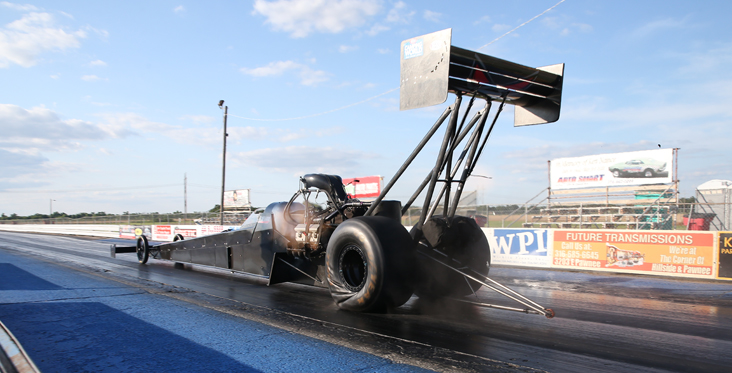 “Right now, I have a commitment to race Pro Stock in Sonoma and Pomona, but after that, I’m not sure,” Laughlin said. “When we look at the real numbers, it’s not really that much more to race in Top Fuel. Honestly, I’m not sure where we go from here. I just want to do a good job in Denver and have a lot of fun. Scott and his guys were awesome to work with. They went above and beyond for me, and I really appreciate it.”