Veteran nitro crew chief Aaron Brooks has been hired as the new crew chief for Doug Foley’s Foley Lewis Racing Top Fuel dragster. Brooks will lead the team at their final race of the season, the DeWalt NHRA Carolina Nationals at zMAX Dragway this weekend. Foley’s longtime crew chief, Doug Kuch, has been released from his duties.

“Our performance has been down, and we just felt like it was time for a change,” Foley said. “We weren’t expecting to make this change with one race remaining, but that’s where we’re at. We’re going to turn it into an advantage and give Aaron the chance to learn our program, our equipment, and the people we have here, which will help him as we go into the offseason to help us better prepare for success in 2022.” 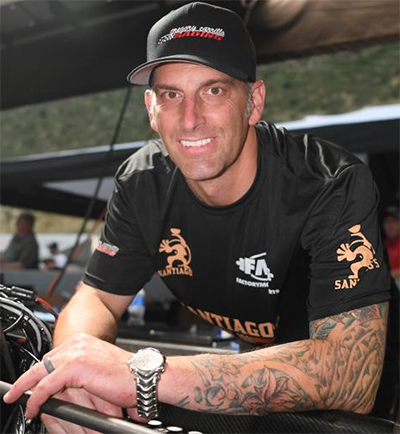 Brooks comes to Foley Lewis Racing with years of experience as a crew chief for numerous teams in Top Fuel and Funny Car. He’s worked with some of the biggest names in nitro racing, but more recently, he’s helped a number of smaller, independent teams get started or make the next step up.

“We know Aaron has the ability to win, and we know he’s aggressive,” Foley said. “We like those attributes. At the same time, we also like the fact that he’s now worked with some smaller teams over the last year or two. He’s worked with teams that had huge budgets and worked with teams that are on budgets. We know he’s more than capable of running fast and making this a top team. At the same time knowing that he’s worked with some of the smaller teams and did very well with them made it even more appealing to bring him on board.”

The Foley Lewis Racing team, currently located in Mooresville, N.C., will temporarily relocate to Brownsburg, Ind., following the Carolina Nationals. The move to Brooks’ shop will give him the opportunity to spend time with the car and equipment over the offseason.

“There are six races left on the NHRA schedule, but our offseason and our efforts to prepare for 2022 will begin right after Charlotte this weekend,” Foley said. “We’re committed to coming out even stronger next spring and making 2022 our best season yet.”

Foley and Kuch have raced together since Foley’s Top Fuel career began in 2004, making a tough decision that much tougher.

“Of all the times I’ve been down the track in a Top Fuel car, Doug Kuch was turning the knobs on all but eight runs in competition, which is pretty remarkable,” Foley said. “We appreciate Doug’s efforts over the years and wish him the best.”

“Doug Kuch has been our crew chief since we formed our Top Fuel team over 15 years ago,” said Tim Lewis, Foley’s longtime partner at Foley Lewis Racing. “I will always be grateful to Doug for the time and patience he spent with me explaining the nuances of the computer data as well as mechanical aspects of the car. It made my experience so much more rewarding, and I will always remember it. We wish Doug well in his future pursuits.”

Foley is also going into the weekend with new partners, as Griffin Insurance signed on as an associate sponsor for the Carolina Nationals. ProTecs Inc. and Premier Window Cleaning recently joined the team at the Maple Grove race last weekend and will continue as partners at Charlotte.

“We’re making these moves for all the people that support us,” Foley said. “We understand that we have an obligation to give them a good car.”