The 2021 NHRA points-earning season will blast off from the starting line the first week of February at the Division 2 NHRA Lucas Oil Drag Racing Series event in Orlando, Fla., to kick off what promises to be an exciting and inspirational year of competition across all of NHRA’s major series.
11 Jan 2021
Phil Burgess, NHRA National Dragster Editor
News 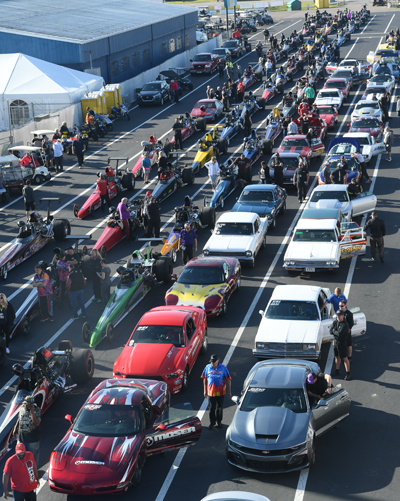 The Orlando event will be livestreamed for free on NHRA.tv, as will the Feb. 18-20 LODRS event at South Georgia Motorsports Park in Cecil, Ga., the Feb. 26-28 Division 4/Central Region event at No Problem Raceway in Belle Rose, La., and the March 4-6 “Baby Gators” Division 2/East Region event at Florida’s Gainesville Raceway, and many others.

The historic Gatornationals, the time-honored East Coast season opener since its inception in 1970, this year will ignite the entire year of NHRA’s premier series because the traditional season-opening Winternationals event in Pomona was rescheduled to later in the year out of an abundance of caution due to the pandemic. 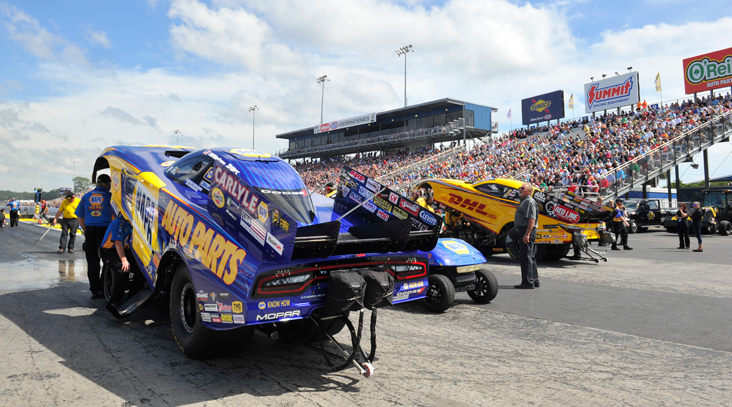 The Gatornationals, now in its 52nd year, once again will offer the full spectrum of NHRA competition with Top Fuel, Funny Car, Pro Stock, and Pro Stock Motorcycle Camping World action racing alongside the wild E3 Spark Plugs presented by J&A Service Pro Mod Drag Racing Series, the thrilling, two-wheeled warriors of Top Fuel Harley, and the modern muscle cars of the NHRA Factory Stock Showdown. All told, nearly 500 of the sport’s best racers are expected to descend on venerable Gainesville Raceway for the event. The Camping World Drag Racing Series will run on Friday, Saturday, and Sunday (one qualifying session on Friday, two qualifying sessions on Saturday, and final eliminations on Sunday), a format that will carry over to most of the 2021 national events.

Pre-entries for Gatornationals Lucas Oil Series Sportsman racers opened on Dec. 30, and within hours, the Super Stock, Stock, Super Comp, and Super Gas classes had filled all 60 available spots and entries began pouring in for the Vortech Superchargers Top Sportsman and Top Dragster classes as well.

The Gatornationals event launches the nationwide Camping World Drag Racing Series schedule that traverses the country from Florida to Washington state, from Pennsylvania to Texas, and everywhere in between. [Buy tickets now]

All events in the Camping World Drag Racing series will be televised on the FOX broadcast networks with many, including the Gatornationals, scheduled to air on the network’s flagship national broadcast platform. E3 Pro Mod and Lucas Oil competition from select national events will also air on Fox Sports 1 and Fox Sports 2.

Throughout the year, the Lucas Oil Drag Racing Series competition will continue to plant its flag in NHRA’s seven divisions across the country as racers compete for regional and divisional championships and world championship points. Many of these events also will be livestreamed on a complimentary basis on NHRA.tv.

The prestigious JEGS NHRA SPORTSnationals will take place July 15-16 at National Trail Raceway outside of Columbus, Ohio, and will be preceded by a Division 3 Lucas Oil Drag Racing Series event. Numerous Lucas Oil Series doubleheaders are planned throughout the season with racers being able to compete and earn points at two events on the same weekend. 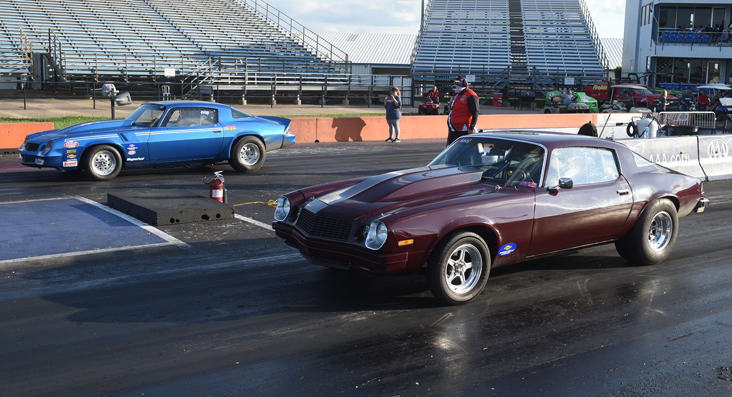 Competition in the Summit Racing Series is already underway at NHRA member tracks in weather-friendly parts of the country. The popular grassroots program culminates each fall when the top points earners from each track gather for a series of divisional Summit Series Finals events to crown champions in the Super Pro, Pro, Sportsman, and Motorcycle classes. Each of NHRA’s seven geographical divisions then sends their respective champions to the Summit National Championships event at the Dodge NHRA Nationals Presented By Pennzoil in Las Vegas to duke it out for the honor and prestige of an overall series championship. 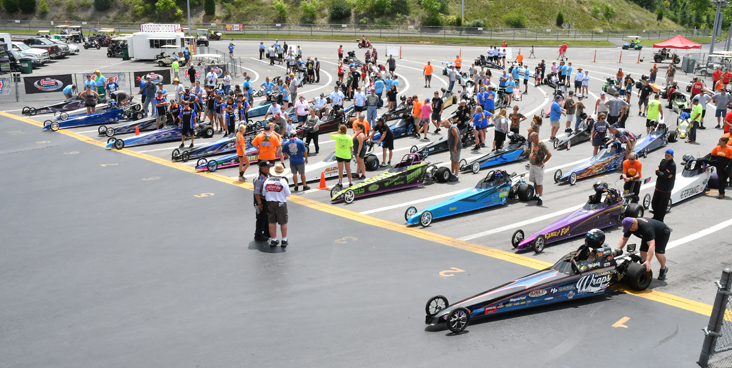 NHRA has announced an eight-race schedule for the 2021 NHRA Hot Rod Heritage Racing Series, spotlighted by a pair of Hot Rod Reunions. The series features thrilling racing action, highlighted by the crowd-pleasing, nitro-burning Nostalgia Top Fuel dragsters and Nostalgia Funny Cars. The 2021 season is scheduled to begin at the Heritage Nostalgia Reunion, April 29-May 1, at California’s Sacramento Raceway. The National Hot Rod Reunion will be held at Beech Bend Raceway Park in Bowling Green, Ky., June 17-19, and the California Hot Rod Reunion will close the season at Auto Club Famoso Raceway Oct. 22-24.