A trio of Don Schumacher Racing drivers –- Matt Hagan, Tommy Johnson Jr., and Jack Beckman -- will duke it out for the 2020 Camping World NHRA Funny Car world championship at the Dodge NHRA Finals presented by Pennzoil at The Strip at Las Vegas Motor Speedway.

The situation: Just 43 points separate points leader Hagan from his DSR teammates, with Johnson 42 points back and Beckman 43 markers back. A championship would be the third for Hagan, second for Beckman, or first for Johnson.

Their fourth teammate, former champ Ron Capps, is mathematically but improbably still in contention, 163 points behind Hagan with only 183 points still on the table. 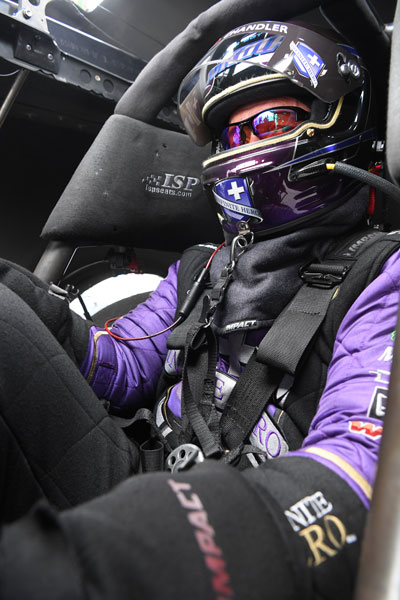 How we got here: It’s no surprise that it’s an all-DSR shootout as the four-car team has monopolized the winner’s circle, winning all 10 previous events this season, plus three more dating back to late 2019.

Beckman won the season opener in Pomona with the Infinite Hero Dodge and held the lead until the fifth race, where Hagan, who started slowly at the first two pre-pandemic races then won the Return to Racing event in July, beat him in the opening round at the third Indianapolis event en route to victory, though it was Phoenix winner Johnson who took over the top spot with the MD Anderson Cancer Center Dodge.

Johnson’s lead was short-lived as Beckman won the U.S. Nationals and held it for two races until Hagan and the Mopar Dodge Charger team gained the lead by just 16 points after scoring a runner-up behind Johnson in St. Louis. Beckman beat Hagan at the FallNationals in Dallas to cut the lead to four points then dropped back precipitously after a first-round in Houston, where Johnson scored his third win of the season.

The scenarios: With the points and a half points scoring formula in effect in Las Vegas, what would have been a two-round lead for Hagan over his pursuers is now just more than one round. To get to a 60-point (two-round lead) he’d need to earn 18 more points in qualifying than Johnson and even though Hagan and crew chief Dickie Venables have been the No. 1 qualifier four times this year and could earn the max 18 points in qualifying (10 for low qualifier, eight for the quickest run of each session) Johnson is guaranteed at least one point just for qualifying (assuming he does, but that’s another story).

Caveats: The above scenarios could be impacted if any of the three fails to qualify. Although none of the three have failed to make the show, there will be 18 cars competing for 16 spots, and, well, anything can happen with just two qualifying sessions. This is drag racing after all. For the record, Hagan’s worst qualifying spot this season is 13th, at the second Indy event; Johnson’s worst position was 10th at the Gatornationals; and Beckman’s lowest spot is No. 15, at the third Indy event. 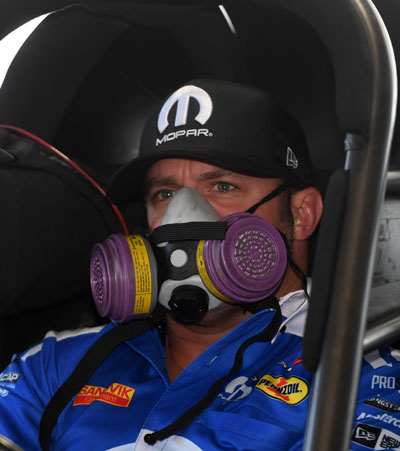 Let’s get crazy: For grins, let’s consider the best-case scenario for Capps. (I’ve got spreadsheets for days on this stuff.)

First, with 18 cars, all three of his teammates cannot miss the field but, hypothetically, let’s say Hagan misses the show. (Forget the fact, if you can, that Hagan hasn’t DNQ’d since 2012.) Hagan would get 15 points for making a qualifying pass and be done at 857 points. If Capps were to qualify No. 1 and earn the maximum eight session points, he’d be at 742 points or a 115-point deficit. At that point, there would still be 120 points on the table if he wins the event. So there. Obviously, if Hagan and Johnson (last DNQ also 2012) or Beckman (last DNQ 2015) fail to qualify, the job gets a little “easier,” not necessarily with respect to points but one less tough car to take out before the final.

Back to reality: There’s also the inescapable specter of an oildown or centerline violation. Hagan already has one centerline infraction (in Phoenix) and another would cost him 10 points. Johnson and Beckman are clean of either this season, but either one here would cost them five points, with multiples on either side going up in five-point increments, so the drivers and crew chiefs will have to be extra tidy to avoid those pitfalls.

“Our Mopar Dodge Funny Car team has done really well at Vegas in the past. We qualify well there, and we actually won that race the last time we were there (October 2019), so we’ve got some great data from that track. We want to qualify well and take it one round at a time, and if we can do that, we’ll be successful. We’re 43 points ahead, but with the points-and-a-half deal things can really turn quickly, but I’d rather be leading than following.” – Matt Hagan 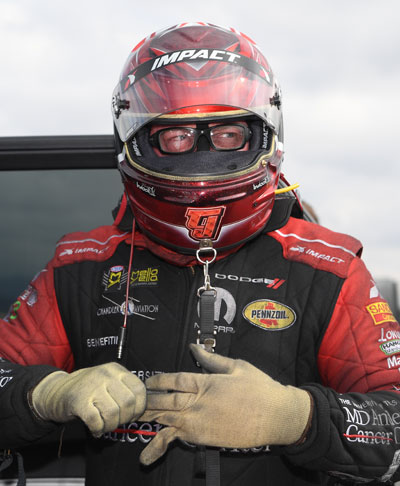 “I'm excited to come into Vegas with a shot at this championship and the team has had a great season. It's been an interesting year for sure and it's coming to the last race of the season. There's lots of mixed emotions. Honestly, I'm happy. We're coming into this last race with a shot at the championship and I'm happy that we even got a season because it looked like maybe after the second race of the year we wouldn't have a season at all. I’m going to go out there and enjoy it and at the same time, give it all we’ve got and ride the momentum we've got coming off the win and the last few races on the tour.” – Tommy Johnson Jr.

“It's probably going to be one of the most thrilling conclusions ever, and I fully expect the championship is probably going to go down to the final round of the final race on the final day of the season. For a fan that's amazing and from a driver's perspective that's the deal you want; to be in it going into the last race of the season. As long as we win the race and Matt (Hagan)'s car is not in the other lane in the final round, I would consider that as perfect a year to a season as I've ever had, so I’m very much looking forward to this.” – Jack Beckman