For 18-year-old Mason McGaha, his senior year of high school is shaping out to be one he will never forget. With plans to make his debut in the NHRA Mello Yello Pro Stock Car category and graduate high school all in the same semester, young McGaha has his work cut out for him.

“I am looking forward to the next couple of months,” Mason said. “In addition to preparing myself for college at the University of Texas, Permian Basin, I plan on getting my Pro Stock license, and race in my first race. We are aiming for Gainesville, but I want to make sure I am confident behind the wheel and don’t want to rush into it.” 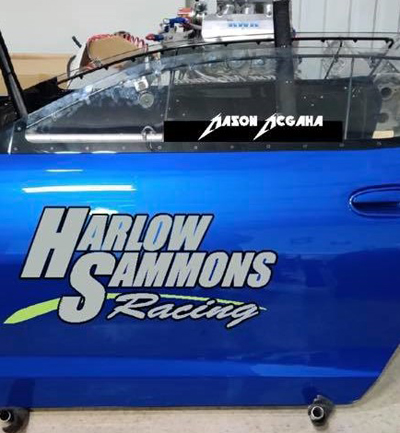 “Racing with my dad and grandpa is what I am looking forward to most. I was raised at the track, and now getting to race a car of my own just seems like the most natural thing.”

Young McGaha started his apprenticeship during the 2019 NHRA Pro Stock season. Father Chris tasked Mason with warming up the car before qualifying sessions at several national events, as well as making burnouts at their home track in Odessa, Texas.

“My dad is making sure I learn the ins and outs of Pro Stock. He wants me to be able to wrench on the car as well as drive it,” he said.

Last November, Mason made some early shutoff runs in his very own 2019 Chevrolet Camaro at The Strip at Las Vegas Motor Speedway after the national event.

“I want to make sure I master the basics before jumping right into making full passes,” he said. “We brought my car to Vegas with us and stayed after the national event to try and get me as much seat time as possible. Driving a Pro Stock car is a lot different from anything that I have driven in the past. The only drag racing experience I have is racing a Jr. Dragster.”

In the coming weeks Mason McGaha and the entire Harlow Sammons Pro Stock race team plan on getting as much practice as possible.

“We’ll test at Bradenton (Motorsports Park) in mid-January, probably several more times at our home track, and then back to Bradenton again before the Gatornationals,” he said. If all goes well, I should have my license and well on my way to competing the rest of the season.”