There will be plenty of JEGS yellow and black at one of the high-performance auto parts giant's biggest events of the year, JEGS Speedweek, a double-header race taking place Thursday-Sunday at historic National Trail Raceway.
14 Jul 2020
Posted by NHRA.com staff
News

There will be plenty of JEGS yellow and black at one of the high-performance auto parts giant's biggest events of the year, JEGS Speedweek, a double-header race taking place Thursday-Sunday at historic National Trail Raceway.

Reigning divisional and regional champions Mike Coughlin and Troy Coughlin Jr. will be joined by Paige Coughlin, Makenna Brown and Jeff Taylor in representing JEGS.com in a variety of classes in both races.

JEGS Speedweek combines the first Lucas Oil Series Division 3 race of the season with the annual JEGS.com SPORTSnationals, a special national event exclusively for Sportsman racers. The D3 race will take place Thursday and Friday, followed by the SPORTSnationals on Saturday and Sunday. 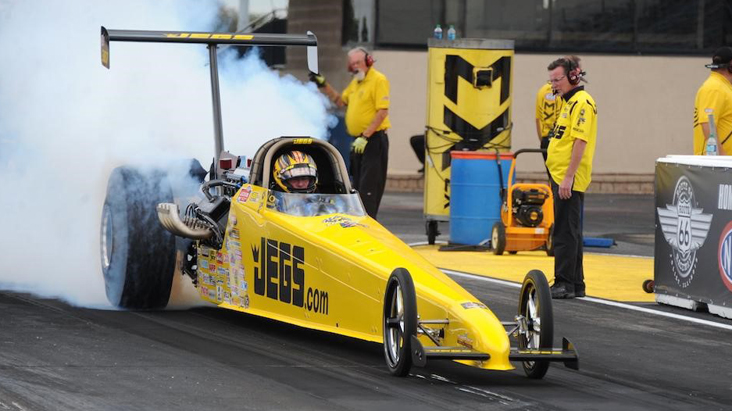 "We have a whole lot of racing ahead of us this weekend and I'm very excited about it," said Mike, the reigning Division 3 Top Dragster champion. "Aside from a little spin I took in Tony Collier's bracket car a few weeks at Dragway 42, I haven't raced since last fall so I'm absolutely ready to get back on the racetrack.

"My guys, Greg Cody, Tony Collier, Dave Raurk and Ryan Micke, did a bunch of work in the off-season to ensure we wouldn't have any drop-off in performance from last year's incredible run and we've just been waiting for the green light to race. I know I'll be treasuring whatever racing we're able to do this year because we never know what will happen."

Mike will follow-up this weekend's race with two more double-header weekends in Topeka, Kan., and Indianapolis.

"We're going to stay very busy and I love it," Mike said. "I couldn't be happier. Starting this weekend at National Trail, which (track owner) Jay Livingston has revived to its former glory and beyond, we're going to have a bunch of fun, and racing with my family makes it even better." 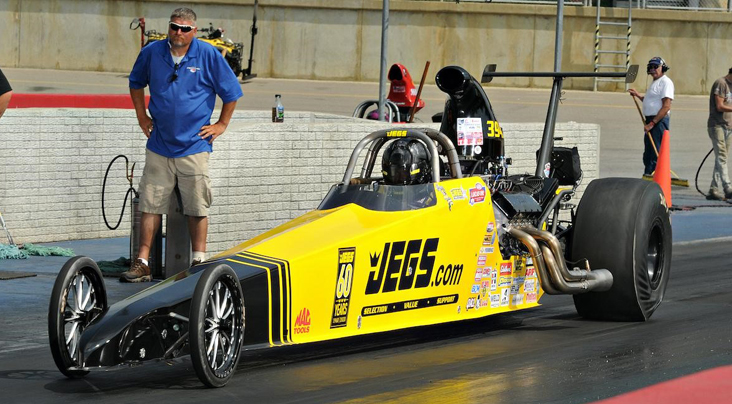 Troy Jr. returns from a weekend outing in Pro Stock to pilot his always-reliable JEGS.com Super Comp dragster. After winning back-to-back regional championships in Top Alcohol Dragster, Troy Jr. is ever-anxious to compete in a pair of races that bear his family's famous company name.

"Any time I'm representing JEGS I take an incredible amount of pride in what that means," Troy Jr. said. "From my grandfather's time starting JEGS here in Columbus 60 years ago to nowadays with my dad and uncles running JEGS and a lot of us third-generation kids working there, it's truly an honor to be a part of it all.

"We have a lot of cars entered in both races and I will be so happy if we can find the winner's circle. It won't be easy because this event has attracted all of the top racers in the country, but we have all the pieces in place to challenge for every trophy." 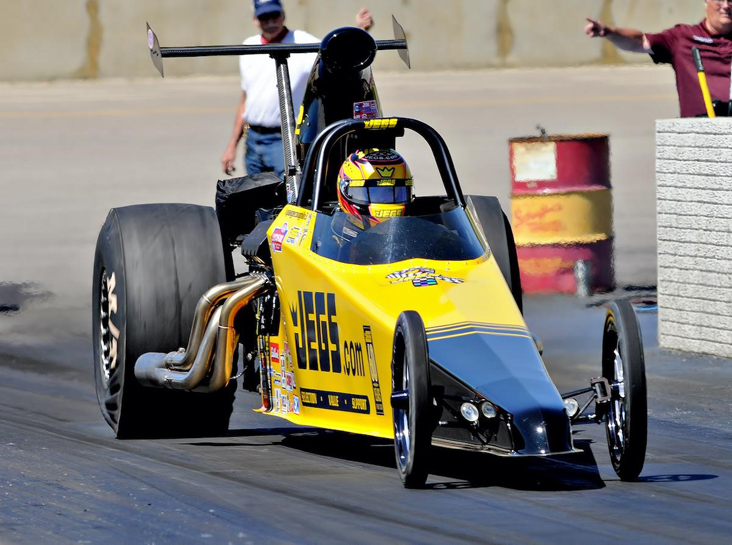 After participating in four high-profile bracket races in the last month, Paige arrives at her home track of NTR looking to turn on as many win lights as possible in her JEGS.com Super Comp dragster. The college junior cut her racing teeth at NTR and says returning to the familiar confines of her local track gives her a great level of comfort.

"I pretty much grew up at this track, either running my Jr. Dragster or watching my brother and my uncles' race, so it's definitely my favorite place to compete," Paige said. "Plus, it'll be nice to race a full quarter-mile again. We did really well at the bracket races so my crew chief Justin Beaver feels really confident in the car.

"It's the first Division 3 race of the year and we're repping No. 32 on my dragster this year so we're coming in with our heads held high. It's always a blast racing with my Uncle Mike, my brother TJ, and my cousin Makenna. Me and Makenna have been racing together a lot and she's doing so well. It's not an easy transition but she's handling it well." 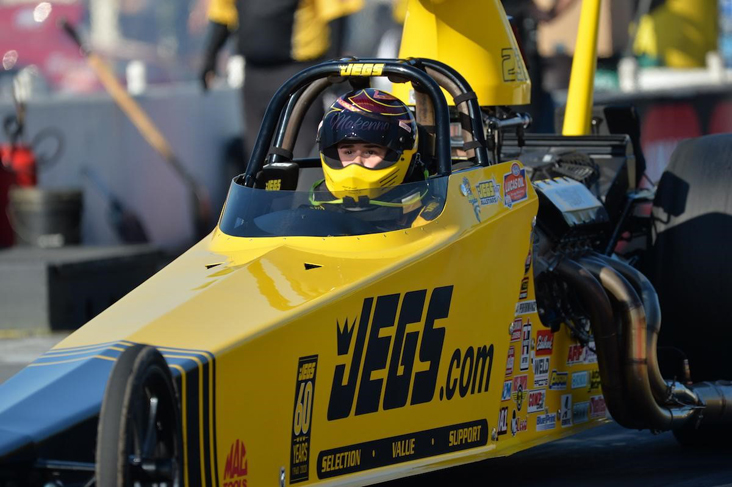 Like Paige, Makenna is searching for her first win in Super Comp, and having two chances at glory during JEGS Speedweek is exciting, although she is more focused on continuing to learn the nuances of driving a nine-second dragster.

"Although it has been around five months since I last raced in Super Comp, I feel really confident going into this doubleheader," Makenna said. "My team and I feel we have the JEGS.com dragster set up really well and I know they've been working really hard.

"It has been nice to get some bracket races in and get more comfortable with the car, but I am really ready to be back with the NHRA. I am so thankful to be able to represent JEGS and my family at the track. I am also excited to return to National Trail Raceway, the track where I started racing Jrs, won my first race and won two back-to-back track championships. I have a lot of good memories there and am really excited to make some more."