For a driver, there’s no more personal piece of safety gear than a helmet. In addition to offering crucial head protection every time a driver cinches tight the straps before each pass, they’re also works of art and self-expression and very near and dear to the hearts of those who own and wear them.

All of that makes NHRA Top Fuel icon Shirley Muldowney’s recent donation to the Don Garlits Museum of Drag Racing all the more remarkable. Muldowney, a three-time NHRA Top Fuel champ and a legend in the sport, has has shipped more than three dozen of her famed pink racing helmets to her one-time arch-rival for display at this museum in Ocala, Fla.

“It’s every helmet I even wore for an entire season,” she said. I’ve had a few one-offs or special helmets I’ve made and worn once or twice that are not included, but the rest are the real deal.”

“They’ve been in my garage for years because I had no room to display them all, and even though I’ve had many offers from people to buy one or two over the years and requests from sponsors, I didn’t want to break up the set,” she explained. “I knew that once I was gone, they might get sold off that way, and that’s not what I want for them, and they’re going to the best place they could be.” 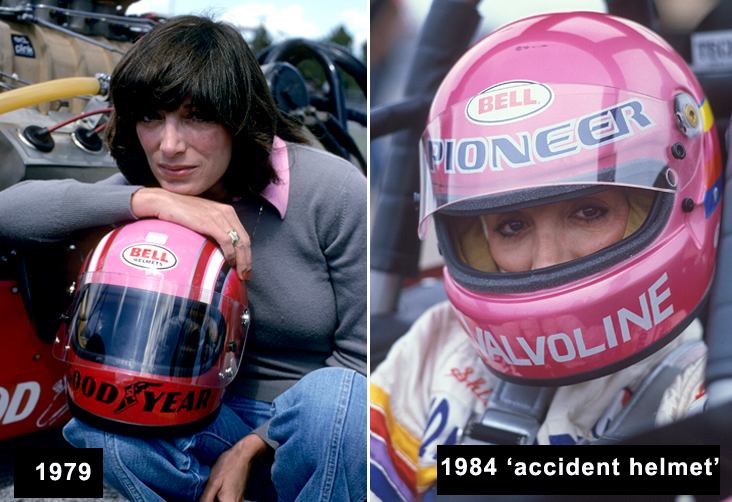 Among the collection are her first racing helmet, worn for six years (1965-71) while she was driving a gas dragster; the helmet she wore during her breakout first Top Fuel win at the 1976 Springnationals; and, of course, the helmet she was wearing at the 1984 Grandnational in Montreal where she suffered near-career-ending injuries.

The “accident helmet” comes with a complete written breakdown on Snell’s findings, and a circled “impact starburst” on the top right side showed a hit that was equivalent to being dropped off an eight-story building. The Bell helmet –- as all of her helmets have been for decades –- protected her. “I had no head injuries, just a giant headache that lasted a year,” she said. 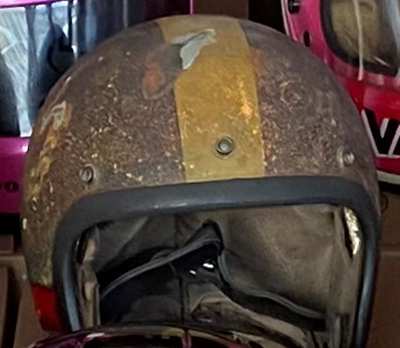 Also included is the helmet worn during her nasty 1972 fire in West Salem, Ohio -- the original red paint was burned off except for where her goggle straps were -- and also her helmet from her U.S. Nationals fire in 1973.

The identical pink and white checkered helmet is her favorite because it’s adorned on the back with John Pugh artwork of the Titanic. She’s a huge fan of its history and had two made just in case one was lost, damaged, or stolen. Other helmets include artwork of the World Trade Center, Princess Diana, and the cartoon clownfish Nemo, the latter a real statement for her. “Clownfish are immune to the toxic coral where they live and not affected by it,” she explained. “Pugh thought that fit me pretty well throughout my career.”

Muldowney also donated to Garlits the firesuit she wore on her final pass down the dragstrip at the 2003 NHRA Finals.

“We’re happy to have them and will make sure they’re not only displayed together but protected,” Garlits said. “We’re making a special glass cabinet and keep them secure

“It’s very unusual that someone would keep all of the helmets like that, so to have an entire collection is just very wonderful. We already have quite a bit of her we have the car from the movie (the 1984 biopic Heart Like A Wheel), we have her last ride, we have her Funny Car, and the car of hers that I made some runs in (1989 Dallas).”

The museum is open to the public. Fans attending the Amalie Motor Oil Gatornationals can visit and see drag racing history. The museum is located at 13700 SW 16th Ave, Ocala, FL 34473. 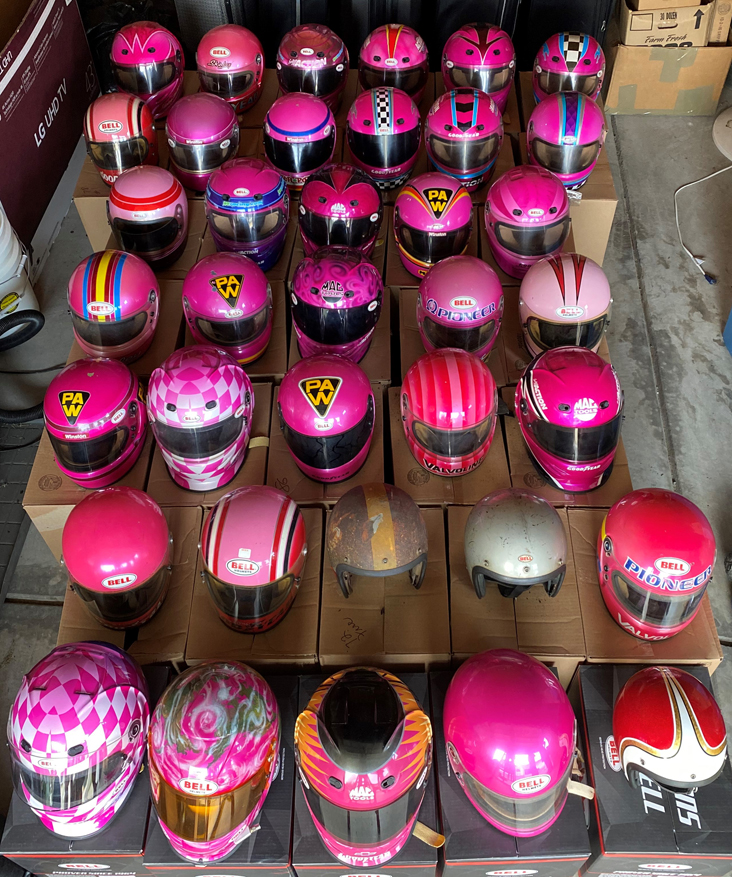