The distinct rumble of 500-cid NHRA Pro Stock engines could be heard this morning at Florida’s Bradenton Motorsports Park where the championship winning Elite Motorsports team kicked off pre-season testing with their fleet of 210-mph hot rods. For the Elite team, this marked the first of several tests planned ahead of next month’s Pomona season-opener, which is also the 50th anniversary of the NHRA Pro Stock class. 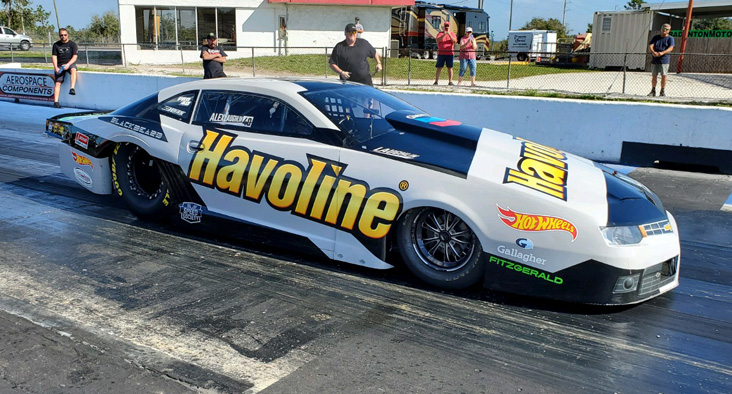 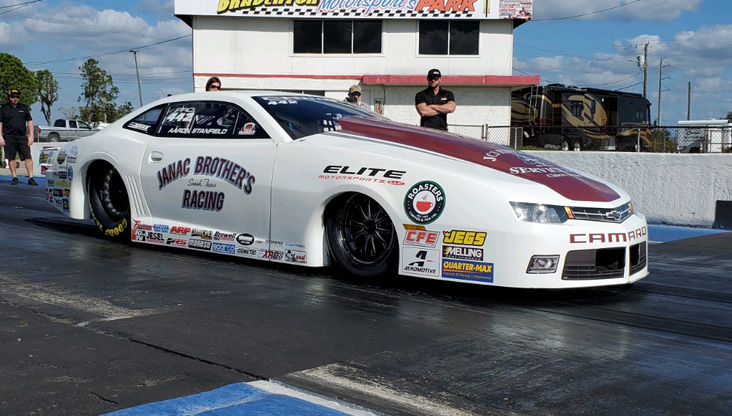 Monday’s test session, which was not open to the public, included Elite regulars Erica Enders, Alex Laughlin and Aaron Stanfield along with newcomers Brandon Foster and Marty Robertson, who are both licensing this week. On Monday, Enders did not make runs in her Melling-backed Camaro. Instead, the three-time world champion kept herself busy offering guidance to her teammates, particularly Robertson and Foster, who are both expected to debut in Pomona.

“This is a private test session to get our two new drivers acquainted and familiar,” said Enders. “We are also using this time to get some hits for Aaron, Alex, and Jeg as well. We will start testing with my car tomorrow [Tuesday] or Wednesday depending on how we feel about the progress with our new teammates. My job here is to make them as good as I can before the year starts so that’s my focus.”

Two-time Northeast Region Top Alcohol Dragster champion Troy Coughlin Jr. was also on hand to make runs in his uncle, Jeg’s Elite-powered black and yellow Chevy Camaro. Troy Jr. is already licensed in Top Fuel, Top Alcohol Dragster, Pro Mod, and a variety of sportsman classes, but has long wanted to follow in the footsteps of his grandfather, father, and uncle, and drive a Pro Stock car. Despite the change of scenery, the third-generation racer currently has no plans to give up his current Top Alcohol Dragster ride with team owner and crew chief Rich McPhillips. 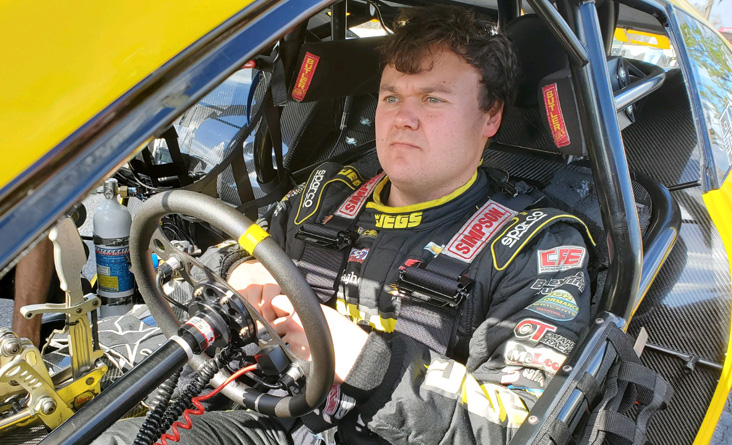 Central Florida is expected to be a busy place for NHRA teams over the next few weeks as more Pro Stock, Pro Mod, and Sportsman teams continue to migrate South to test. The 2020 Lucas Oil Drag Racing Series also kicks off at Orlando Speed World Dragway, Jan. 31-Feb. 2. The bulk of NHRA’s nitro teams plan to head west for testing in Las Vegas and Phoenix prior to the Lucas Oil NHRA Winternationals presented by ProtectTheHarvest.com, Feb. 6-9.