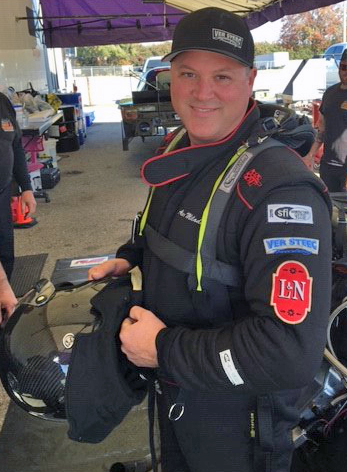 “I’m excited to have that licensing monkey off my back,” said Miladinovich, who ran 4.64 at 265 mph and 4.66 at 248 mph in his Toyota-bodied machine. “It’s been a long time coming to get to this point, but that top-end charge was everything I thought it would be. It was awesome Force came over and gave me the John Force Speech and it’s everything he ever said in every interview; he was what turned me onto to Funny Car, his Oldsmobile with the flames on it back in the 1990s at my first drag race. This is why I got into it, and I love it.”

Miladinovich and crew chief Kevin Poynter had already tested their “big show” combination in a November test session alongside Del Worsham and Alexis DeJoria and was getting guidance from Worsham for the leap into the Pro ranks.

“Worsham gave us some [clutch] levers that he runs in his school cars; it’s something he came up with that basically the car cannot smoke the tires,” said Miladinovich. “It was really bitchin’. It really helped us out. He’s been a huge help for us and really shortened our learning curve. In fact, every team out there has been helping us out with stuff.

“Kevin has been super to work with and he’s had a lot of his old friends keeping an eye on us to make sure we don’t do something stupid. I feel confident; I know that as a new team we have a lot of work to do, just cutting our teeth and sorting out the bugs. I’m excited just to be there. 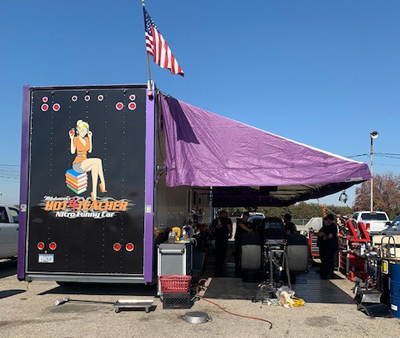 The 33-year-old father of two from of Orange, Calif., a veteran of eight seasons in Nostalgia Funny Car, has dubbed his car Hot for Teacher in honor of his wife, Marcie, who is an elementary school teacher with a masters in child

“Now that I finally got my license and I’m not just selling blue sky, people are beginning to step up with the support,” he noted. “I just need to work on being a better salesperson for this program. It’s not like just because you have a Funny Car that your ship has come in and people with be beating down your door. I have to go swim the waters and find it.”