A nine-piece collection of NHRA-branded diecast vehicles will be available in early September at Walmart locations in the United States.
09 Sep 2020
Posted by NHRA.com staff
News

JRL Group, Inc., NHRA’s exclusive licensing agency, has secured a licensing partnership between NHRA and Castline Inc. for a series of NHRA diecast collectables under their M2 Machines brand.

“Castline Inc./M2 Machines is excited to be partnering with the NHRA," said Sean Taylor, VP of Design. “Having seen my first race at Auto Club Raceway at Pomona at 14 -years old, I have been a lifelong NHRA fan. It is a dream come true to bring my passion for racing and its history into my M2 Machines designs.”

“We are looking forward to a long-lasting partnership with the NHRA,” added VP of Operation Jimmy Chau.

The debut NHRA 1/64 scale diecast release part number 32600-WTMS13 will be available in early September at Walmart locations in the United States. The nine-piece collection of vehicles will each be uniquely wrapped and skinned in NHRA branding.

The series will feature a 1956 Ford F-100 Tow Truck, a 1957 Chevy Bel Air Gasser, a 1957 Chevy Sedan Delivery, a 1965 Ford Mustang Gasser, a 1966 Dodge Charger Gasser and 1969 Chevy COPO Camaro. The release will also feature three hard to find chase pieces that will keep collectors on their toes to hunt down. Each individual piece will include nearly 30 individual parts as M2 prides itself on offering enthusiasts the most detailed and accurately replicated diecast models on the market in 1/64th scale.

“We are so excited to be working with Castline on a NHRA diecast collectibles program,” said Andrew Lieb, President of JRL Group. “NHRA continues to build on the relationship with fans that start when they are kids and we want fans of all ages to experience the high octane NHRA brand through a wide variety of Official Licensed Products.”

The NHRA Licensing Program continues to expand focusing on lifestyle products such as apparel and accessories, home decor as well as items for the garage for the auto enthusiast such as automotive accessories, automotive tools, appearance and other automotive related products. 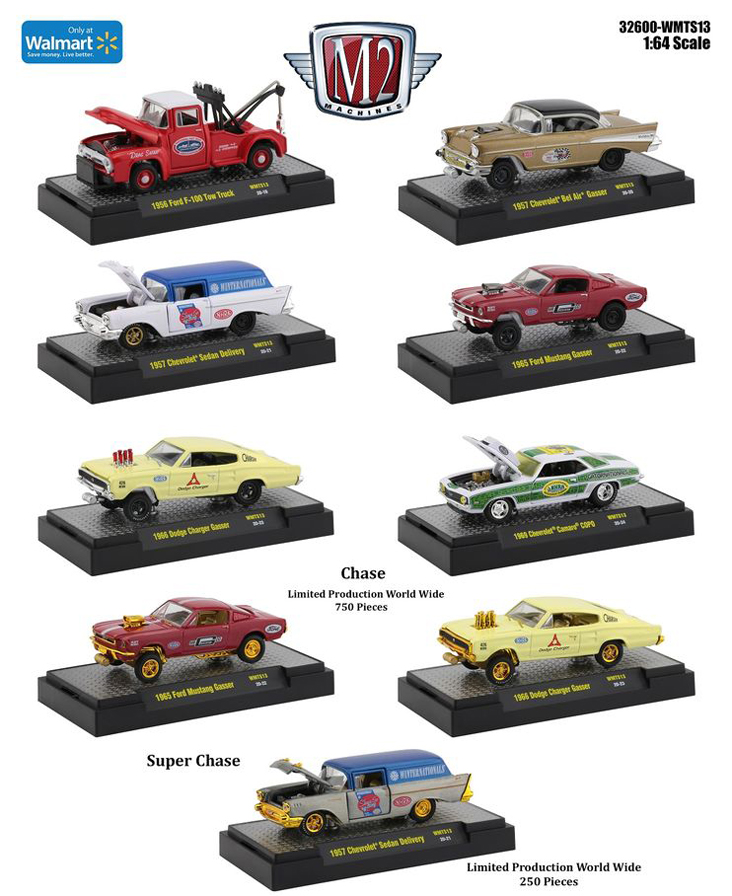