Larry Morgan, Tony Christian will be part of Pro Stock salute at Gatornationals

Larry Morgan and Tony Christian, two great and colorful drivers from Pro Stock history, will be the guests of honor at the Amalie Motor Oil NHRA Gatornationals as part of NHRA’s yearlong salute to 50 Years of Pro Stock. 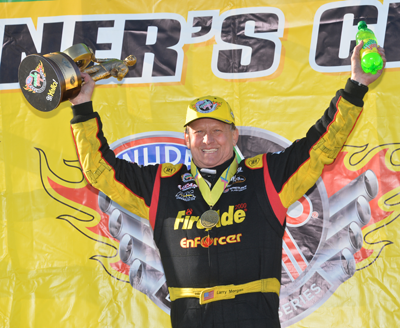 Morgan’s most recent Pro Stock win came in Denver in 2015 and he has only competed sporadically since then. After his fulltime driving career ended in 2017, Morgan began applying his mechanical expertise and aptitude to helping competitors in Pro Stock Motorcycle and Pro Mod. 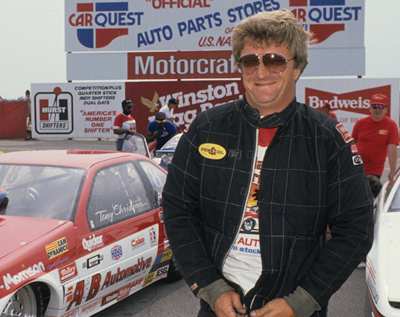 The often-brash Christian, who lives in Sarasota, Fla., also came to Pro Stock from the Sportsman ranks. He was a four-time NHRA national event champion in Modified Eliminator in the mid-1970s with his ’67 Corvette gasser and was the championship runner-up behind Larry Kopp in 1976.

Christian collected his first of three NHRA Pro Stock Wallys at the 1988 event in Memphis, where he defeated the still-active Kenny Delco. Christian’s other two victories -– in Brainerd in 1988 and Dallas in 1990 –- came over a pair of respective world champions in Bob Glidden and Darrell Alderman. Christian’s last of six NHRA Pro Stock final rounds came at the 1990 World Finals, where he fell to Glidden. His best career finish was third, in 1988.

After leaving Pro Stock in the early 1990s, Christian became heavily involved in the fledgling Pro Street world and went on to dominate National Muscle Car Association action for years.

To purchase general-admission or reserved seats for the Amalie Motor Oil NHRA Gatornationals, call (800) 884-NHRA (6472) or visit www.NHRA.com/tickets. Kids 12 and under are free in general admission areas with a paid adult.