For Frank Hawley, the business of grooming future NHRA champions races on

As a two-time NHRA Funny Car world champion, Frank Hawley knows what it takes to reach the pinnacle of the sport, but 2019 proved to be a milestone for the man who along with his fellow instructors has taught the fine art of drag racing to thousands of aspiring champions for the last three decades, with more than 25,000 graduates since 1985.

All five of them came to Hawley's school in different stages of their careers. Torrence took the Alcohol Dragster class and went on to become a champion there before his most recent Top Fuel triumphs. Hight had never driven any serious race car and started with the school's Super Comp dragsters before advancing to Alcohol Funny Car. Enders and Meyer, both graduates of the NHRA Jr. Drag Racing League, started in Super-class cars -- Enders in Super Gas and Meyer in Super Comp -- before progressing to faster cars. Enders even earned a licensed in the school's Alcohol Funny Car, as did Jackson. 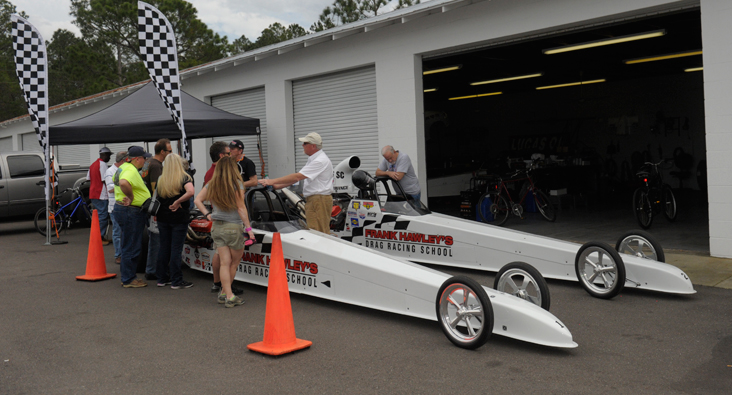 “It’s pretty amazing when I think about it,” said Hawley, who wheeled the famed Chi-Town Hustler Funny Car to back-to-back NHRA championships in 1982 and ’83 then founded the school in 1985. “When we opened the school three decades ago, we had no idea how successful the program would become.  We began with a curriculum that would suit the needs of the beginning racer but soon discovered that many of our customers were fairly experienced and were looking for more advanced training.  So, we started gearing our training towards serious racers.

"When we started in 1985, you always hope that something will be around for a long time and to have been a part -– even just a little part -– of so many people’s lives and what they’ve been able to accomplish is very special. We have people coming that want to or need to get licensed, and they’re going racing, they’re buying parts, they’re becoming members of NHRA, so to think that playing a part in that is pretty cool, and we feel honored that when people get serious about racing or wanting to get better at racing they’re still coming to us. We licensed 16 new drivers in Super Comp and Super Gas just this last week.

"It’s interesting to watch people who are familiar with the sport –- maybe they came from a racing family or they work on a crew -– and watch them the first time they get out of our Super Comp dragsters and there’s an awakening like, ‘Man, these things are really fast’ and they realize that it may take a fair amount of time to get proficient at this and maybe beat someone someday. One of the really interesting facts that we’ve discovered is that about three of four drivers that come through our class are going to be towing a racecar to the track within six months of leaving the class. That’s a pretty impressive number."

Throughout the years many of the school’s grads have won everything from world championships to ‘Big Money’ bracket races.  The list of Frank Hawley graduates reads like a “who’s who” of drag racing, including 2019 NHRA Rookie of the year John Force Racing Top Fuel driver Austin Prock, shown below in the school's Funny Car in 2018.

“The first drag race car Austin drove was our Super Comp dragster before moving up to our Alcohol Funny Car.  Coincidentally another one of NHRA’s newest stars, Top Fuel driver Jordan Vandergriff, was also in Austin’s Super Comp class,” said Hawley. “Both Austin and Jordan had a great first year and we’re all looking forward to watching them as their careers develop."

In fact, John Force Racing has sent most of its drivers through the Hawley school. Mike Neff came behind Hight and all of the Force girls –- Ashley, Brittany, and Courtney -- all got their first seat time at the school.

“I am so blessed to have met and worked with these and other great drivers over the years,” continued Hawley.  “I stay close with many of them and feel fortunate to have watched them develop into champions. I was talking with Erica a while ago and one of the things we really preach in the class is keeping your eyes on the finish line and how crucial that is once you get into the faster cars -– it sounds simple but it’s not –- and she told me that she continues to remember that when she pulls up to the starting line. Her little phrase is ‘Eyes high’ and I just thought that was so cool that after all of these years and after all of the riving she has done that there’s still this one tiny thing that she took from the class and made her own. I hear those stories all the time from other drivers, and it’s very rewarding. Obviously, Robert and Erica have been around a long time, but it’s also very exciting to see some new drivers out there contending for championships in 2020."

And for Hawley, a professed "people person," it's about teaching more than the Xs and Os of how to drive a race car. 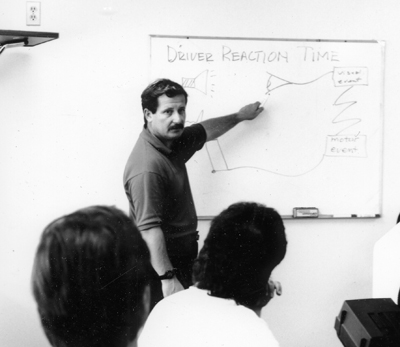 “We get into so many other topics that are a little like sports psychology but are actually beyond that: How we think and act and behave and perform and what we can and can’t control in our heads," he said". It’s far beyond ‘Hold the steering wheel this way and put your right hand over here.’ I think that most drivers who have gone through the class will tell you that they remember things we talked about in the classroom and not on the track that made a difference.

“It’s about how we think and how we treat me people and respond to adverse situations and problems and people will ask me, ‘Well, what does tat have to do with driving a car care?’ and it’s because there’s a person in it. We sometimes have difficult, complicated lives and yet for a period of time that all need to leave so you can focus and drive, and there are actually things you can do to help you do that, as opposed to someone telling you ‘Just focus’ I mean, that’s nice, but how do you do that? That what we like to teach people.”

And while he's proud to be able to say that the five 2019 champions all spent time at his school, he's humble and keeps it in perspective.

"To be absolutely honest, I don’t want to take any credit; it’s just cool to be part of it," he said. "When Lana and I went to the PRI Show in December, It took us an hour to just to walk across the building with people coming up and introducing themselves an telling us about their experiences at our school –- when they came, what they drive, and how much they enjoyed it -– how cool is that?"