Bob Glidden owned Pro Stock in the mid- to late-1980s, winning five straight championships from 1985-1989, a streak that coincided with his domination of the NHRA national event in Phoenix, which Glidden won in each its first four years.
19 Feb 2020
Phil Burgess, NHRA National Dragster Editor
News 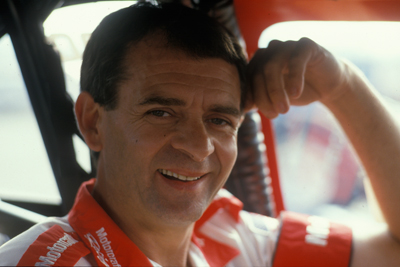 Throughout 2020, NHRA will be celebrating 50 Years of Pro Stock with special exhibitions and features at national events and showcasing the long history of the class on its media channels. Prior to each event on the 2020 schedule, NHRA National Dragster will focus on one Pro Stock moment from the history of the event. This week: Phoenix.

Bob Glidden owned Pro Stock in the mid- to late-1980s, winning five straight championships from 1985-1989, a streak that coincided with his domination of the NHRA national event in Phoenix, which during that era was the second to last event of the season.

Glidden won the event in its first four years (1985-88), often using a Phoenix victory as a final seal to a title-winning season, and was runner-up in the fifth, in 1989, which helped seal what ultimately was his 10th and final NHRA world championship.

At the wheel of his Ford Thunderbird, Glidden defeated Bill Jenkins protégé Joe Lepone Jr. to claim the 1985 win en route to what was his sixth season title but his first since 1980.

In 1986, just one race after his victory in Dallas made him the first driver in NHRA history to win 50 events, Glidden added No. 51 when he bested Dempsey Hardy to win the 1986 Phoenix event. He then finished the year by winning the World Finals to win the world championship with nearly 2,000 points (10 rounds), finishing ahead of Warren Johnson for the second straight year.

Glidden won eight times in 1987 to easily win the championship by more than 4,000 points over second-place Butch Leal, whom he also defeated in the 1987 Phoenix final. As he did in 1986, Glidden sealed his season with yet another victory at the World Finals.

Glidden added seven more wins in 1988, including the Phoenix event for the fourth straight time when he again bettered championship runner-up W.J. for the title.

Glidden’s unbeaten streak in Phoenix ended in the 1989 final against Darrell Alderman, who would steal Glidden’s championship crown in 1990. All told, Glidden won 19 straight rounds in Phoenix before losing to Alderman, but by that time, he had scored his 75th career win (Reading earlier that year in one of the first races with his new Ford Probe) and locked up his 10th and final world championship with a first-round victory over Don Coonce.

And, of course, he finished out the season with yet another win at the World Finals to cement another title with a 3,500-point edge on second-place Bruce Allen.