The Swartwood family from Colorado was named the winner of NHRA’s MY USNats contest and will receive an expenses-paid trip to this year’s Chevrolet Performance U.S. Nationals.
28 Aug 2019
Posted by NHRA.com staff
News

Jeanne explains the significance to the video they submitted:

“Our nephew, Cody Swartwood, has worked for Terry McMillen as the bottom-end guy since the start of the 2015 season. His first year of working for an NHRA team was midway through the 2014 season and he worked on Clay Millican’s car until the end of that season. The following February he joined Terry’s crew.

“Tom’s family has raced at Bandimere since the 1980s with their ‘68 Camaro that Tom now races. When Cody gets the chance to come back to Lakewood, Colo., he races the ‘71 Nova that belong to his mom Jenni before she passed away eight years ago from breast cancer. Our son Robby races a Jr. Dragster and our daughter Katie (not in the video), Lexie, and I take turns racing my 2011 Camaro Convertible. Tom’s parents, Bob and Sue Swartwood, still go to the track with us, too. Cody now lives full time in Indy along with his fiancé Michelle, who now works at the Amalie midway display. When Cody comes home on one of the few weekends off or holidays, he stays with his grandparents Bob and Sue and spends most of his time here in the garage working on the cars with family. Cody’s mom would be so proud of him working on a Top Fuel car, chasing his dreams!  Terry and Cori McMillen and Rob Wendland have created a family environment on the team and Cody enjoys working for them!

“We watch the events on the live feed on NHRA TV either at home, in the garage or at Bandimere if we’re racing! Thank you, guys, for providing that service! We love being able to watch the events live! Thank you all so much! We are so thankful for the opportunity to go to the U.S. Nationals!”

Even though the grand prize was a trip for two, the family purchased additional airplane tickets to ensure that all members of the Swartwood family would be in attendance at the event to root on McMillen as he tries to win a second straight U.S. Nationals. 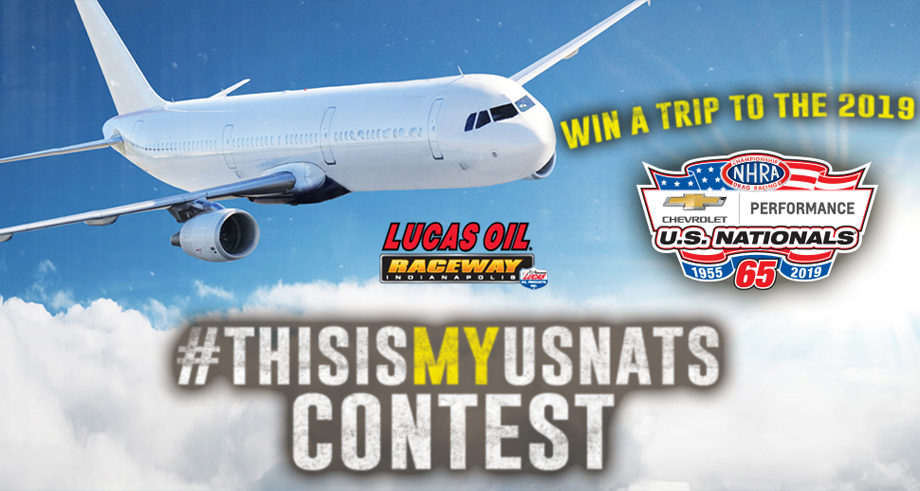