Two-time U.S. Nationals champion Cory McClenathan, whose 34 career Top Fuel victories still rank him among the top 10 winners in the class’ 54-year history, will hang up his driving gloves at the end of the 2019 season.

McClenathan, who finished in the top 10 in the points standings 18 times, including four championship runner-ups in the 1990s, will go out strong, competing at the final three events of the 2019 season -- the AAA Texas NHRA FallNationals in Dallas, the Dodge NHRA Nationals presented By Pennzoil in Las Vegas, and the Auto Club NHRA Finals in his native Southern California – in Dexter Tuttle’s dragster with backing from several of his longtime sponsors including Nordic Boats, RevChem Composites, ColorFast, motorsports hall of famer Larry Minor, and Lucas Oil.

“It's actually painful to say, ‘Hey it's time to retire,’ but at the same time, I’m 56 years old and I've had a really good career,” said McClenathan, who also is ending a three-year stint in off-road truck racing that he did between drag races to spend time with his family.

“I’ve been blessed. I was just in the right place at the right time, and I got to work with, race against, and know some of the greats,” he said. “I got to race Don Garlits and Shirley Muldowney, and competed for championships against guys like Joe Amato, Kenny Bernstein, Don Prudhomme, Tom McEwen, Eddie Hill, Larry Dixon, Gary Scelzi, and my good friend Scott Kalitta. It was just such a strong category back in that day and I was right in the thick of things during that whole time.” 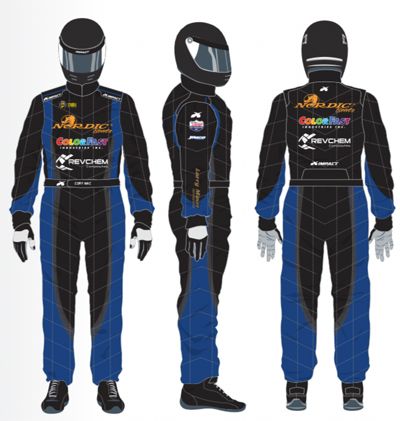 McClenathan has run only partial schedules since his last full-time ride with Don Schumacher in 2010 but before that he had driven for the likes of Larry Minor and Joe Gibbs in the successful McDonald’s-sponsored dragsters early in career, and for many years ran family-owned cars. Since 2010 he’s run sporadically as he continued to search for financial backing, taking driving jobs with Darrell Gwynn, the Carrier brothers, David Baca, Rapisarda Racing, Mike Dakin, and, since 2016, with Tuttle.

“I just want them to know how much I appreciate everything through the years that everybody has done for me,” he said. “The way [NHRA founder] Wally Parks treated me when I was coming, up he was just so inspirational. NHRA, Winston back then and now Coca-Cola and everything they’ve done and are doing for the sport to make it thrive and keep thriving and getting bigger and bigger again.

“Also, I want to thank my racer friends and competitors. When I was coming up I was I was really looking for guidance, guys like Kenny Bernstein and Ed McCulloch along the way people who I could really go to and say, ‘What do I do when it does this?’ Those are the moments that I really look back now and I really cherish. Guys like Larry Minor and Joe Gibbs who really gave me my start and, most of all, the fans. They really had my back, and still do. I’ve really been blessed.”

That he still ranks ninth among Top Fuel winners nine years removed from his last victory, in Seattle in 2010, speaks to the kind of success that McClenathan enjoyed in his more 20 years in the class. His 34 wins rank him just one behind class legend Garlits, but add in the four victories in Top Alcohol Dragster before he switched to Top Fuel and he’s enjoyed a career not matched by many.

McClenathan finished second in the championship battles in 1992, 1995, and 1997, and also finished third four times. The 1992 championship runner-up behind Joe Amato is especially memorable in that he finished less than a round back despite skipping an entire event.

In addition to career-making wins at Indy in 1996 and 1999, McClenathan also won the Top Fuel vs. Funny Car Winston Showdown event in 2000, swept the Western Swing 1997, and won the inaugural NHRA Four-Wide Nationals in 2010. He also was the first to exceed 320 mph and the first to run below 4.8 seconds.

“The biggest regrets, of course, are not winning a championship – bridesmaid four times – and not catching Garlits with a 35th win,” he admitted. “But I’ll tell you, you can bet your butt I'll be trying to find the winner's circle one way or another at these last three races.

“We're going to give it all we can and come out and try to break some hearts. I’m really looking forward to it. I really am. I'm excited. Dexter has been spending money to upgrade the car with injectors and blowers and just everything that we have to go out and lay down some good times and have a shot of going some rounds, and has hired Doug Kuch as his co-crew chief, along with Tony Shortall. I don't want to mess up anybody's points stuff but when the car starts up I want to win. Period.”