The NHRA South Central Division Moser Sportsman Shootout is set to take place on Saturday, April 6 with a stacked field. The specialty event is contested in conjunction with the NHRA Lucas Oil Drag Racing Series doubleheader weekend at Texas Motorplex.

Slate Cummings, Austin Williams, Henry Kindle, and Koy Collier will all be returning from last year to race once again for a chance at the title.

Through a season long point’s battle in 2018, the top two Moser Sportsman Shootout point’s earners in each of the seven classes in competition are slotted into the 16-car field while Max McGlothin and Rick Legaux will complete the ladder as the Moser Shootout Wild Card entries.

The Moser Sportsman Shootout is unique in that racers from seven entirely different class structures Super Stock, Stock, Super Comp, Super Gas, Super Street, Top Dragster and Top Sportsman will be racing each other. Eliminations will be in a dial-in/breakout handicap format on an eighth-mile. 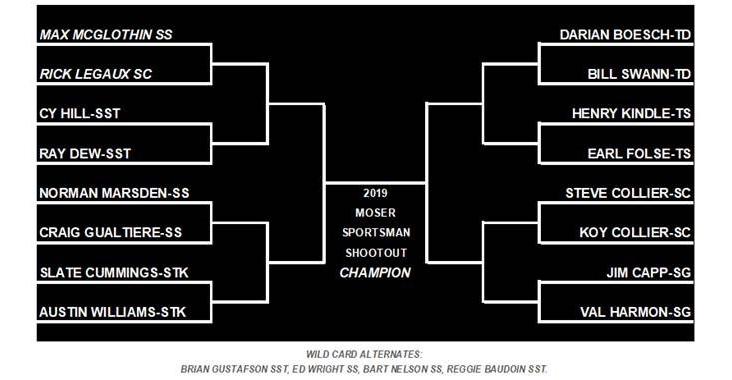