Two of the three NHRA Power Rankings leaders won at the NGK Spark Plugs NHRA Four-Wide Nationals in Charlotte and the other runnered up. So, no, the leaders did not change as we get ready for a quick turnaround before the Arby’s NHRA Southern Nationals in Atlanta. Stasis is inevitable. Eat at Arby’s.

Instead of focusing on the leaders, who are known quantities, let’s talk about who made the biggest moves in each category before giving a rundown of the top 10 in the three categories contested in the Tar Heel State. Jerry Savoie won the Pro Stock Motorcycle championship in 2016 and made a big move on his Tim Kulungian-tuned bike at zMAX Dragway. Why? Let’s take a look.

The Suzuki bikes all got a boost when the already heavier EBR, Harley-Davidson and Buell bikes picked up 15 pounds of weight following the Amalie Motor Oil NHRA Gatornationals. That gave Savoie an extra bit of competitive advantage – that’s just extra context; it’s very likely expert tuner Tim Kulungian was going to get some extra speed out of the Cajun’s bike shortly anyway.

Savoie averages an elapsed time of 6.891 over the past six races, which is dead average. He gets down the track 72 percent of the time which is good, not great, and his average reaction time is .041. That gives him a power ranking of 51.43 – which is just above average (50 is considered average in NHRA Power Rankings, as a little FYI for those who care). The reason Savoie moved so much is because he had some ground to cover. That’s not to damn him with faint praise, but those are the facts.

His teammate, Karen Stoffer, landed on the pole and is currently in the No. 11 position – just 0.77 points behind Ryan Oehler. She’s a terrific rider (her .026 reaction time average is second-best in the class) and she’s a good bet to win a race this year. The White Alligator Racing team struggled with power towards the end of the 2018 season. If that is not the case in 2019, watch out. 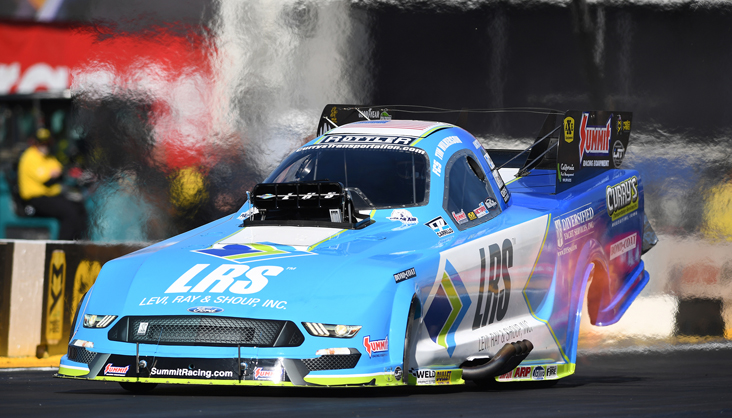 Here comes Tim Wilkerson. He remains a middle-of-the-pack racer in many ways, but man that’s impressive for a guy that does so much himself. Richard Hartman, his car chief, deserves a lot of credit as well – as does anyone who works countless hours on the Ford Mustang Wilkerson campaigns full time against better funded machinery.

The 3.961-second elapsed time Wilkerson averages is quicker than multiple Don Schumacher Racing Funny Cars. That’s impressive without any extra data. Consistency remains his Achilles heel, though if his ceiling is a dark horse on elimination day … he’ll probably take it. Wilkerson is getting down the track 50 percent of the time. That’s not going to get it done (probably) if a championship is his endgame [synergy alert]. But he’s up to fifth because he’s quicker than average, faster than average, and only slightly slower than average on the Tree. 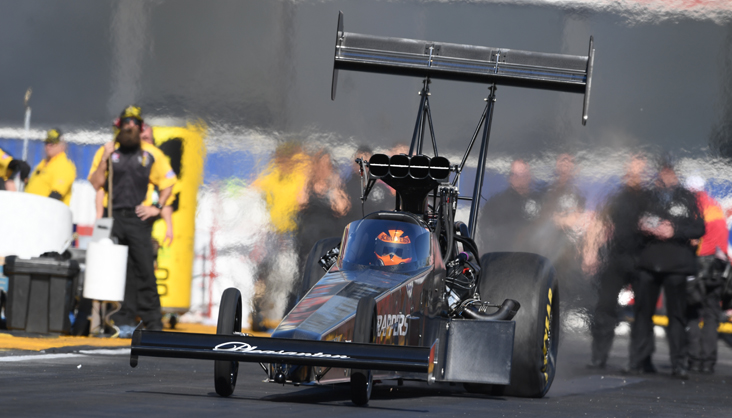 Mike Salinas, much like Steve Torrence before, and Brittany Force before, and Tony Schumacher before and… you get the idea. Having Alan Johnson as a crew chief pays dividends and, at the same time, Salinas’ improvement as a driver while handling impressive machinery is worthy noting. His reaction times are so-so, but he’s only .007 second behind Steve Torrence. His consistency numbers are getting close (he gets down the track 72.7 percent of the time) and when we get to the Countdown… well, anything can happen. He’s a title contender.