Following a breakthrough win in Pomona, Bart Smith is now a perfect two for two after his second straight victory in Top Sportsman presented by Racing RVs. Smith remained perfect through the first two events of the new season with his win in Phoenix, and Cody Lane scored a long-awaited triumph in Stock with his Corvette, a car that was nearly destroyed a year ago in a preseason trailer fire. 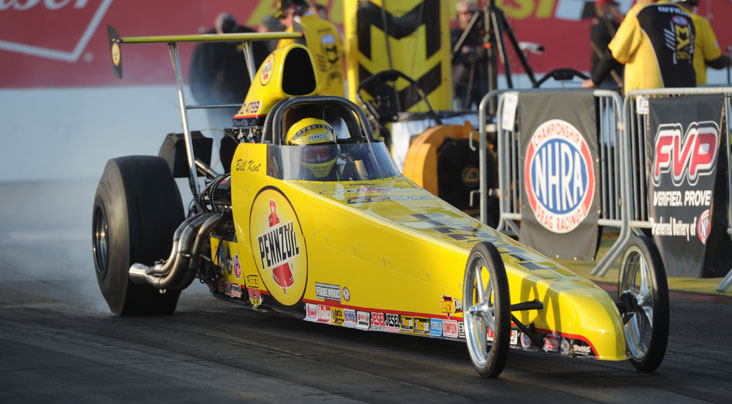 After a pair of runner-up finishes, Kent broke through for his first national event victory in Comp by stopping veteran Ralph Van Paepeghem in the final round. Kent, in his B/Dragster, was competitive when he needed to be with a semifinal performance that included a .001 reaction time and a (-.549) 6.691 to stop Tony Mandella. Losing four-hundredths of a second to the Competition Index Control did little to hurt Kent in the final. He made his best run of the weekend with a (-.543) 6.657 to outpace Van Paepeghem’s (-.472) 7.318. [video] 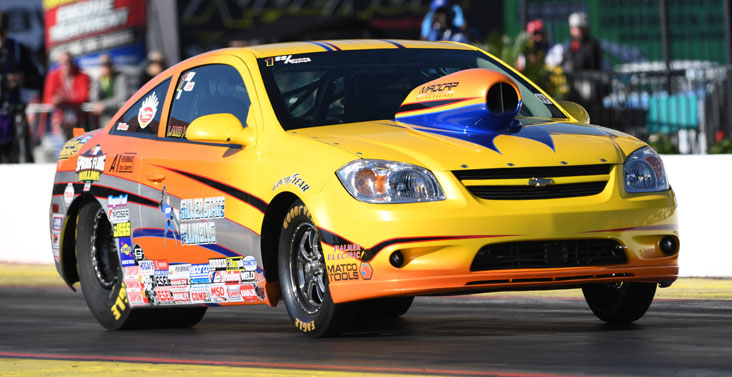 Five-time NHRA champ Lamb bagged career win No. 25 when he downed Rick McKinney in the Super Stock final. Lamb made few mistakes in eliminations during his wins against Stan Holt, Kyle Rizzoli, Mike Graham, and Jody Lang. Lamb finished the job by driving his Silver State Plumbing Cobalt to a nearly perfect 8.588 on his 8.58 dial in the final round. Equally as impressive was the performance of McKinney, who made it to the final round for the second straight race. McKinney ran his record for the year to 10-2 in eliminations rounds with his second runner-up finish. [video]

It took the better part of eight months for Lane to rebuild his Corvette after it was nearly destroyed in a trailer fire on the way to the 2018 opener in Pomona. In the car’s seventh appearance, Lane was able to put it into the winner’s circle, capping off the victory by beating five-time world champ Jimmy DeFrank in the Stock final round. Lane was on top of his game in the final with a .012 light and an 11.358 on his 11.35 dial that left little room for DeFrank, who lost in spite of a 9.905 on his 9.88 dial. [video] 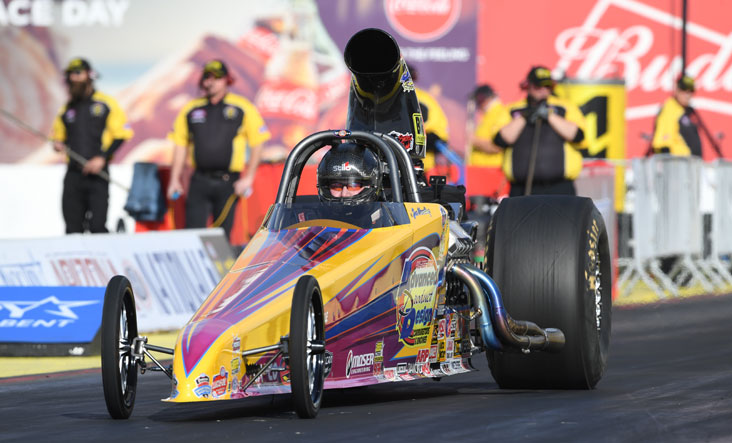 Two weeks after opening the season with a Super Comp win in Pomona, Wright reached the final in Phoenix before his 11 round-win streak was snapped by Anderson. Now, a nine-time national event champion, Anderson finished off the job with a .018 light and an 8.918 that put him .0022-second ahead of Wright at the finish line. Anderson, also a national event champion in Super Gas, used an 8.907 run in the quarterfinals to beat Rick Milinazzo to earn a bye into the final. The Texas-based Anderson also stopped Mallory Reis and Jeff Beckman in eliminations. [video] 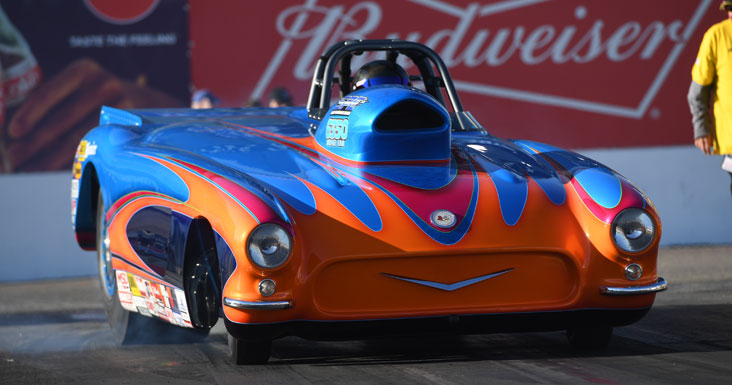 MacKenzie made it to the Super Street final at the 1996 Phoenix race and also went to the Super Gas final a year ago in Sonoma, where he lost to Matt Blodgett. MacKenzie finally got his long-awaited first national event Wally in Phoenix when he drove his colorful Corvette roadster to a double-breakout win in the final against fellow Division 6 racer Ken Mostowich. MacKenzie’s path to the final included a perfect 9.900 pass in round three against Sonoma opponent Blodgett. He also defeated Division 5 ace Trevor Larson early in eliminations. [video] 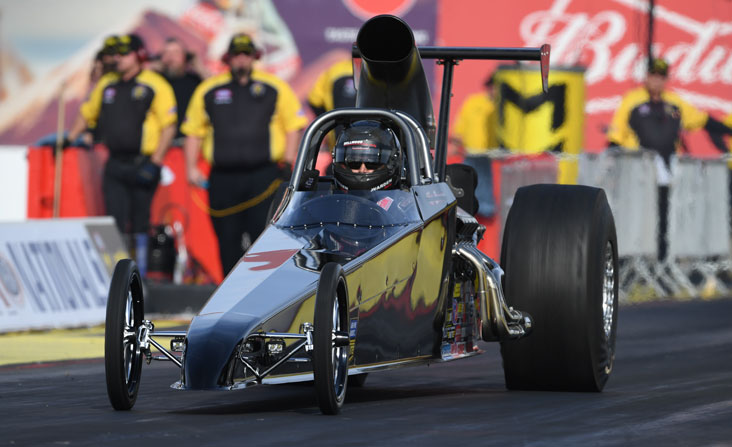 If there was an award for best overall performance in Phoenix, it likely would have gone to Warden, who claimed his first victory in Top Dragster presented by Racing RVs. Warden, a big winner at the Las Vegas E.T. race last Thanksgiving, was between .006 and a perfect .000 in four of five rounds in Phoenix. His worst light was a very competitive .020, and he finished off final-round opponent Ed Olpin with a .002 light and a 7.261 on his 7.24 dial. Warden was also brilliant with a .011-second package in his win over Jeff Taylor. [video]

Smith, in his six-second Monte Carlo, won his 10th-consecutive round of eliminations when he defeated Joe Roubicek in the final round with a 7.015 on his 6.99 dial. The Las Vegas-based Smith reached the final round with a great performance in the semifinals that included a .007 light and a 7.024 on his 7.02 dial against opponent Doug Crumlich, who was also a semifinalist in Pomona. [video]