Journeyman nostalgia drag racer Joe Morrison was introduced as the new shoe of the Leverich Family Racing Top Fuel Dragster for the 2020 NHRA Mello Yello Drag Racing Series. The announcement at the PRI Show in Indianapolis on Thursday officially kicks off the start of the talented Nostalgia Funny Car and Fuel Altered driver’s matriculation to becoming a professional NHRA Drag Racer.. from Flemington, N.J.

Morrison is a second-generation drag racer, currently licensed in NHRA Top Alcohol Dragster, Nostalgia Funny Car, AA/Fuel Altered, and Advanced ET. Since 2001, he has earned a reputation for his old-school driving style and a flair inspired by drag racing legend, Jungle Jim Liberman.

Morrison initially earned his NHRA competition license in 2001 and upgraded his license to NHRA Top Alcohol Dragster, under the instruction of legendary tuner of the stars, Jerry Darien. In the past three years, he has driven Rocky Pirrone’s Frantic Ford Nitro Funny Car, his Super Camaro Nostalgia Funny Car, and Ted Brine’s wild 1934 Ford Fuel Coupe, known as "The 134." 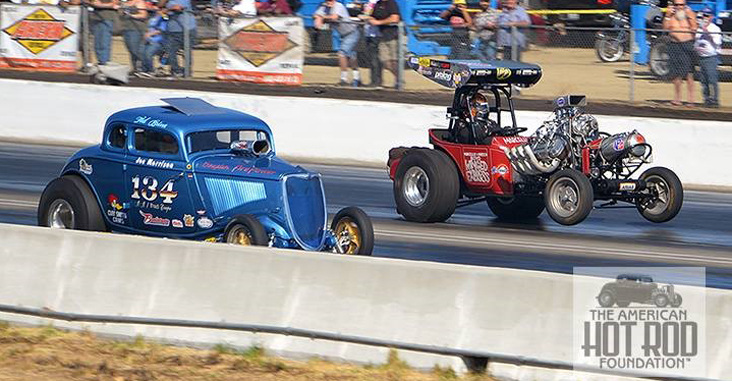 “I can’t thank the Leverich Family enough for the honor they’ve just given me. To drive their Top Fuel dragster in the NHRA Mello Yello Series next season is a dream come true,” noted Morrison. “This has been a goal of mine since I was a kid attending the Summernationals at E-Town and racing with my dad in the 70’s and 80’s. When he lost his battle with COPD, I made it my mission to eventually drive the Kings of the Sport in his honor. Thanks to Bob, Gary, Dan, and the entire Leverich team, I’ll have that opportunity.”

Leverich Racing is a family-owned NHRA Drag Racing team that made the move to NHRA’s premier category in 2015. The Michigan-based team is led by crew chief Gary Leverich, car chief Dan Leverich and assisted by a passionate team of close friends. In recent years, the team’s Top Fuel dragster has been driven by Audrey Grant and Smax Smith. The selection of Morrison was based on an impressive driving resumé, and a synergy and chemistry that fits their “fun-first” family atmosphere.

“We are extremely excited to introduce Joe Morrison as our new driver at Leverich Racing,” noted Gary Leverich. “He brings a wealth of knowledge, tons of driving experience, and an understanding of modern motorsports marketing that, quite frankly, will help us grow together as a team. More than that, Joe’s a great guy, who races for the right reasons –- because it’s fun. It’s our goal to bring back ‘fun’ in NHRA Top Fuel Racing, and we look forward to starting Joe’s license upgrade process in Florida soon.”