It's been a long road for John Force to 150 wins, from his first in Montreal in June 1987 to his milestone win in Seattle. Here's a look at his milestones along the way.
04 Aug 2019
Phil Burgess, NHRA National Dragster Editor
News

John Force, who was the first NHRA driver to reach the 100-victory mark, became the first to reach 150-win mark with his Funny Car victory at the Magic Dry Organic Absorbent NHRA Northwest Nationals.

Force’s first win, in Montreal, Canada, in 1987, ended a streak of nine career runner-ups and opened the floodgates for he and crew chief Austin Coil.

Force scored his 25th win less than six years later, at the 1993 event in Atlanta and took just three more years, to the 1996 Gatornationals, to reach 50 wins.

After collecting his 75th career win in Atlanta in 1999, Force became the sport’s all-time win leader with his 86th career win, at the Chicago event in 2000, when he surpassed the 85-win total of Pro Stock legend Bob Glidden. 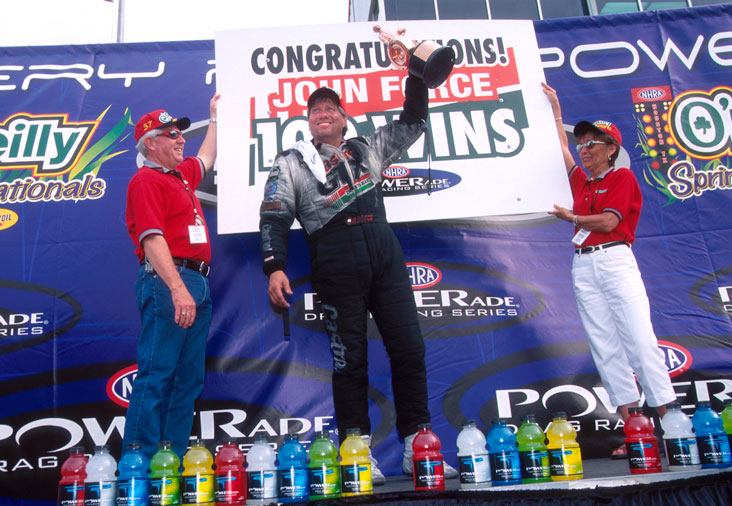 Force reached the milestone 100-victory mark in 2002 in Houston and five years later, at the Brainerd event in 2007, collected career win No. 125. During his run to the records, Force has also collected a record 16 season championships.