"(Crew chief Eric Lane) and the guys worked hand in hand with Ford Performance," said Tasca. "The class has just changed so much with the cars and the headers and wanting to get more down force, especially with the weight balance being what it is and wanting to minimize drag as much as possible."

This side-by-side image of Tasca's new ride (top) and his 2018 Mustang (bottom) shows some of the changes coming to the Lucas Oil NHRA Winternationals in Pomona [tickets]. Tasca mentioned improvements in aero, structure and visibility while talking about his new piece. 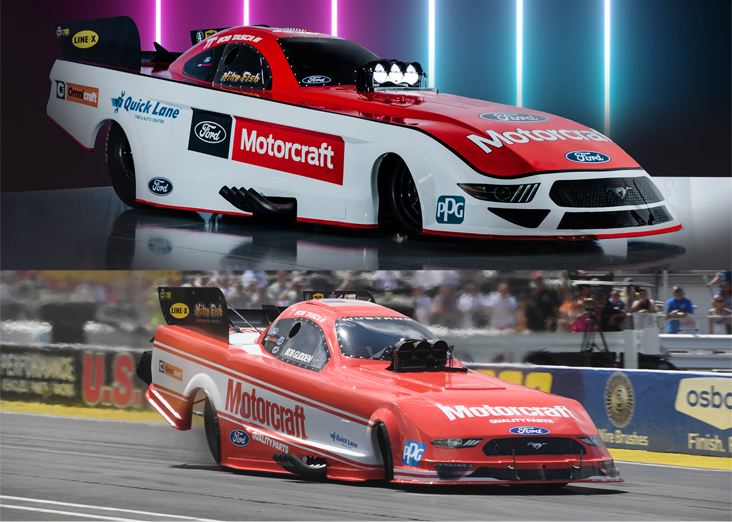 "There are a lot of improvements to the car structurally," said Tasca. "That’s something we’ve struggled with over the years. If you look at the car in the super slo-mo cameras you’ll see it start to warp and change its shape, which is not what you want. If you think about a bullet, it doesn’t change its shape as it goes through the air and you want a car to do the same thing."

The body was designed without the use of a full-size prototype model, a first in the class. Instead, Ford Performance used computational fluid dynamics (CFD) and miniatures to achieve the most advanced Mustang to hit a drag strip. 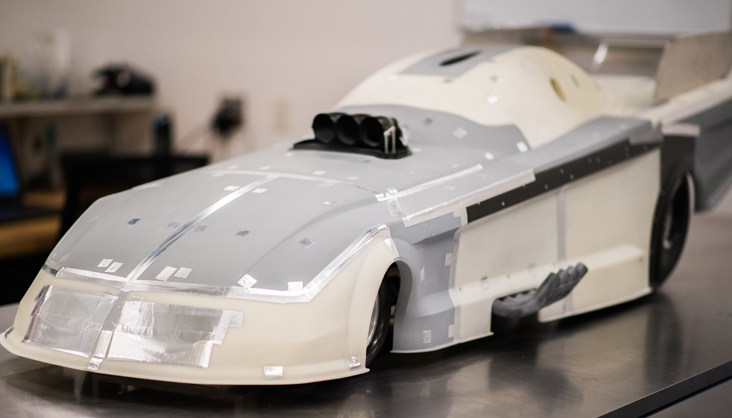 “We started with this project in October 2017,” said Bernie Marcus, a long-time Ford Performance aerodynamicist for the sports car and drag racing efforts.  “Design begins with the use of computational fluid dynamics, which then turns into building parts to wind tunnel test on a scale model of the car. Once all those parts are verified, we produce a full-size model.”

This method saved both time and money, making a laborious process more efficient. That's music to the ears of engineers everywhere. 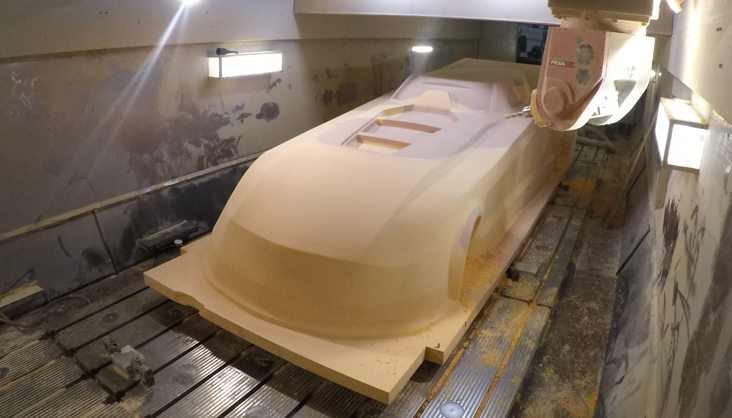 "I haven’t sat in the new car all finished yet, but because there won’t be all those rods in my peripherals like there was on the old car I think it’ll be better," said Tasca. "But just being honest you know what the vision is like in these cars, it can be tough to see out of ‘em. That being said, there were times depending on how you were staged I would have to move my head in order to see the tree. It’s going to be better all the way around."

He'll likely take his first rides in the new Mustang at Phoenix preseason testing on Thursday with Lane and newly hired assistant crew chief Mike Green on hand. You'll be able to read more about that on NHRA.com as we continue our drive to the 2019 season opener in Pomona. If there's one thing that pleases Tasca as much as the potential increase in performance, it's the very Mustang look of his new Funny Car.

"That was part of every facet of the project,” said Tasca. “We had the Ford design team – not the engineering team – but the actual design team that worked with us. There were some things we tried that would have taken it further away from the look of the Mustang, but we didn’t get enough performance from it. So, unless it was something that really enhanced the aero… we just wanted to stay as true to the look of the Mustang as we possibly could. At a glance, I think we’ve achieved that. It looks like a Mustang. I think the Mustang fans are going to recognize that right away and the performance of the car has dramatically improved."