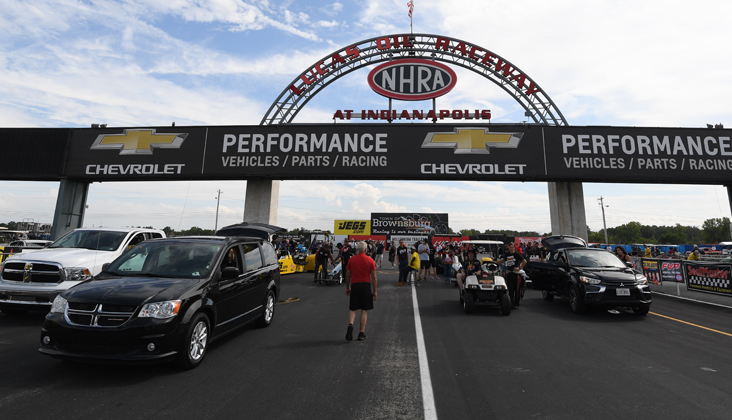 The iconic crossover bridge at Lucas Oil Raceway at Indianapolis, under which every car that is running at the Chevrolet Performance U.S. Nationals will pass before heading down the historic dragstrip, is one of the sport's great landmarks.

The contestants, cars, and crews in the Dodge Hemi Challenge assembled for a class photo prior to the start of competition this morning. 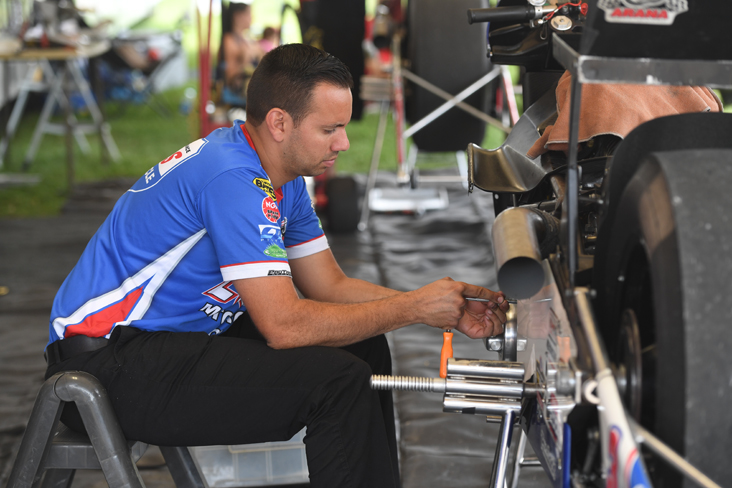 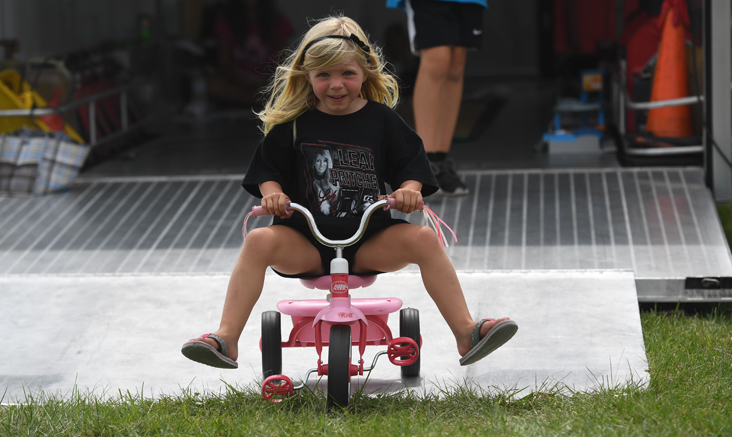 Future U.S. Nationals contestant Braelyn Haag, whose father, Ryan, won Super Stock at the 2016 Chevrolet Performance U.S. Nationals, was getting in some practice laps down the trailer ramp. 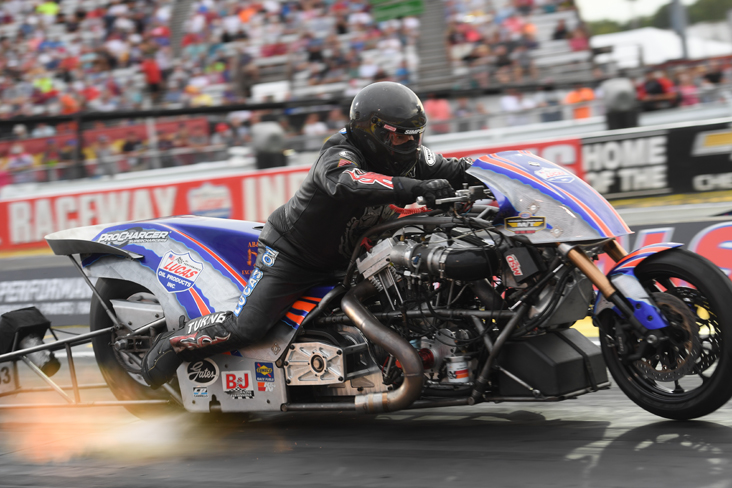 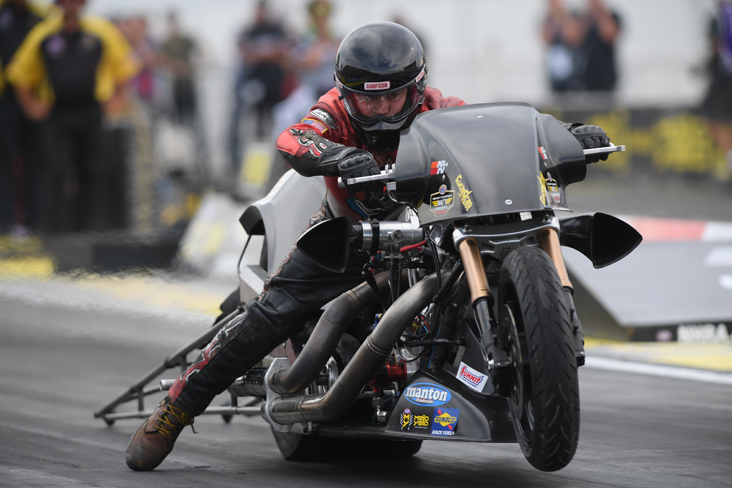 Randal Andras led both qualifying sessions for the Top Fuel Harleys and will finish Friday in the No. 1 spot after a 6.17 pass. 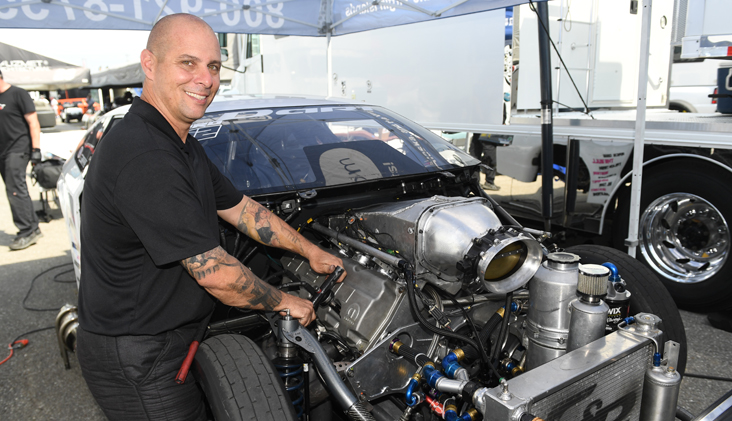 Jeremy Martorella of West Palm Beach Fla., made his Pro Stock debut in Q1 behind the wheel of Martorella Motorsports  entry, a Hemi-powered '12 Dodge Dart previously campaigned by Alan Prusiensky.

The annual COPO parade of the special Chevy Camaro Super Stock and Stock cars, is always a highlight of Friday qualifying at the Chevrolet Performance U.S. Nationals. 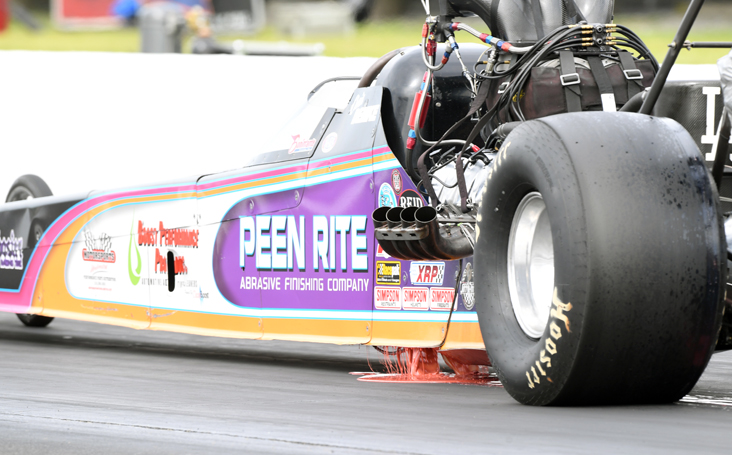 Some days, nothing goes right. Chris Demke has had great days at Indy -- he won the event in 2014 en route to the Top Alcohol Dragster season championship -- but this one probably won't be remembered among his fondest. 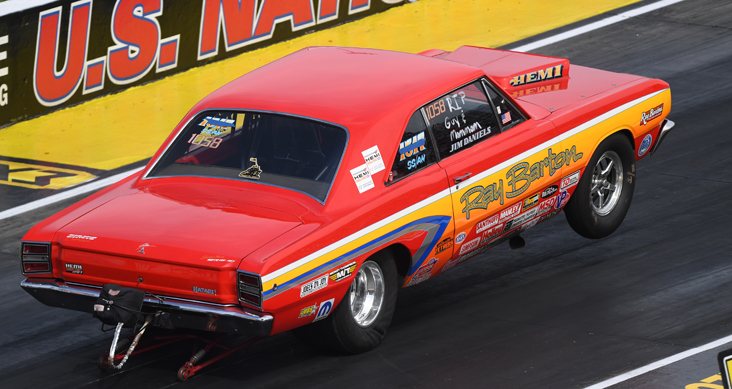 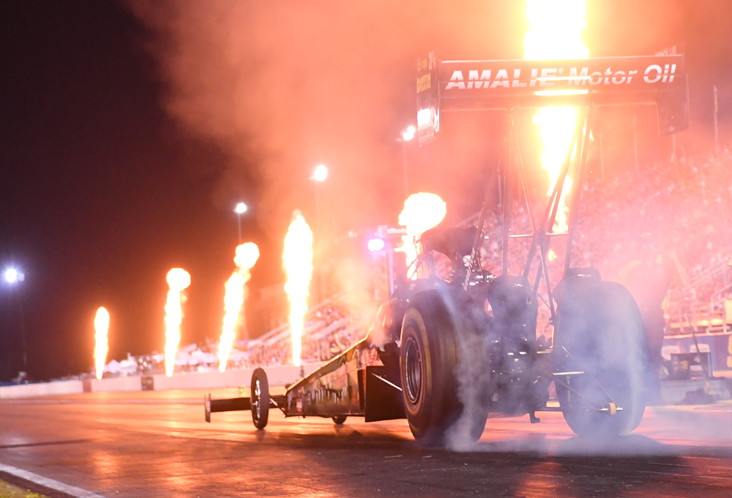 Header flames weren't the only pyrotechnics that Indy fans got to see during Friday's thrilling nighttime professional  qualifying session. 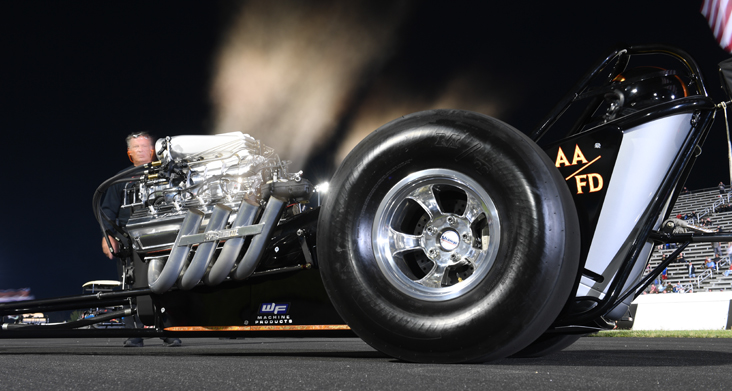 Is there any better way to end a long day of on-track action at The Big Go, than a good old fashioned cacklefest featuring a fleet of historic Top Fuel dragsters and Funny Cars?