Celebrate With Us: The 60th anniversary of NHRA National Dragster at the Auto Club NHRA Finals

NHRA National Dragster will take over the Top Eliminator Club at the 2019 Auto Club NHRA Finals in Pomona, California to bring Mello Yello NHRA Drag Racing fans an exclusive look at its history and to share the untold stories of one of drag racing’s most iconic brands to celebrate its 60th year of reaching race fans and true believers.

FRIDAY: Join us in the Top Eliminator Club at Auto Club Raceway beginning Friday for an exclusive question and answer session with Don Schumacher Racing/Infinite Hero Funny Car driver Jack Beckman and the staff (both past and present) of NHRA National Dragster. We’ll follow that with a meet and greet with the staff at the Auto Club NHRA Finals. 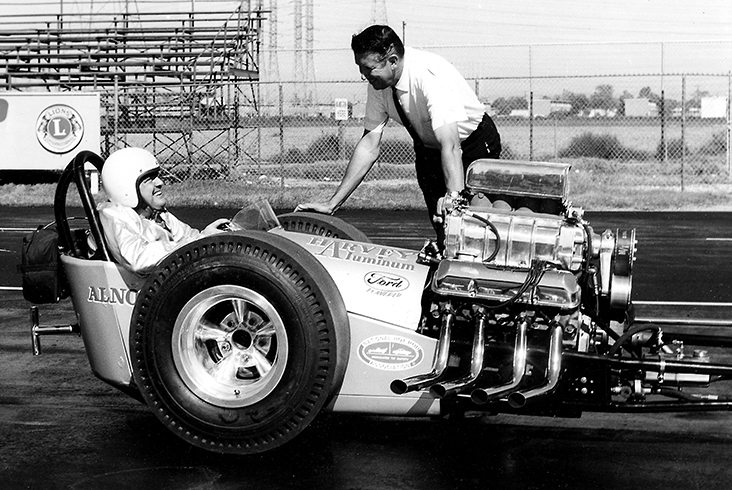 Oh, to have been a fly on the blower for this conversation between two motorsports icons, Wally Parks and Mickey Thompson.

SATURDAY: Come to Auto Club Raceway for an autograph session featuring the cover stars of the 2019 NHRA National Dragster season. Join your favorite racers in Top Eliminator Club to grab photos and autographs before qualifying wraps up at one of the most famous race tracks in the United States. 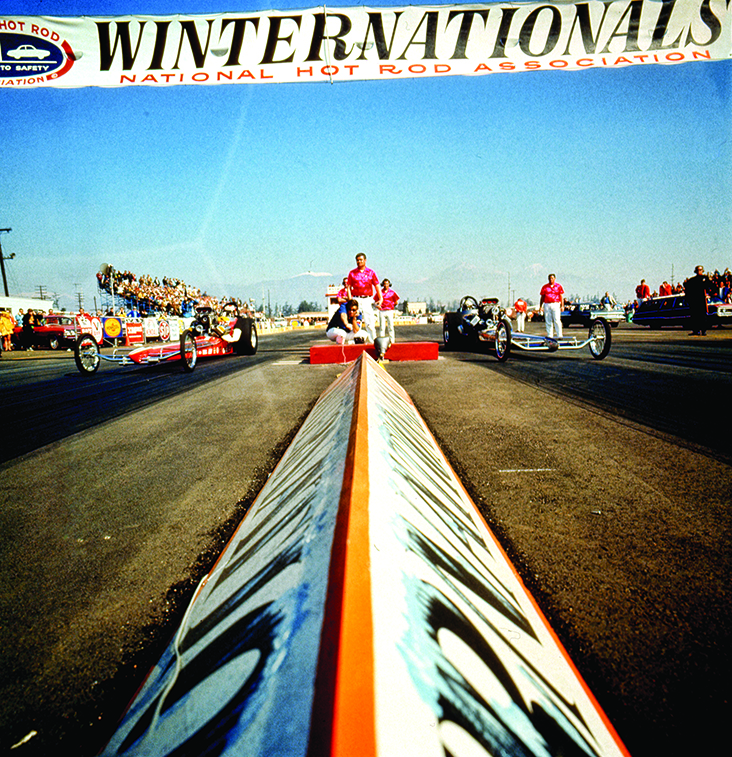 Longtime National Dragster Photo Editor Leslie Lovett could be as innovative as any racer when it came to creating new angles to capture the sport he so loved. In this memorable image from the 1969 Winternationals, Lovett can be seen crouching in front of Chief Starter Buster Couch and between two thundering Top Fuel dragsters, covering one ear with his left hand to warn off the nitro-fueled thunder while his right clutches a remote trigger connected by a wire that ran alongside the Winternationals A-board to a tripod-mounted 35mm camera.

Wrap up the race weekend with a chance to win one of many incredible prizes on Sunday. Full-size NHRA National Dragster covers will be raffled off throughout race day, as champions are crowned at the Auto Club NHRA Finals.

Plus: Everyone who buys a Top Eliminator Club ticket is automatically entered to win one of 10 spots to tour the NHRA National Dragster photo archive during the week following the Auto Club Finals. NHRA National Dragster has one of the greatest archive in all of motorsports and hot rodding. This is a never before offered opportunity to hot rodding fans and a cant-miss experience. 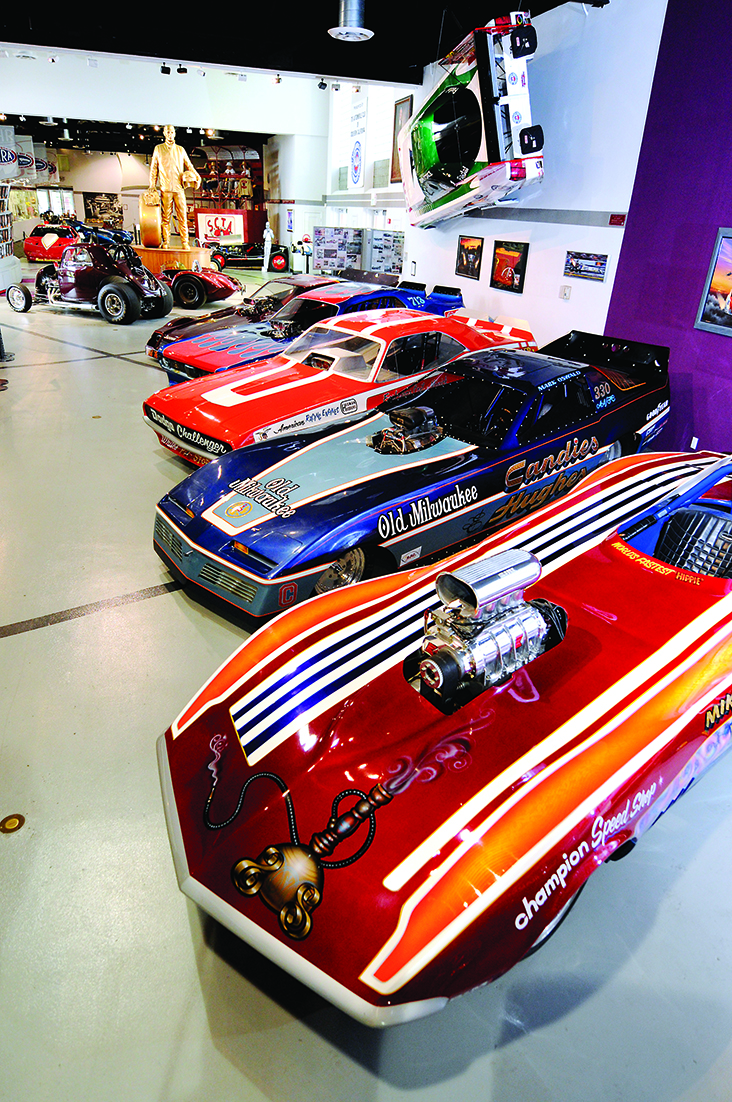 Long a dream of NHRA founder Wally Parks, the Wally Parks NHRA Motorsports Museum presented by Automobile Club of Southern California opened in 1988 as a permanent repository for the history of not only all things NHRA Drag Racing but all forms of hot rodding and motorsports activity. [Buy Tickets Here] 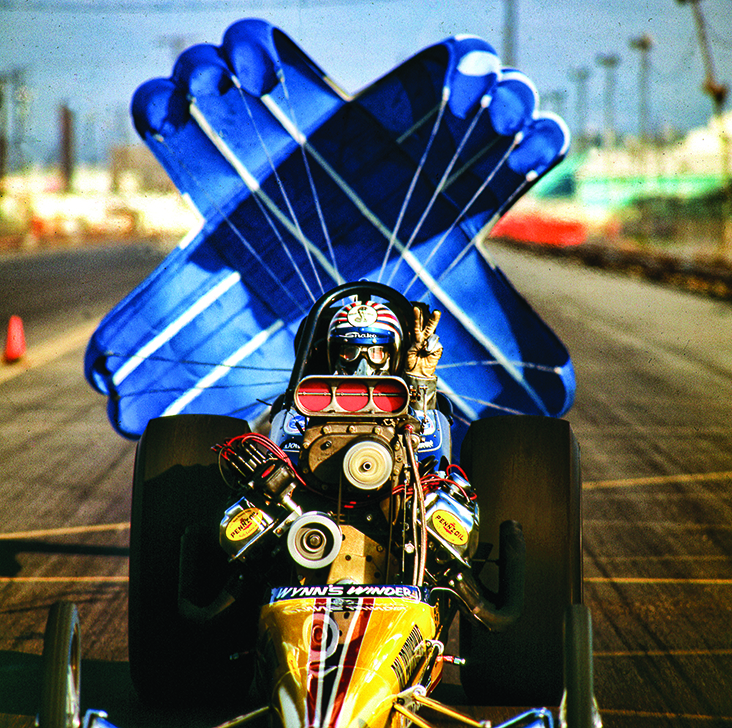 Don “the Snake” Prudhomme would be on any drag racing fan’s Mount Rushmore. The legendary “Viper” got his start in fuel dragsters in the nearly unbeatable Greer-Black-Prudhomme dragster and won the U.S. Nationals three times in Top Fuel — including back to back in this car, the Wynn’s Winder, in 1969-70 — before he turned 30.