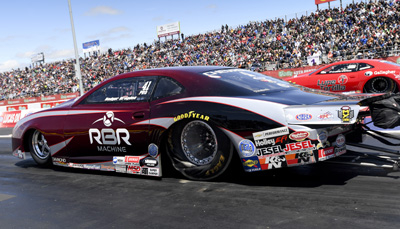 During last year’s NHRA Spring Nationals at Houston Raceway Park, Rodger Brogdon returned to the Pro Stock class after two years on the sidelines and enjoyed the experience so much that he’s announced a full-season program for 2019. Brogdon, a six-time national event winner, including three in Pro Stock, will be joining a talent-laden Elite Motorsports team that already includes Erica Enders, Jeg Coughlin Jr., and Alex Laughlin. Brogdon will be racing a Chevy Camaro under the RBR Machine banner, representing one of his successful businesses.

"Every now and then, I'd mention to my wife that I thought I might want to come back to Pro Stock," said Brodgon. "Every time we had that discussion, I remembered all the logistics that come along with it, and how I just don't have time for that. Between having a truck and trailer, a crew on the road, it's a huge investment. Most Pro Stock racers like myself are business owners and if [racing] isn't our core business, its hard to give the program the attention it needs to be successful. This deal with Richard [Freeman, Elite owner] is hands-down the best deal out there. I get to just show up and drive. Not to mention that the Elite cars are very quick."

As a member of the Elite team, Brogdon will benefit from the expertise of veteran crew chiefs; Mark Ingersoll, Rick Jones, Rickie Jones, and Brian “Lump” Self. Brogdon was also quick to point out that the recent schedule change in Pro Stock, from 24 to 18 events, played a role in his decision to pursue the NHRA Mello Yello championship.

"I'd be lying if I said the 18 race deal didn't have something to do with it," Brogdon said. "I was on the fence and then when the new schedule was confirmed, I knew I was coming back. I'm looking forward to this season more than I ever have. We are involved in a great program with great people who love what they do."

Prior to making his Pro Stock debut in 2007, Brogdon enjoyed a successful career as an NHRA sportsman racer. He earned three national event wins in Comp Eliminator and finished second to Jeff Taylor in the 2005 Comp Eliminator standings. 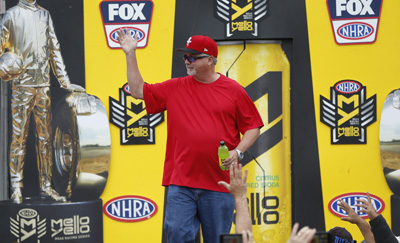 Brogdon reached his first Pro Stock final at his home event in Houston in 2011 and claimed his first win two years later in Bristol. At that event, he defeated three world champions; Jason Line, Mike Edwards, and current teammate Enders. He also won the Reading race in 2014 and the Phoenix event at year later. Brogdon dropped off the tour following the 2015 season and did not return until his cameo appearance with the KB Racing team at Houston Raceway Park last season.