There were many historic moments at the 50th annual Amalie Motor Oil NHRA Gatornationals, including two milestones in the Alcohol classes. With career win No. 6, Megan Meyer became the most successful woman in the Top Alcohol Dragster class, and reigning Top Alcohol Funny Car champion Sean Bellemeur set the elapsed time record en route to his 12th career victory. Kevin Riner also made a bit of history by winning the Super Stock title in Gainesville for the second straight year.

Meyer was the quickest and fastest driver in Top Alcohol Dragster with bests of 5.177 and 285.35 mph, which is the second fastest speed in class history. She also got the job done in eliminations with wins against Ken Perry, teammate Julie Nataas, Jeff Veale, and in the final, No. 16 qualifier Mike Bucher. [Video] 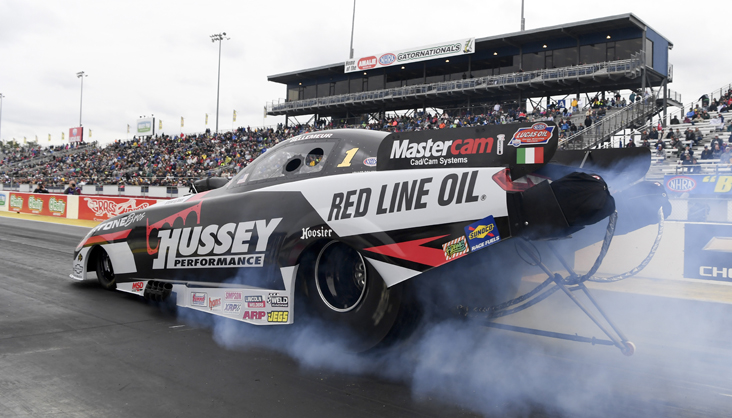 Bellemeur caught a break in round one when he was able to outpedal Ryan Stack, but from that point forward, his Steve Boggs-tuned Hussey Performance Camaro was the class of the quick Top Alcohol Funny Car field. He finished the job with three straight 5.3-second runs, including a best of 5.352 in the final against Doug Gordon’s otherwise competitive 5.469. [Video] 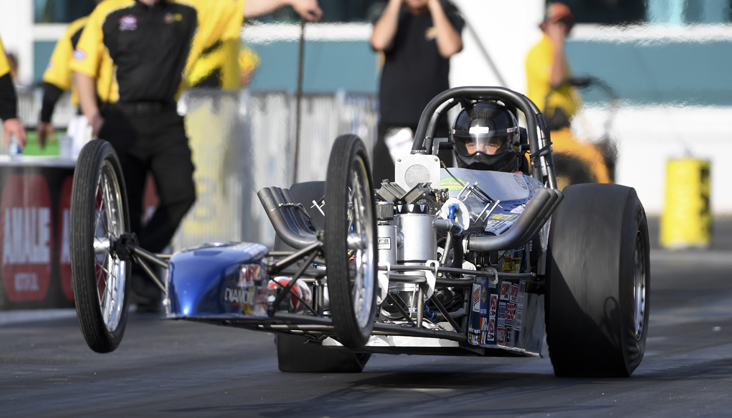 Bourgeois wheeled his front-engine Nostalgia Dragster to his ninth career win, all of them in Comp. The 2015 national champ cut a perfect .000 light in the final against opponent Randy Daniels and needed almost all of it. Daniels drove his G/Altered Pontiac to a (-.603) 8.297, but it wasn’t enough to beat Bourgeois’ (-.560) 6.820. Bourgeois’ biggest round-win came in the quarterfinals, where he defeated 100-time national event winner David Rampy to earn a bye into his 12th final. [Video] 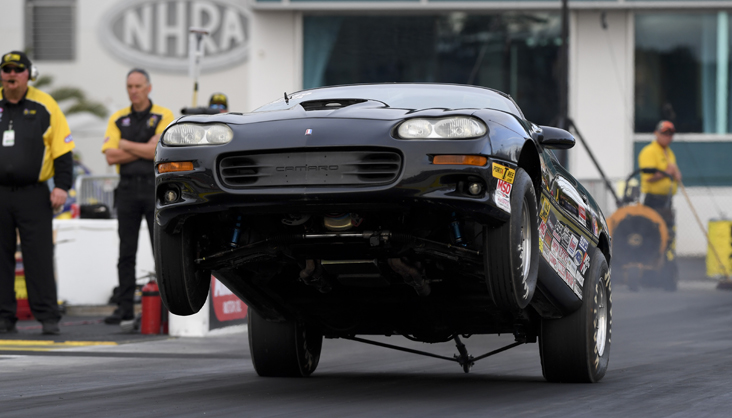 Riner enjoyed his Super Stock win at last year’s Gatornationals so much he decided to do it again in 2019. Riner stretched his Gainesville winning streak to 12 straight rounds by beating Mark Alvey in a double-breakout final round. Riner’s second career win was highlighted by a perfect .000 reaction time in round three and a quarterfinal win against Anthony Bertozzi, who went on to win in Top Dragster. [Video] 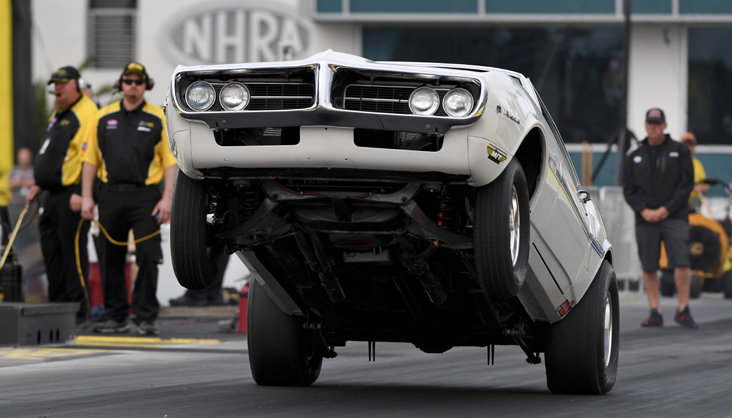 After driving her wheelstanding ’67 Firebird past Ed Longhany’s ’69 Camaro in the Stock final, Shipp is now a six-time national event champion, but this one is easily her most memorable since it is not only the 50th Gatornationals, but she also got to share the winner’s circle with her fiancé Bo Butner, who won Sunday’s Pro Stock title. Shipp survived a double-breakout battle against Longhany in the final and also scored wins against Dan Fletcher and Slate Cummings, two of the most decorated Sportsman racers in the field. [Video] 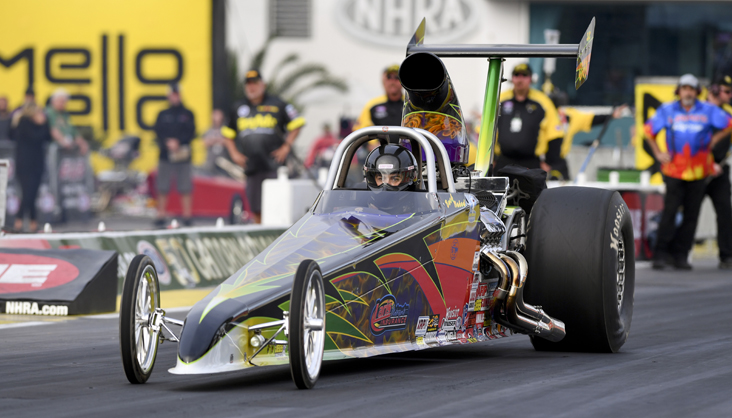 Second-generation racer Laris now has three national event wins, each one in a different class. After previous wins in Super Gas and Top Dragster, Laris scored in Super Comp with a final-round win over Nicole Stephenson. Laris left first and won the final on a holeshot, 8.941 to 8.926. Laris also had his share of tough races, including world champions Sherman Adcock Jr. and John Labbous Jr. [Video] 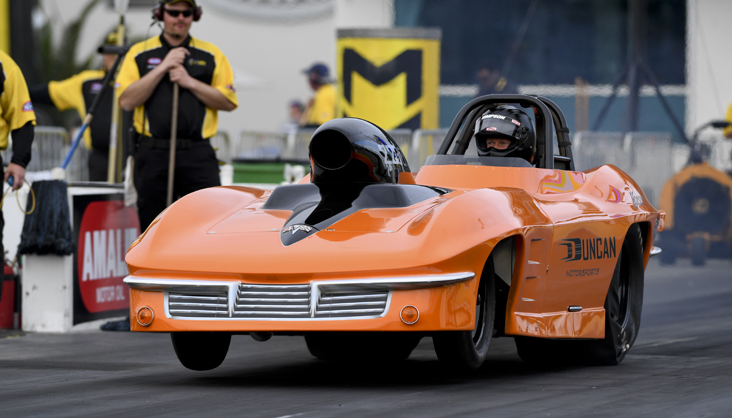 Richardson, the 1997 and 2000 Super Comp national champ, claimed his first national event title since the 2013 season after defeating Carl Watts in the Super Gas final. Richardson, who is also a past winner of the Mickey Thompson Million Dollar Drag Race, marched to the final with wins over national champs Ray Connolly and Iggie Boicesco and current points leader Ray Miller III. [Video] 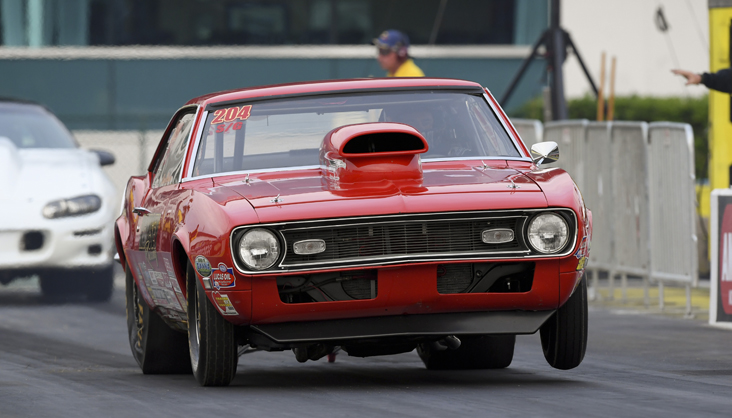 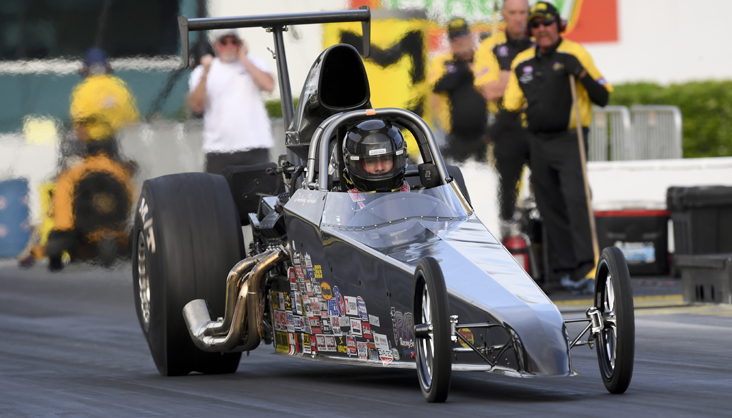 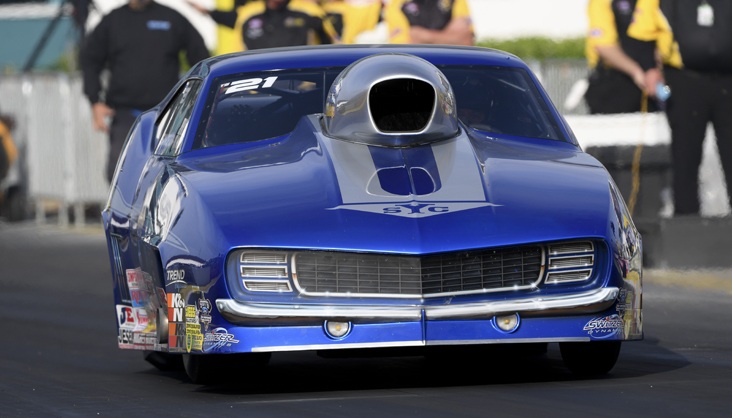 Reigning Division 2 Top Sportsman presented by Racing RVs champ Wilkins opened 2019 by winning the NHRA Lucas Oil Drag Racing Series event in Orlando and now has his third national event title. Wilkins won the final after opponent Bruce Thrift ran into trouble on the starting line. In order to get to the final, Wilkins had to deal with reigning Top Sportsman champ Ronnie Proctor. [Video]