Tom McEwen: A pictorial look back

Drag racing Tom “the Mongoose” McEwen passed way June 10. Here’s a brief look back at some of the highlights of his long and successful career.

Although he became nationally famous in a Funny Car, McEwen’s pro career started out in Top Fuel, where he drove for a number of teams. 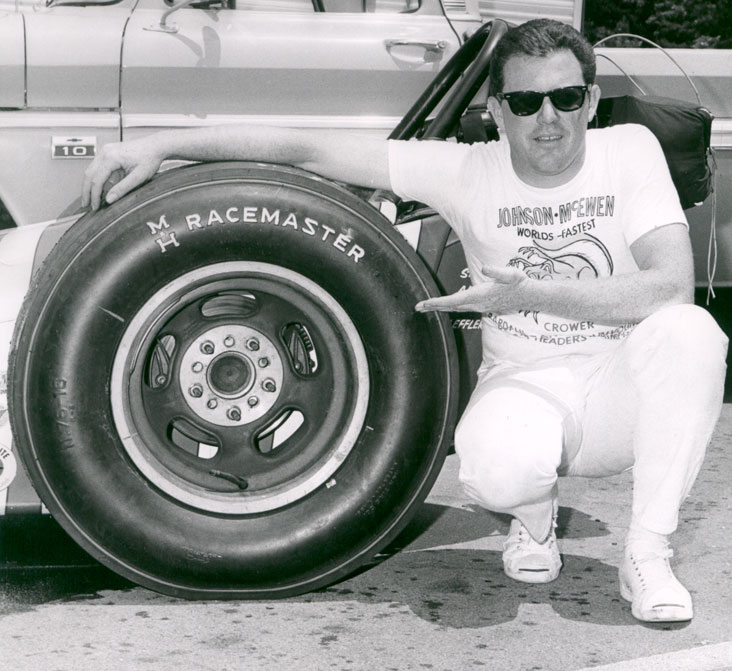 McEwen’s knowledge was well respected and he was a very much in-demand tire tester for a number of the major suppliers. 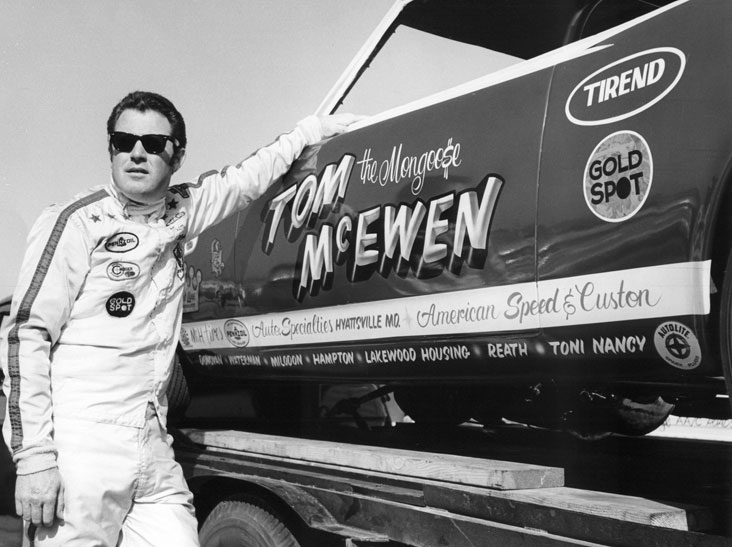 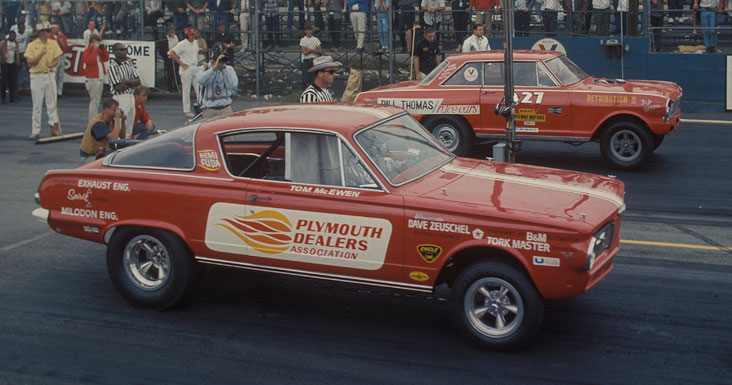 McEwen had a flair for the dramatic, piloting the wild rear-engined Hemi Cuda early Funny Car, which crashed on one of its first outings in 1966. 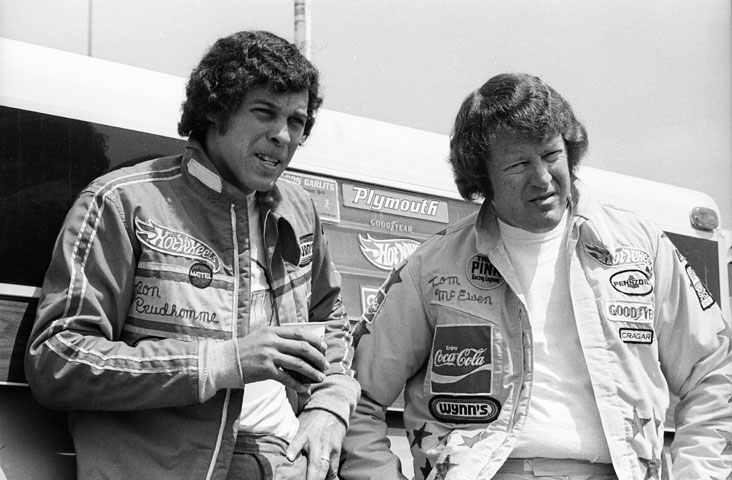 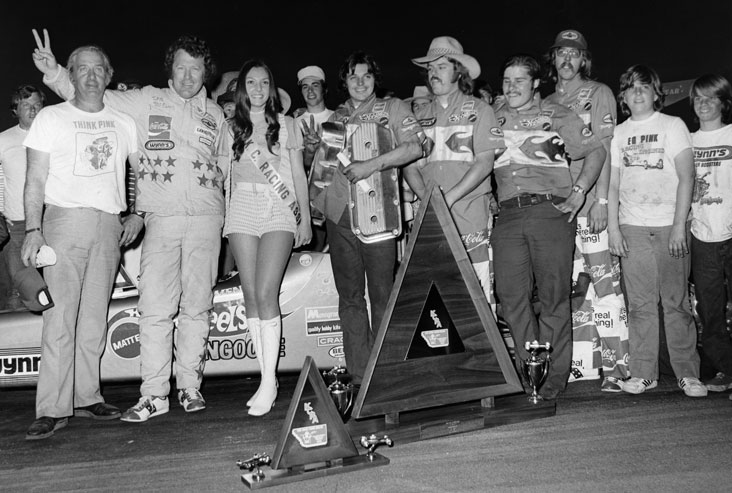 One of McEwen's biggest early scores was winning the Top Fuel title at the 1972 March Meet. Among those congratulating was engine builder Ed Pink, left. 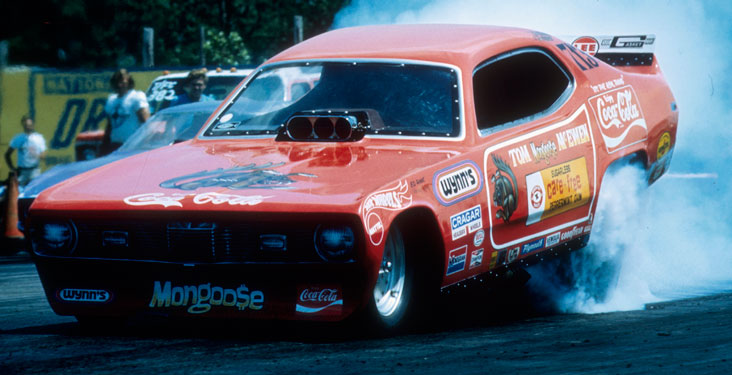 McEwen scored his first NHRA win in this car, in 1973, at the Supernationals in Ontario, Calif. 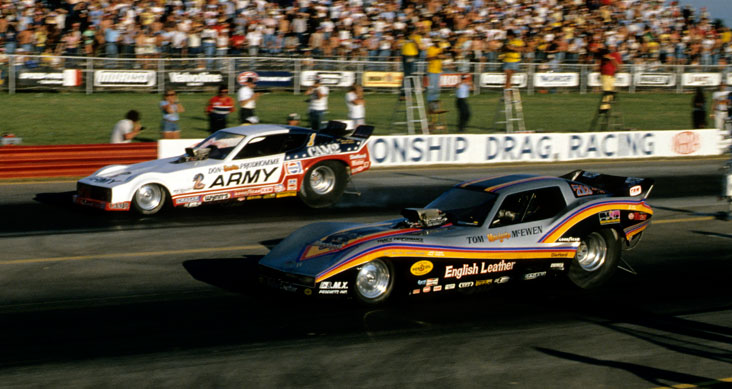 The iconic win of McEwen’s career came at the 1978 U.S. Nationals. Just days after his son, Jamie, died of leukemia, he competed at the event and beat Prudhomme in the final, a moment that became the theme of the recent Snake & Mongoose feature film 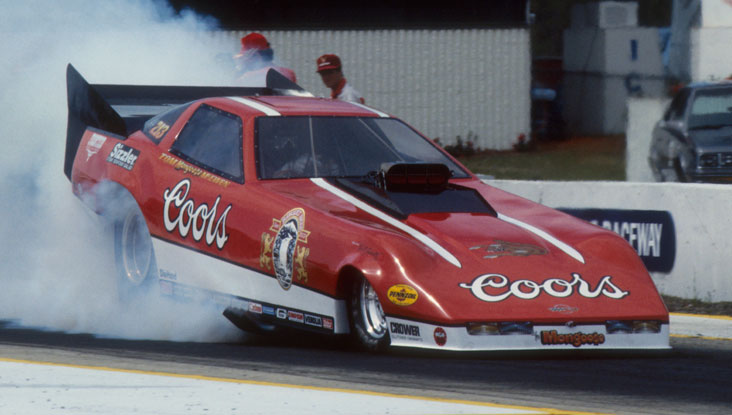 After the Hot Wheels deal ended, McEwen began a long association with the Coors brewery which sponsored his Funny Cars for years. 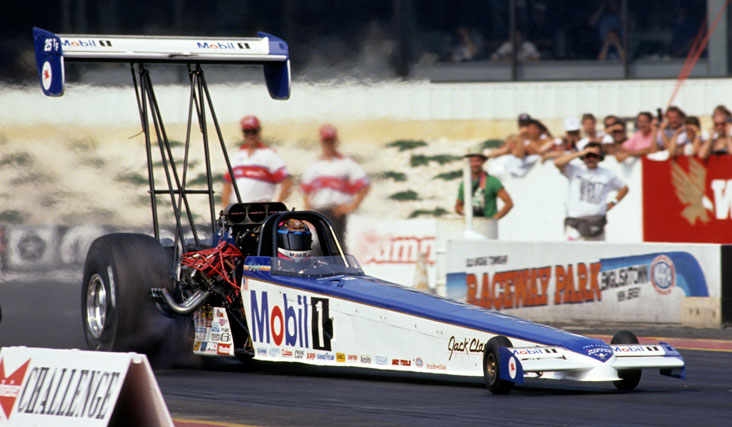 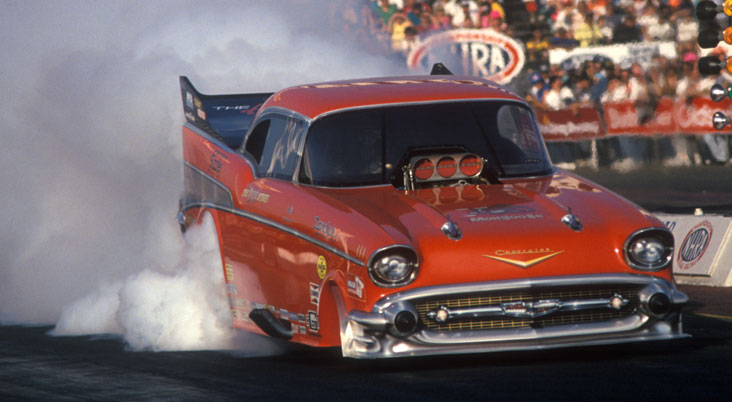 After he retired from competition, McEwen continued to wow the fans with exhibition passes in this ’57 Chevy replica Funny Car. 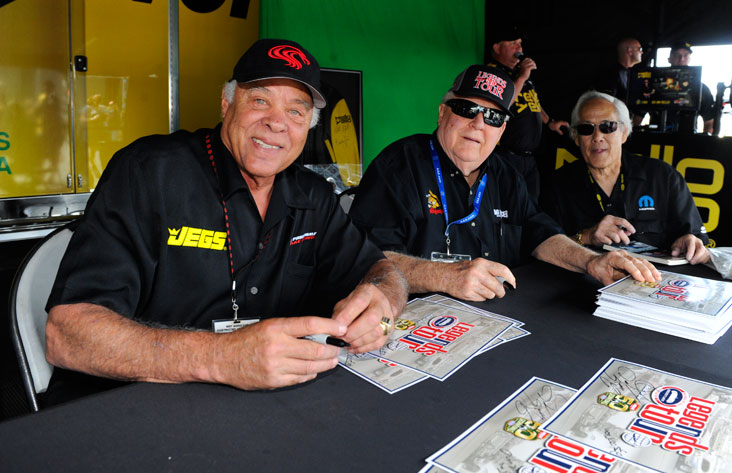 McEwen remained very much a public figure, He joined longtime pals Prudhomme and Roland Leong in Las Vegas earlier this year as part of the NHRA Legends Tour.