Pro Stock leader Tanner Gray will compete in the NASCAR K&N East Series full time in 2019 with DGR-Crosley with an eye on a spot in the Monster Energy NASCAR Cup Series. The 2017 Automobile Club of Southern California Road to the Future Award winner also cited a desire for more time behind the wheel when discussing joining the circle-track ranks.

“I’ve had a lot of success and really enjoyed my time drag racing,” said Gray. “It comes down to me wanting to be able to race more and run a little bit more. I’ve wanted to do this since I was a kid, and I had the opportunity to do it, so I’m taking it.

“I had the chance to go run some late model races at Hickory Motor Speedway, and I had a lot of fun with it. One thing led to another, and I was talking to David Gilliland about maybe setting something up to go run. Things took off from there, and this is the direction we decided to take at this time. I think you have to be a little bit younger to make this work, so I wanted to take the opportunity while I still had it.”

The 19-year-old racer claims experience in racing on drag strips, dirt tracks and ovals. That wealth of experience helped lead him to six Pro Stock wins so far this season.

“The goal is to race in the Cup Series one day. Some people may see that as farfetched, but I believe I can do it. I have a lot of great people behind me. My dad and grandpa are supporting me, and if I can do it, that’s great. And if not, then it wasn’t meant to be. I’m ready to see how it turns out.” 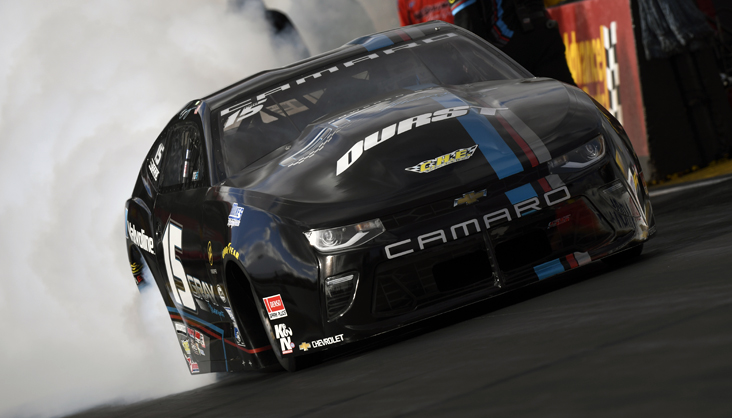 The Valvoline/Nova Services team, crew chiefed by former Pro Stock and Top Fuel driver Dave Connolly, has been together since Gray’s rookie season in 2017, but its history goes back much longer than that. Connolly, and many of the crewmembers, have been in Gray’s life since he first started going to the drag strip when Gray’s grandfather Johnny first began drag racing.

“That’s one of the hardest parts about this decision, is leaving those guys,” said Gray. “I don’t think of them as a team as much as I think of them as my brothers. I remember going out to the drags and waiting for them to be done running so I could throw the football around with Davey. Nothing would be better than getting a championship done for them.”

Gray may also compete in the Camping World Truck Series and in select ARCA Series races. Gray has been outspoken about his desire to do as much racing as possible while driving in the NHRA Mello Yello Drag Racing Series: don’t expect that to change no matter what class or series he’s driving in.

“Tanner brings fire and energy to everything he does. That passion will serve him well as he makes this transition,” said NHRA president, Glen Cromwell. “We support Tanner’s decision and wish him all the best in 2019 and beyond. In the meantime, we appreciate that his focus is on continuing his success in the NHRA Mello Yello Drag Racing series. Competition in the Pro Stock category is fierce right now as we enter the last four races of the season.”

Gray boasts 11 wins in just 44 races thus far. He has captured six No. 1 qualifiers, including two this season.

Gray won two of the last three Pro Stock races on tour and reached the semi's at the Dodge NHRA Nationals in Reading. He leads the doorslamming category by 52 points and seeks the championship with four races remaining in the 2018 season. If Gray becomes the champion, he will be the youngest in NHRA Drag Racing history and the first in Gray Motorsports history.

The next race on the NHRA Mello Yello Drag Racing Series schedule is the AAA Texas NHRA FallNationals, which runs from Oct. 4-7.