The new 2019 Mopar Dodge Charger SRT Hellcat NHRA Funny Car body will make its competition debut this weekend at the Dodge Mile-High NHRA Nationals Powered by Mopar at Bandimere Speedway near Denver, July 20-22. The Mopar and Dodge//SRT brands will show the new body for the first time this afternoon during a pre-race press conference.

“Our job at Mopar is to put the best race car underneath our drivers and keep them winning. We know this new body, developed in collaboration with the Dodge//SRT brand and Don Schumacher Racing, will do just that,” said Pietro Gorlier, Head of Parts and Service (Mopar), FCA. “The changes made to this new Funny Car body will improve on-track performance and help us carry on the Mopar brand’s long tradition of success at the dragstrip.”

“The Dodge//SRT brand is all about performance, and the introduction of the Mopar Dodge Charger SRT Hellcat NHRA Funny Car body showcases our commitment to performance and excellence at the dragstrip,” said Steve Beahm, Head of Passenger Car Brands – Dodge//SRT, Chrysler and FIAT, FCA – North America. “We are looking forward to celebrating our brand’s first year as title sponsor of the Dodge Mile-High NHRA Nationals Powered by Mopar by treating fans to the competition debut of the new Charger SRT Hellcat NHRA Funny Car.” 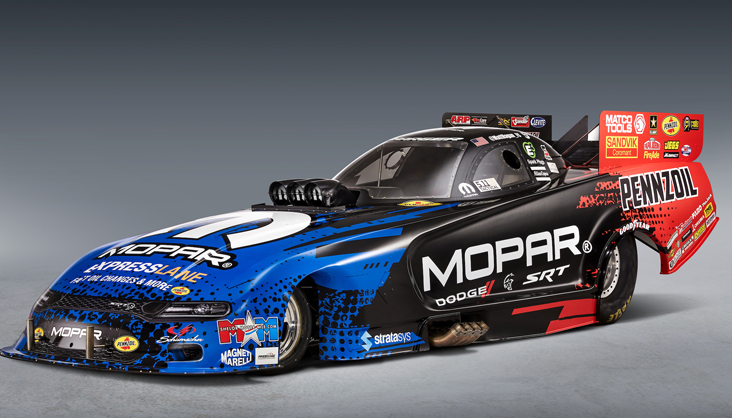 “This new Funny Car body is something that Mopar and Dodge//SRT have put a lot of work and support behind, from R&D to wind,-tunnel testing,” said Hagan, who has spent all 10 years of his drag racing career behind the wheel of a Mopar-powered Dodge Charger. “We improved on the body design. It was already a great design, a great body. But now, we’re going to have a little more downforce, a little more traction on these racetracks, and it will be a huge performance advantage. We will be able to press harder, with more downforce on the nose, which translates into huge amounts of downforce on the run.”

The new 2019 Mopar Dodge Charger SRT Hellcat NHRA Funny Car pushes the envelope in importing as many visual cues and characteristics from the supercharged, 707-horsepower production Dodge Charger SRT Hellcat, the quickest, fastest and most powerful sedan in the world, while still hitting the demanding performance targets of a race car that reaches 330-plus mph and covers 1,000 feet in less than four seconds. 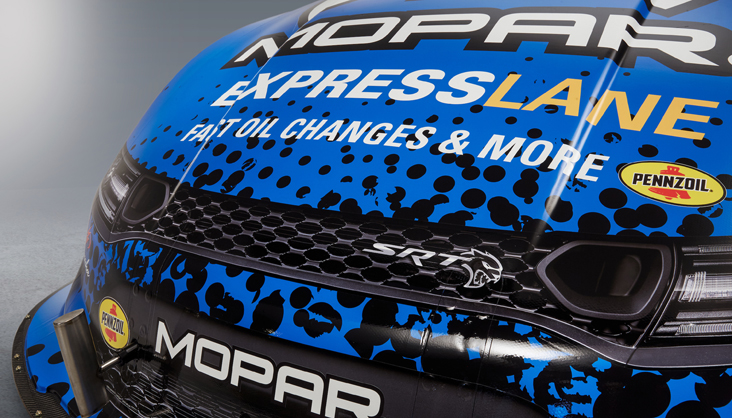 At the front, the shape of the nose has been tweaked, and a new splitter, built of carbon fiber and Kevlar like the rest of the Funny Car body, has been added. The splitter substantially mimics the look and shape of the production vehicle’s splitter while generating greater downforce to help plant the Funny Car to the track.

The bodyside scallops have been redesigned to more closely identify with the production Hellcat while also enhancing on-track function and performance. The deeper character lines provide greater visual ties to the street version of the Hellcat, while also helping to mitigate the “body burn” common on all Funny Cars due to the close positioning of the exhaust headers. 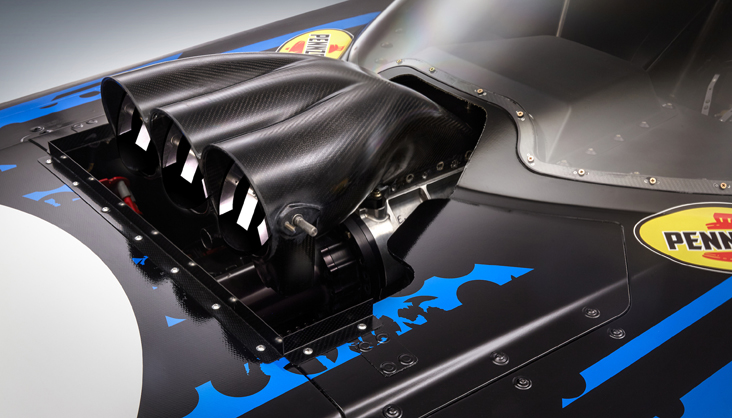 The location of the burst panel on the hood has also been reworked. The panel is now centered over the top of the engine to more efficiently release energy and pressure in the event of engine issues, a common occurrence in race cars that are pushed to the razor’s edge of performance.

A production Charger SRT Hellcat was used as a template to create the unique vehicle graphics. Front end graphics recreate the distinctive Hellcat grille and badging, and decal markers also call out the air extractors and hood scoop of the production model.

The birth of the Charger SRT Hellcat Funny Car body featured a process that began more than a year ago and stretched from the race shops of DSR and Don Schumacher Motorsports in Indianapolis, Indiana, to the research and development facilities at FCA US headquarters in Auburn Hills, Michigan, to a drag strip in Ohio. 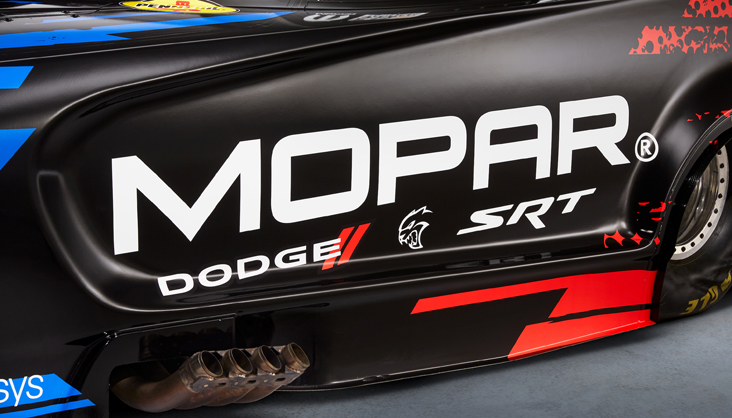 Mopar and Dodge//SRT engineers worked in unison with the DSR team at each step of the process, from creation of the original body mold to wind tunnel testing to on-track vetting. The NHRA was also closely involved in the process, with Mopar, Dodge//SRT and DSR working with the sanctioning body to ensure the new Funny Car was in compliance with all specifications and guidelines.

“We are really excited to run the new Mopar Dodge Charger SRT Hellcat body in competition, both in qualifying and the race itself at Denver,” said Don Schumacher, owner of the DSR team and a former Dodge Charger Funny Car driver himself in the 1960s. “It’s been a great project, working together with Mopar, Dodge//SRT, DSR and DSM to get the whole project finished and done in this period of time. We are really looking forward to how it’s going to change our program.” 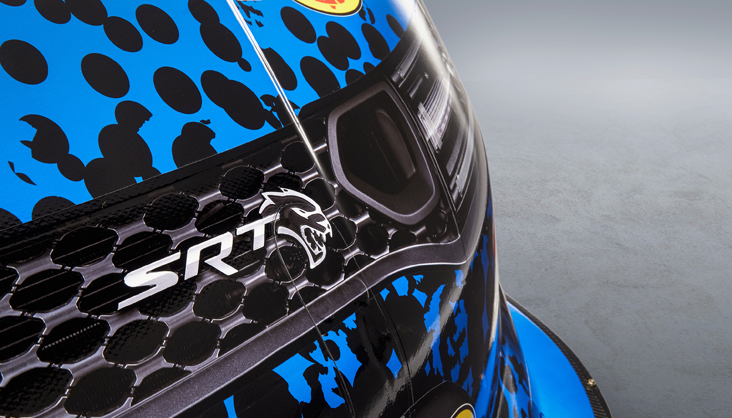 Initial plans were to restrict the new body to just one or two qualifying sessions in its debut this weekend at Bandimere Speedway, due to the unique atmospheric challenges presented by the Mile-High venue. However, after a promising test session in late June following the NHRA event in Norwalk, Ohio, the call was made by Hagan’s Mopar Express Lane crew chief Dickie Venables to let the Hellcat prowl for all of qualifying and race day as well.

“We made four good, solid runs in testing at Norwalk,” said Hagan. “We put the body through a lot of different things and were really, really pleased with it. I really think it’s going to translate over to performance on the race track, and hopefully more win lights in the future.”