Cowie took out three-time and reigning Lucas Oil Top Alcohol Dragster champion Joey Severance and former champion Chris Demke in the first two rounds, then faced off with Garrett Bateman in the final. Bateman had the early lead but smoked the tires and watched Cowie drive to a 5.333, 277.03 mph for his 11th national event win. [Watch video] 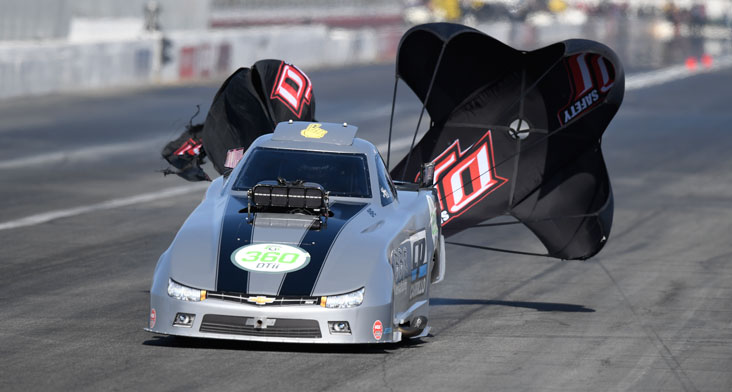 Westerfield began his title defense with a final-round win over Sweden’s Ulf Leanders. Westerfield turned on the win light with a 5.425, 269.67 mph lap to Leanders’ 5.508, 268.33 mph. The win was No. 7 for Westerfield in his career. In qualifying, Chris Marshall made the second quickest run in the class’ history with a 5.365, but he lost a close race against Westerfield in the semifinals. Leanders earned his spot in the final by beating Doug Gordon, 5.525 to 5.558.  [Watch video] 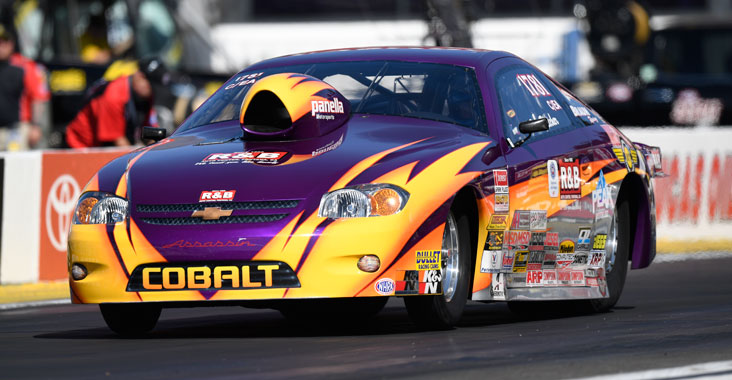 Fletcher now has 103 national event titles after wheeling Rick Braun’s Cobalt to the Comp title. Fletcher, who now has won at least one national event for the last 25 years, worked his way to the final with wins against Scott Hedlund and Randy Jones. Fletcher lost .11-hundredths in Competition Index Control penalties before the final, and opponent Clint Neff was down a 10th in his K/AA Bantam. Fletcher was away first with a .006 light in the final but was able to cruise to the win after Neff fouled. [Watch video] 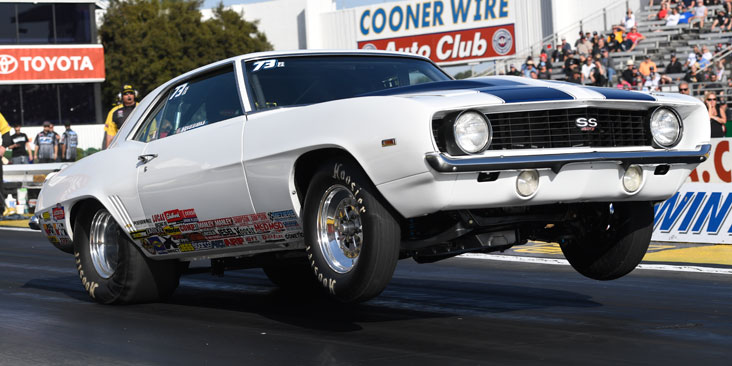 With his win in Super Stock, Rizzoli has now won six NHRA national event titles, including victories in four straight seasons. The former Division 7 champ defeated a host of past national event winners, including Don Keen, Kayla Mozeris, and Larry Scarth to reach the final. Coming off a semifinal bye run, Rizzoli cut a .010 light in the final and topped first-time finalist Adam Emmer by just .003-second.  [Watch video] 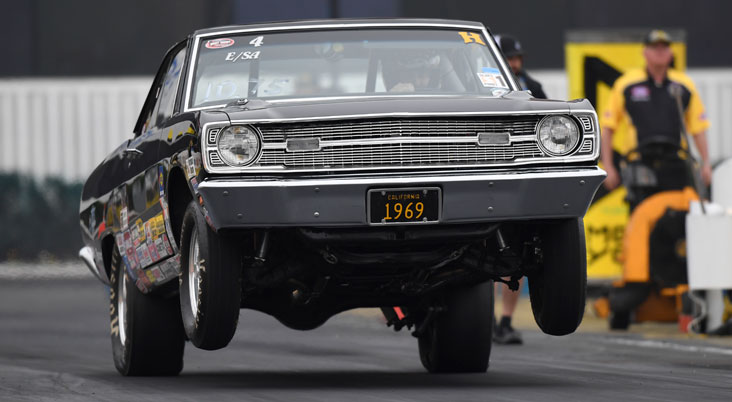 Gilley, the winner of the 2017 Chevrolet Performance U.S. Nationals, scored again in Pomona in Stock after a heads-up, no-breakout battle against Ryan Mangus, who was wheeling Justin Lamb’s ’70 Camaro. Both drivers made significant performance gains for the final with Gilley’s 10.627 holding on to beat Mangus’ 10.664. . [Watch video] 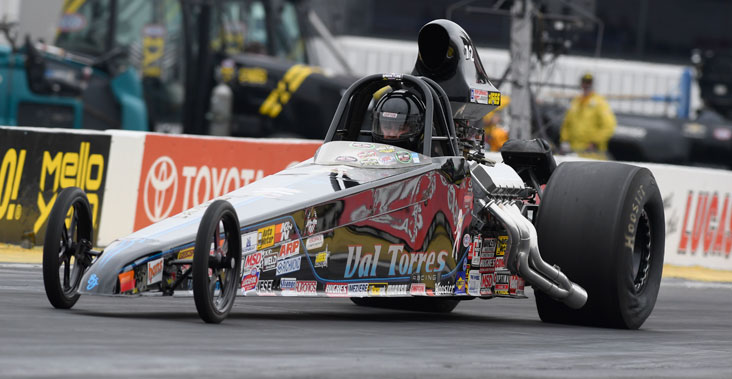 The latest pair of siblings to battle in an NHRA final were Division 7 regulars Gabriel and Val Torres Jr in Super Comp. Older brother Val was first off the starting line .024 to .035, but Gabriel drove around him to win by eight-thousandths, 8.922 to 8.941. For Gabriel, the win was his second in NHRA national event competition following his inaugural victory at the 2014 Auto Club NHRA Finals.  [Watch video] 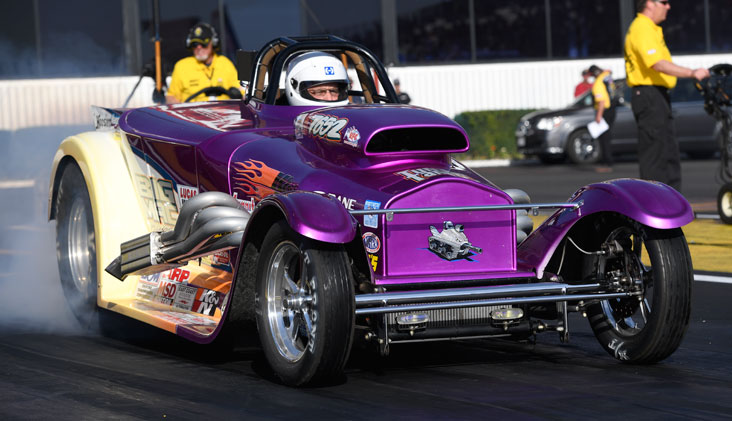 McClelland, the son of longtime NHRA announcer Dave, earned his fifth career win in Super Gas, and his first since the 2013 season. Driving his ’27-T Ford roadster, McClelland tangled with past JEGS Allstars champ Phil Unruh in the final and emerged as the victor with a .007 light and a 9.907. Unruh broke out by a thousandth at the finish line with a 9.899 in his Chevy Cobalt. [Watch video] 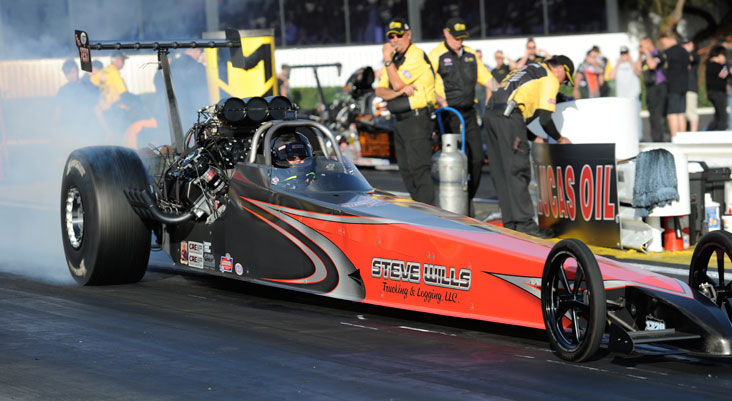 Will, the father of former Top Fuel racer Hillary Will, has a national event Wally of his own after a masterful performance in Top Dragster presented by Racing RVs. Driving a supercharged dragster, Will qualified No. 1 with a 6.035, and he also had top speed of the event by a wide margin at more than 235 mph. Will defeated Kenny Upton to reach the final round and then prevailed against multitime Division 7 champ Kyle Seipel with a solid 6.043 on his 6.01 dial. Seipel, last year’s seventh-ranked Top Dragster driver, was close, easing to a 6.862 on his 6.81 dial in the loss. [Watch video] 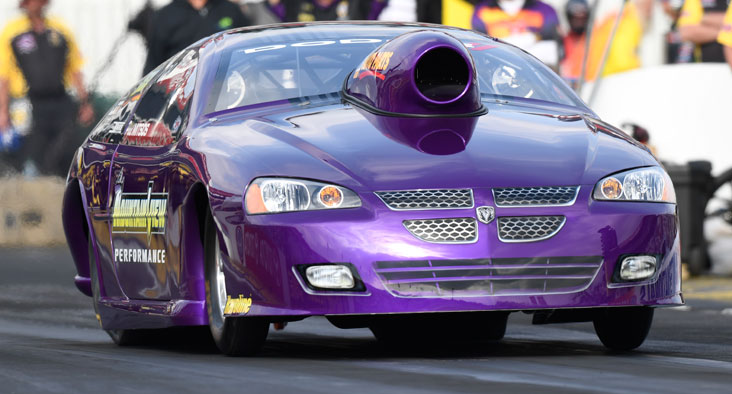 Mitsos, the son of Mountain View Racing Pro Stock team owners Nick and Irene Mitsos, racked up his first career win in Top Sportsman presented by Racing RVs. Mitsos was phenomenal on the starting line all weekend and finished the job with a solid .013 light after opponent Don Meziere fouled.  [Watch video]