Jianna Salinas completed her Pro Stock Motorcycle licensing runs on Monday at The Strip at Las Vegas Motor Speedway, taking another step toward making her debut at the 50th anniversary of the Amalie Motor Oil NHRA Gatornationals in Gainesville in 2019. The 21-year-old racer will spend the offseason testing to achieve that goal.

“I always feel like I could have done better, I could have run a better number, I could have done this, or I could have done that,” said Salinas the Tuesday after making a major accomplishment. “Maybe it’s because I have nothing to compare it to. A lot of the times Gary [Stoffer] or Mr. Underdahl or Karen [Stoffer] will tell me that what I’m doing is great for having just gotten on a bike six months ago, but I think part of it is that I want to stay humble so that I keep reaching for that next thing.” 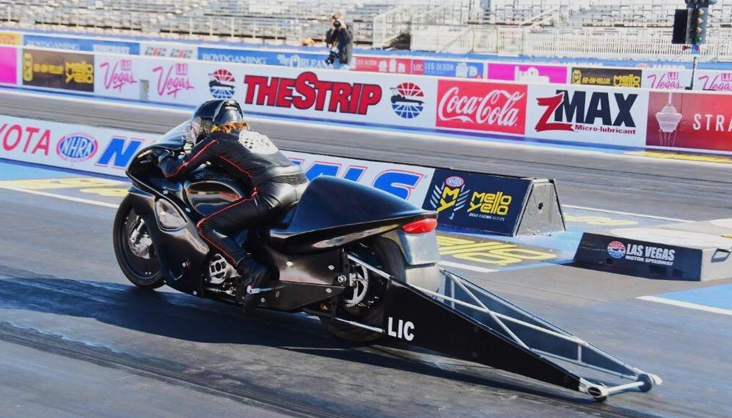 That next thing is one of the biggest drag races of all time if everything goes according to plan. Salinas circled the test session on Monday from the beginning but never held herself to that deadline — if things went awry, she’d wait to get her license until the offseason. That measured approach will sound familiar if you know her father, Top Fuel racer Mike Salinas. Committed, but steady. 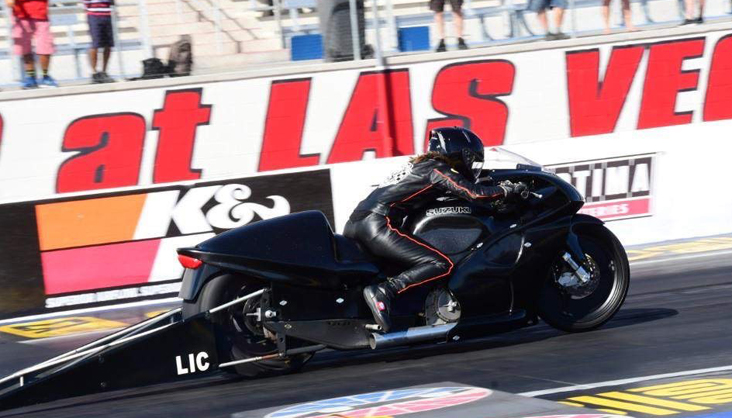 Getting her license involved making a couple 7.90 hits on the test bike owned by the Stoffer-Underdahl team, which turned dramatic because of an ill-fitting glove. Salinas struggled to keep the throttle juiced until the finish line as a result on the first several of nine passes on the day. She got help from a fellow rider, Katie Sullivan, whose hands are a similar size.

“Once I got the new glove on I was able to make a couple passes that were better,” she said. “Then, on my last pass, I was able to make a 7.90. I honestly didn’t think I had done enough to get my license, and I was pretty upset in the pit until Karen told me we needed to go to the tower to get the paperwork done. At that point I was really excited.” 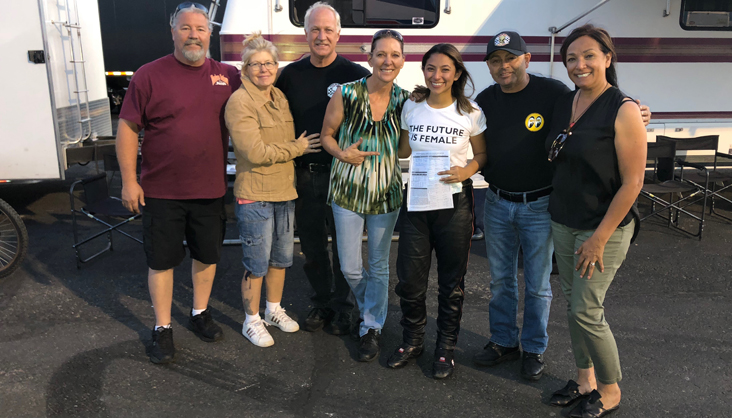 That goes for her family, too. Both her parents were on hand for the moment, and her sister, Jasmine, who will race Top Alcohol Dragster in 2019, was on the phone. The sisters will test together over the offseason and then NHRA fans can expect three Salinas family members to hit the strip next season — with at least one making a bid for the Automobile Club of Southern California Road to the Future Award.