Both Allen and Brown are former NHRA Top Fuel champions while Densham has been competing in Funny Car competition since the early 1970s. Fjastad, who passed away earlier this month, was a prolific race car builder in the 1960s and ‘70s while Oddy is a legend among supercharged doorslammer racers. Sharp is the curator for the NHRA Motorsports Museum and Riley the genius behind the Chrondek timing system that was so important in drag racing’s infancy.

The Patricia Garlits Memorial Award, presented by Mopar and Don Garlits, went to the late Terry Chandler, for her support of the Infinite Hero and Make-A-Wish Funny Car teams and drag racing in general. 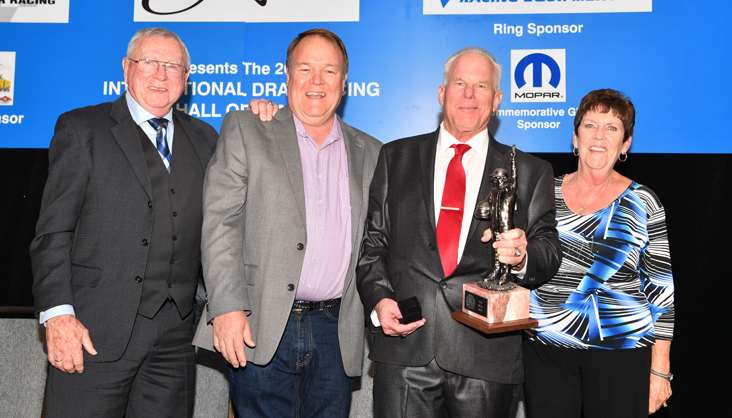 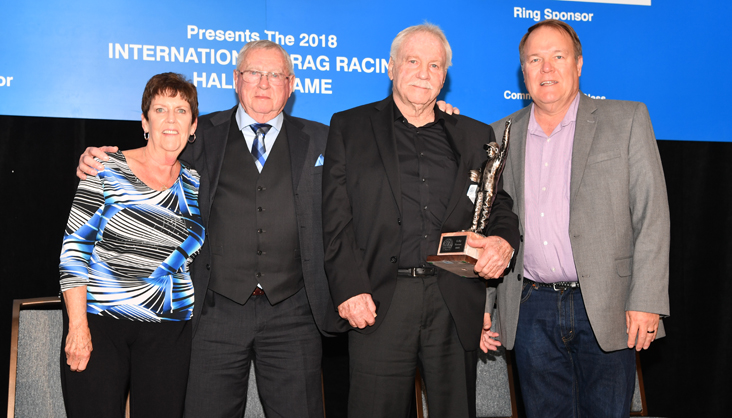 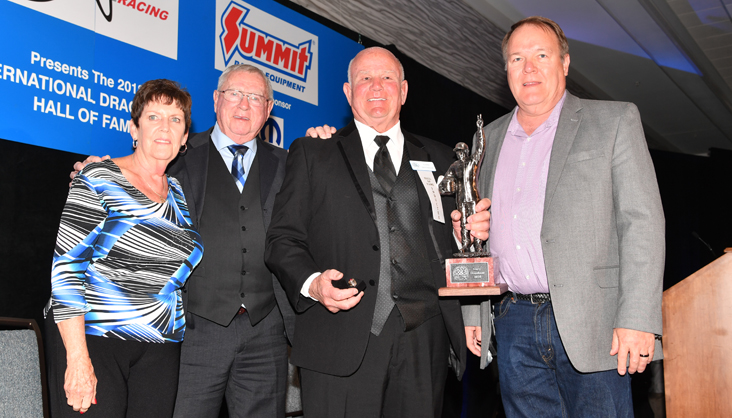 Gary Densham remains the longest-running active racer in the Funny Car class. Along his eight career wins is an Indy victory in 2004. 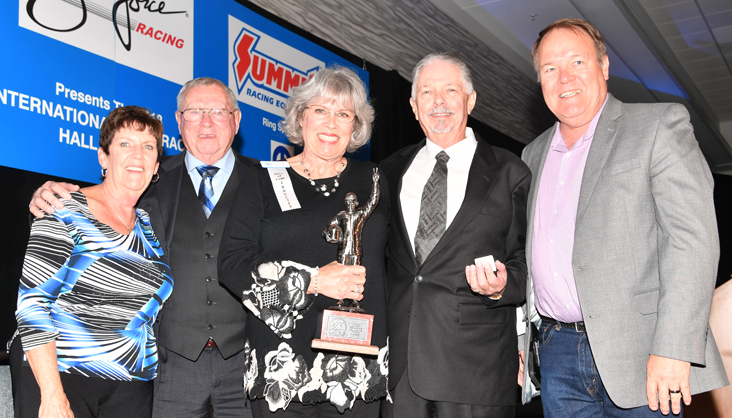 The late Roy Fjastad was represented by his daughter, Kathy, and son-in-law, former NHRA Top Fuel winner Carl Olson. Olson also accepted the award on behalf of Greg Sharp, who could not attend. 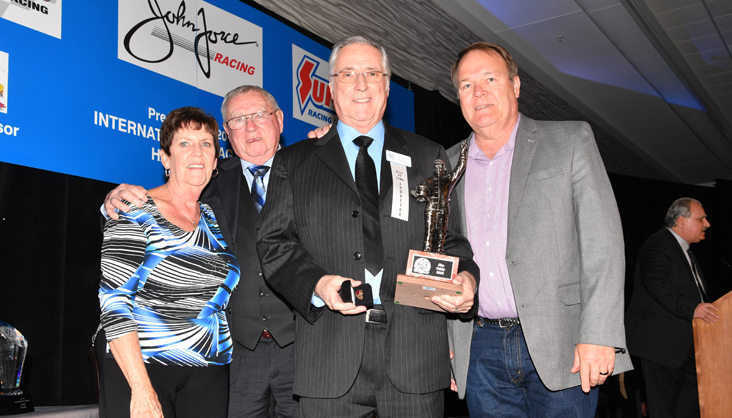 Jim Oddy has been racing blown doorslammers since the 1960s and won Comp at the 1972 U.S. Nationals.