Sept. 28, 2017 marks the 10-year anniversary of the passing of NHRA founder Wally Parks. The primary driving force behind the formation of the National Hot Rod Association, Parks was the visionary whose early goals created what today is the world’s largest motorsports governing body.
28 Sep 2017
Posted by NHRA.com staff
News 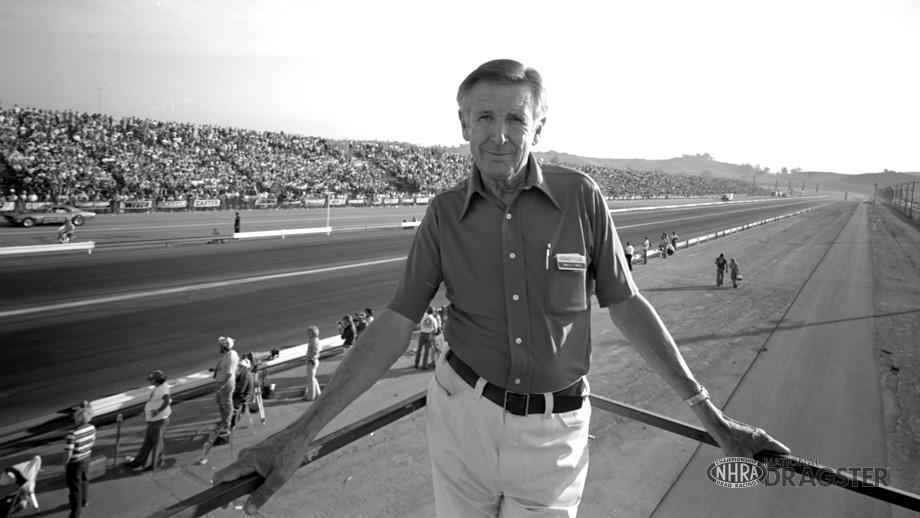 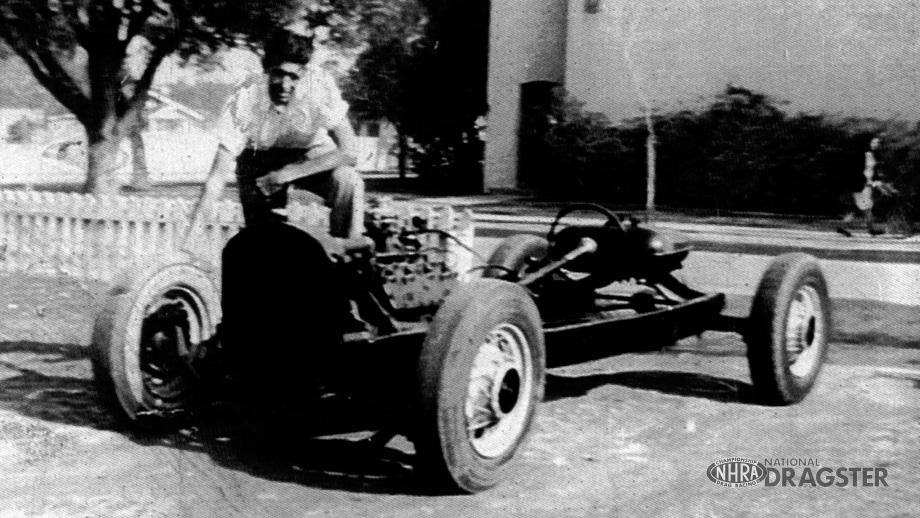 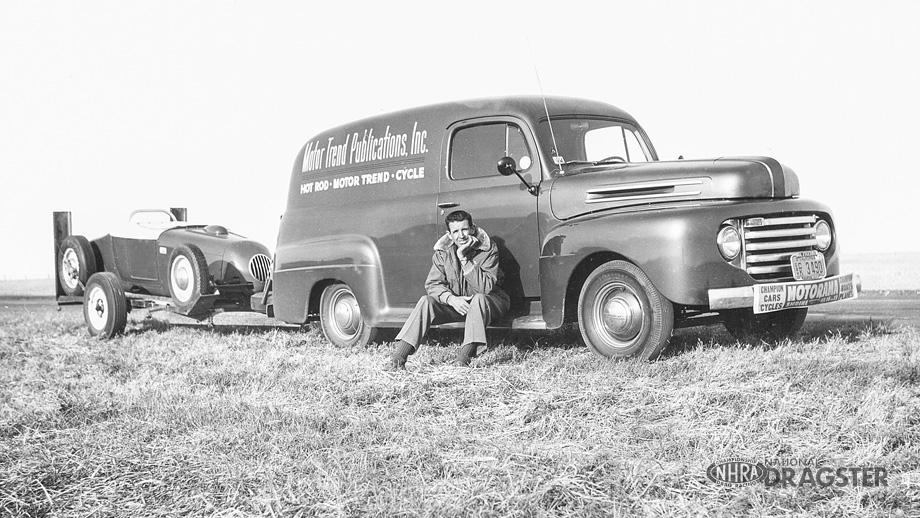 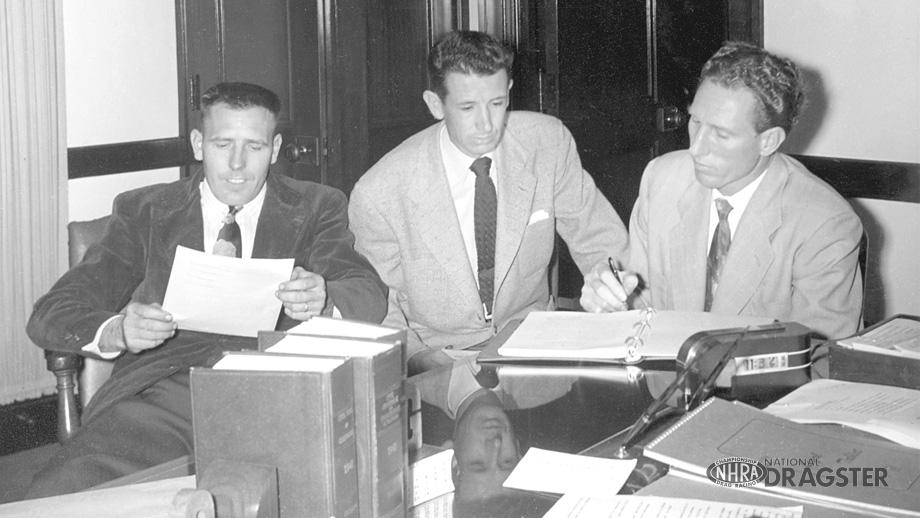 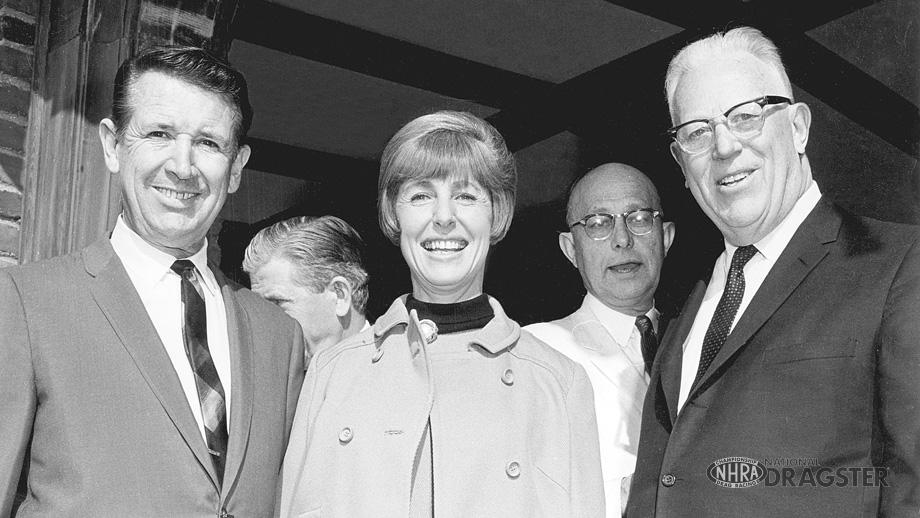 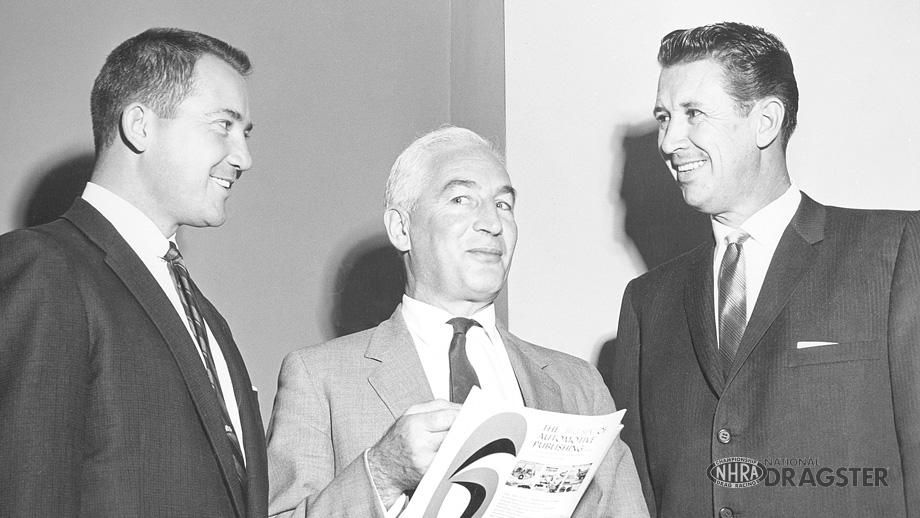 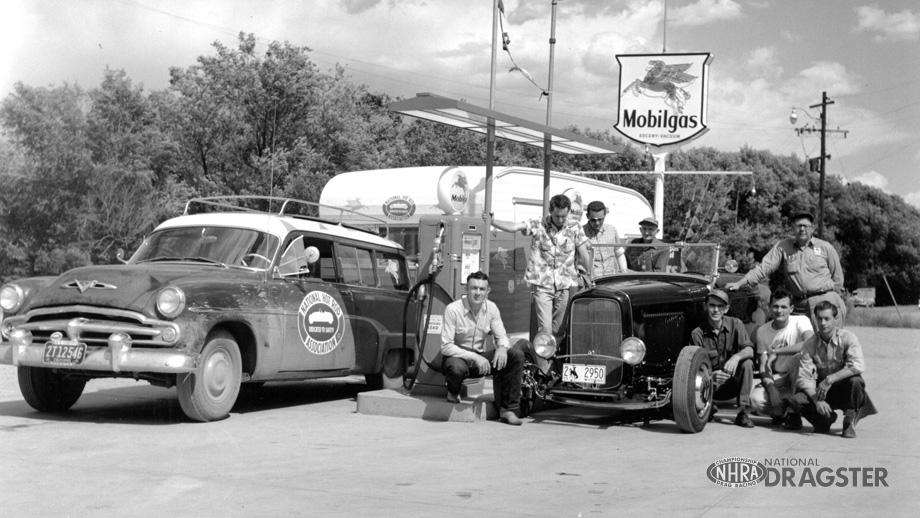 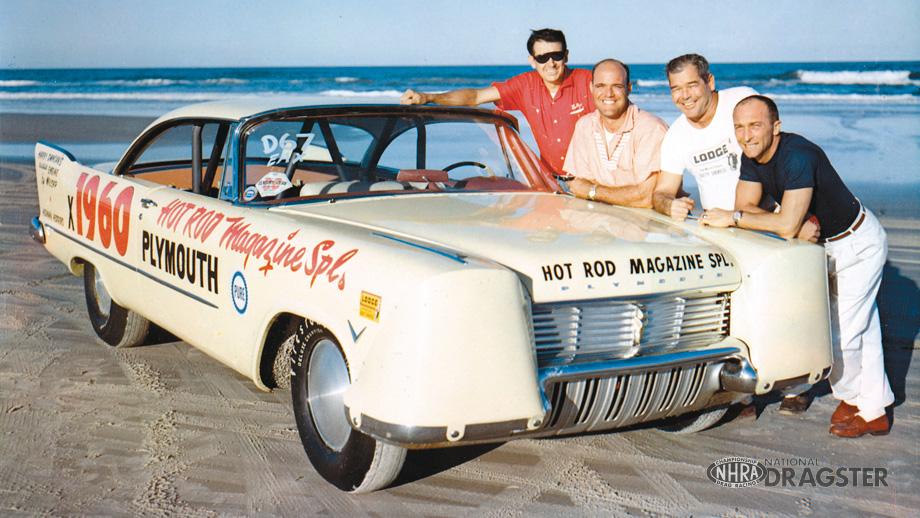 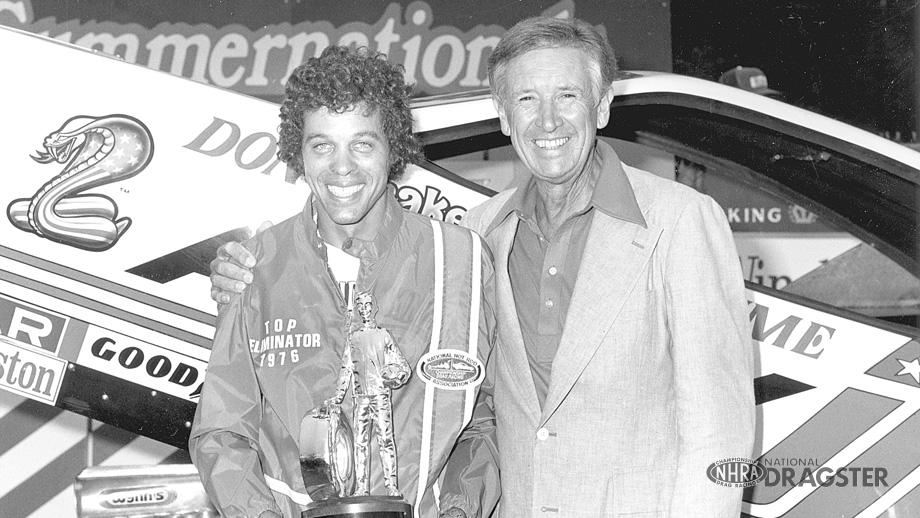 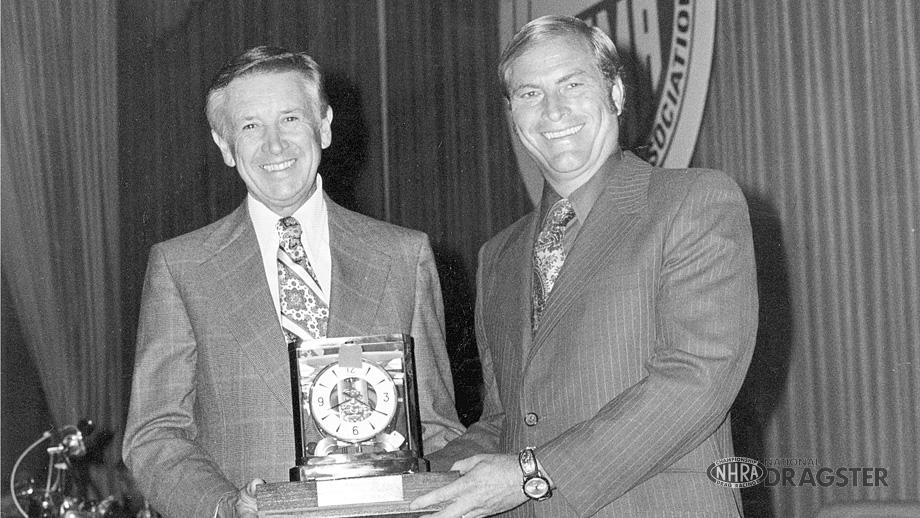 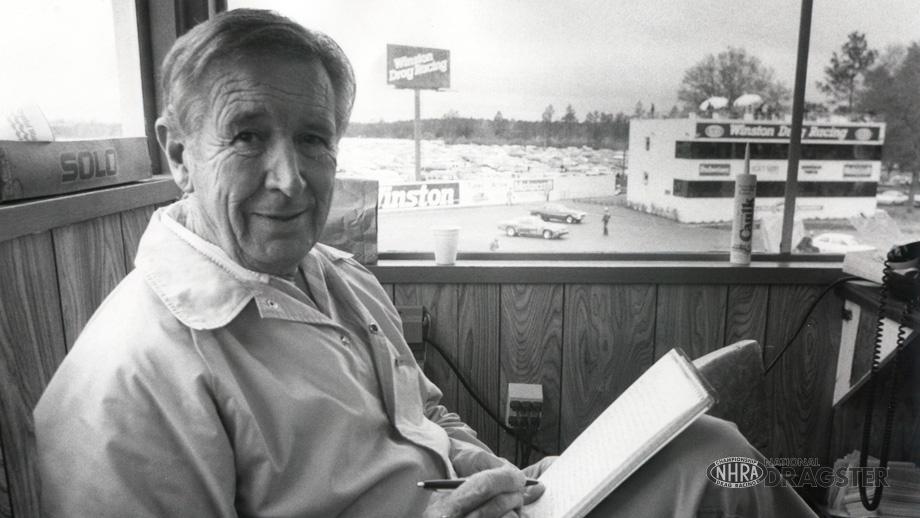 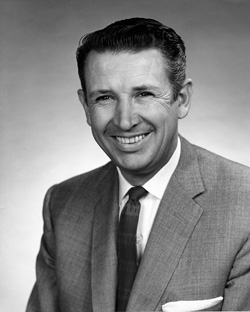 Sept. 28, 2017 marks the 10-year anniversary of the passing of NHRA founder Wally Parks. The primary driving force behind the formation of the National Hot Rod Association, Parks was the visionary whose early goals created what today is the world’s largest motorsports governing body. After nurturing NHRA for six decades, Parks died  on this day 2007 at the age of 94, but it's safe to say that his vision did not, and also safe to say that without Parks’ vision and perseverance, much of what has happened today may not have been achieved.

Parks, who founded NHRA in 1951, never implied that he did it all himself. Reflecting on the tremendous growth and success of NHRA, he noted often how fortunate he was that so many dedicated people shared his outlook that almost anything is possible if you believe in it strongly enough. One of the most dedicated was unquestionably his wife, Barbara Parks, who died in January 2006.

Born in Oklahoma, then living in Kansas until age 8, Parks’ automotive interests surfaced after his family moved to California. In his high school years, he became active in building stripped-down Model T Fords and Chevy fours for use on the street and in early speed trials conducted on dry lakebeds in the Mojave Desert. 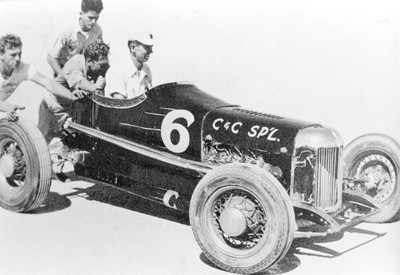 In 1937, Parks took part in the formation of the Southern California Timing Association (SCTA) –- an organization focused on conducting land speed record events –- serving as one of its officials until World War II began. In 1946, following military service in the South Pacific, Parks was elected president of the reorganized SCTA. In 1947, after 10 years as a road test driver and process engineer for General Motors, Parks left GM to assume a new role as the SCTA’s general manager. It was his concept that produced America’s first Hot Rod Show, presented by the SCTA in 1948 at the Los Angeles Exposition Armory.

In 1948, Parks helped co-publishers Bob Petersen and Bob Lindsay in the introduction of Hot Rod magazine, which became one of the world’s largest-circulation auto enthusiast publications, and later was named its first editor. In 1949, Parks organized the campaign that led to the opening of Utah’s Bonneville Salt Flats for hot rod speed trials – a still thriving annual activity. ! In 1951, utilizing Hot Rod as a conduit to nationwide readership, Parks formed the National Hot Rod Association. In 1963, he resigned his position as editorial director for all of Petersen’s automotive magazines – Hot Rod, Motor Trend, Car Craft, Sports Car Graphic, and Motor Life – to assume full-time administrative duties as president of NHRA. 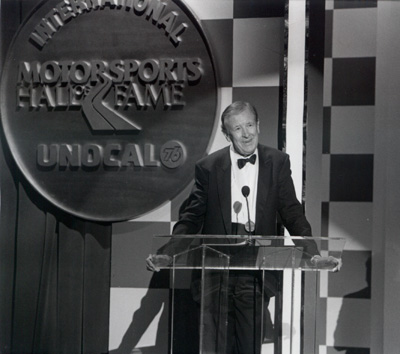 An early recipient of Car Craft magazine’s prestigious Ollie Award for his many contributions to motorsports, Parks was named Man of the Decade, 1962-1972 by Popular Hot Rodding magazine and was recognized as Man of the Year in 1973 by the Specialty Equipment Market Association (SEMA). The American Auto Racing Writers & Broadcasters Association (AARWBA) honored Parks in 1988 and again in 1994 for his pioneering efforts in motorsports. Parks received his highest honors in 1992 and 1993. He was drag racing’s first inductee into the International Motorsports Hall of Fame in 1992 at Talladega, Ala., and in 1993, he was inducted into the Motorsports Hall of Fame at Novi, Mich.

In 1994, the tributes to Parks’ legacy continued to pile up. A large bronze statue of Parks was presented at NHRA’s Gainesville Raceway, which was eventually moved to its current location in front of the Wally Parks NHRA Motorsports Museum at the Fairplex in Pomona, Calif. Later in 1994, Parks and wife Barbara were coinductees into the Don Garlits International Drag Racing Hall of Fame at Ocala, Fla., for their pioneering efforts that spearheaded NHRA’s success. Parks also was the first recipient of the Don Prudhomme Award, a trophy presented by NHRA to an individual who has made a profound impact on the growth and positive image of the NHRA Mello Yello Drag Racing Series.

At the 2001 NHRA Awards Ceremony, Parks was presented the prestigious Blaine Johnson Award for his dedication, perseverance and nurturing commitment to the sport over the years. In 2002, Parks again was recognized for his many contributions to the sport of drag racing. He was presented with the inaugural Robert E. Petersen Lifetime Achievement Award at the fourth annual Hot Rod & Performance Trade Show in Indianapolis. Petersen, a renowned automotive publisher and creator of multiple automotive magazines, presented Parks with the all-bronze sculpture, which was created to honor the entrepreneurs who have contributed to the history, growth and well-being of the hot rod industry. 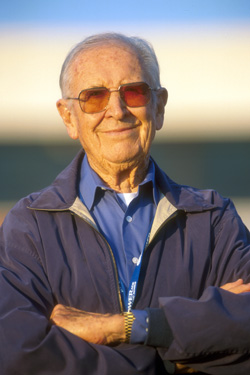 In late 2003, Parks received another honor of distinction when he was named the Dean Batchelor Lifetime Achievement Award winner by the Motor Press Guild in Los Angeles.

During his final days, Parks was active on NHRA’s board of directors and dedicated much of his time to the cultivation and expansion of the Wally Parks NHRA Motorsports Museum. Although much of the museum’s historical focus is on the evolution of NHRA and drag racing, it also features many other forms of motorsports that relate closely to the formative years of NHRA, including dry lakes, Bonneville, oval track racing and allied performance industries.

Parks left behind not just a legacy but also a dream and a vision that still resonates today with the staff of the NHRA.