All 24 events during the busy season will be aired exclusively on FOX Sports and for selected events on the FOX broadcast network, with live and near-live coverage of most of the events.  Over 575 hours of programming will feature action from Friday and Saturday qualifying rounds and Sunday finals.

The lineup for the four-race back-to-back stretch that starts the slate of busy racing action in the summer months will change in 2018. The Route 66 NHRA Nationals at Route 66 Raceway moves earlier to May 31- June 3. The NHRA New England Nationals at scenic New England Dragway outside of Boston moves later to July 6-8.

The 2018 season will begin at the venerable Auto Club Raceway at Pomona in Southern California with the NHRA Winternationals, Feb. 8-11, and closes at the renowned dragstrip with the final race of the Mello Yello Countdown to the Championship playoffs, the Auto Club NHRA Finals, Nov. 8-11. 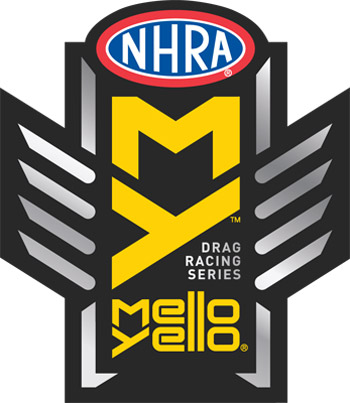 Following the season-opener, the series returns to Wild Horse Pass Motorsports Park near Phoenix for the NHRA Arizona Nationals, Feb. 23-25.

After the Phoenix race, NHRA teams will traverse the country to the traditional East Coast opener at Florida’s Gainesville Raceway for the fan-favorite Amalie Motor Oil NHRA Gatornationals, March 15-18.

Teams will then travel back to the West Coast for the DENSO Spark Plugs NHRA Nationals at Las Vegas, April 6-8.

An early season three-race swing featuring events in the southern states will follow: the NHRA SpringNationals at Royal Purple Raceway near Houston (April 20-22); the NHRA Four-Wide Nationals at zMAX Dragway in Charlotte, N.C. (April 27-29); and the NHRA Southern Nationals at Atlanta Dragway in Georgia (May 4-6).

Heartland Park Topeka, which has featured record-breaking racing and is one of the fastest tracks on the tour, will host the Menards NHRA Heartland Nationals presented by Minties, May 18-20.

The tour will power to New England Dragway (July 6-8) before traversing the country to start a three-race stretch on the west coast.

The historic NHRA Western Swing kicks off with the Mopar Mile-High NHRA Nationals at scenic Bandimere Speedway in Denver, July 20-22. The teams will then head to Northern California for the Toyota NHRA Sonoma Nationals (July 27-29) at Sonoma Raceway, then finish the Western Swing near Seattle at Pacific Raceways with the NHRA Northwest Nationals, Aug. 3-5.

NHRA Mello Yello Series teams will then head to Brainerd (Minn.) International Raceway, for the Lucas Oil NHRA Nationals, Aug. 16-19, meeting some of the most dedicated fans in the country.

Final positions for the sport’s playoffs, the NHRA Mello Yello Countdown to the Championship, will be secured at the world’s most prestigious drag race, the 64th annual Chevrolet Performance U.S. Nationals at Lucas Oil Raceway at Indianapolis, Labor Day weekend, Aug. 29-Sept. 3, the last race of the regular season.

The six-race NHRA Mello Yello Countdown to the Championship gets underway in mid-September with back-to-back racing at historic Maple Grove Raceway in Reading, Pa. for the Dodge NHRA Nationals (Sept. 13-16), followed by the AAA Insurance NHRA Midwest Nationals near St. Louis (Sept. 21-23).

The playoffs then head west at the AAA Texas NHRA FallNationals at the Texas Motorplex near Dallas (Oct. 4-7), before going back East to state-of-the-art zMAX Dragway for the NHRA Carolina Nationals (Oct. 12-14). Then, it's back out West for the NHRA Toyota Nationals in Las Vegas (Oct. 25-28); and the Auto Club NHRA Finals at Auto Club Raceway at Pomona, where world champions will be crowned in Southern California Nov. 8-11.