Kim Parker and Jay Payne collected wins in Top Alcohol Dragster and Top Alcohol Funny Car, respectively, during the NHRA Northwest Nationals, but the real star of the show was homestate racer Jody Lang, who won for the second week in a row when he claimed the Stock title.
16 Aug 2017
Posted by NHRA.com staff
News 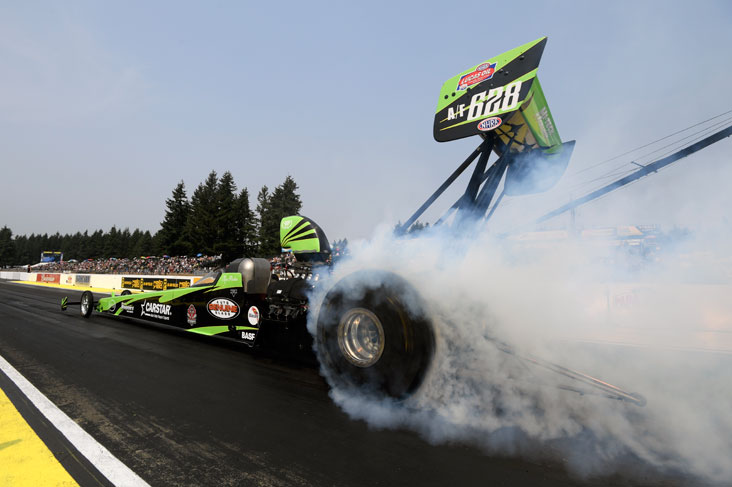 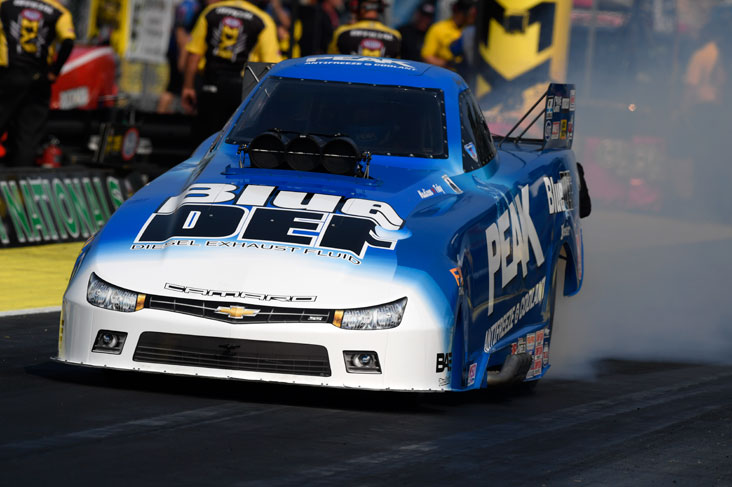 California-based racers Payne and Steve Gasparrelli dueled in the final round of Top Alcohol Funny Car. Payne, with the help of crew chief and reigning class champ Jonnie Lindberg, powered to a 5.526 to take the victory over Gasparrelli’s 5.646. Doug Gordon set low e.t. and top speed of the event with a 5.452, 270.92 run, but he lost in round two against Brian Hough. [Watch video] 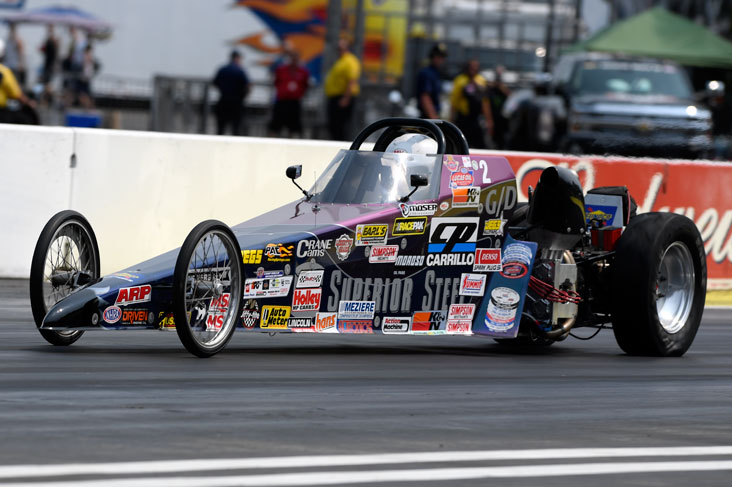 Hyerstay, in his tiny four-cylinder powered G/Dragster, knocked off local racer Ryan Warter in the Comp final. Hyerstay was ahead by a comfortable margin after a five-hundredths starting-line advantage and kept his foot in the throttle to record an impressive (-.788) 8.69 for the win. Hyerstay had defeated Lane earlier, who went on to win in Super Stock. [Watch video] 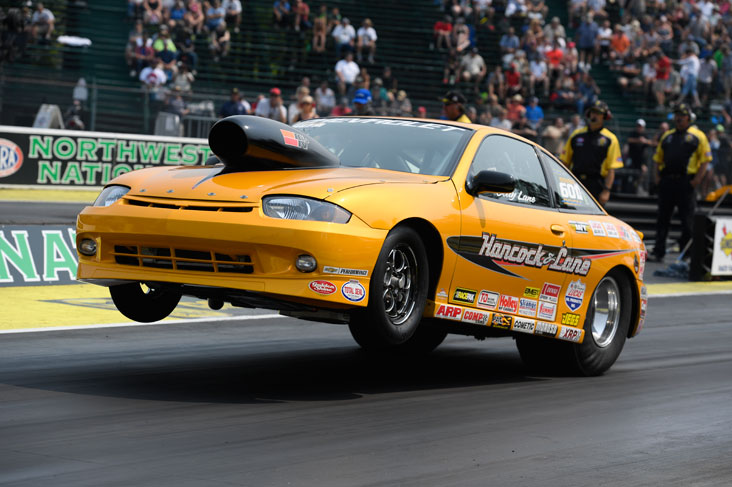 Lane has now won 11 NHRA national events, including six at his home track, Pacific Raceways, after claiming the Super Stock title over Justin Lamb. Driving the Cobalt that is normally raced by his son, Cody, Lane scored a critical quarterfinal win against Sonoma champ and fellow Division 6 ace Lang to earn a bye into the final. It was also the third straight year that Lane has won his home event, counting his back-to-back Comp titles in 2015-16. [Watch video]

Lang’s mini version of the Western Swing was especially productive because he backed up his Sonoma Super Stock victory with a Stock win in Seattle. Lang scored career win No. 28 when he defeated Lamb in a competitive final. Driving his lumbering N/SA Malibu wagon, Lang matched his 12.32 dial with a 12.322, forcing Lamb into a breakout with a 9.685 on his 9.69 dial. Already the national points leader in Super Stock, Lang’s most recent victory has helped elevate him to the No. 2 spot in Stock. [Watch video] 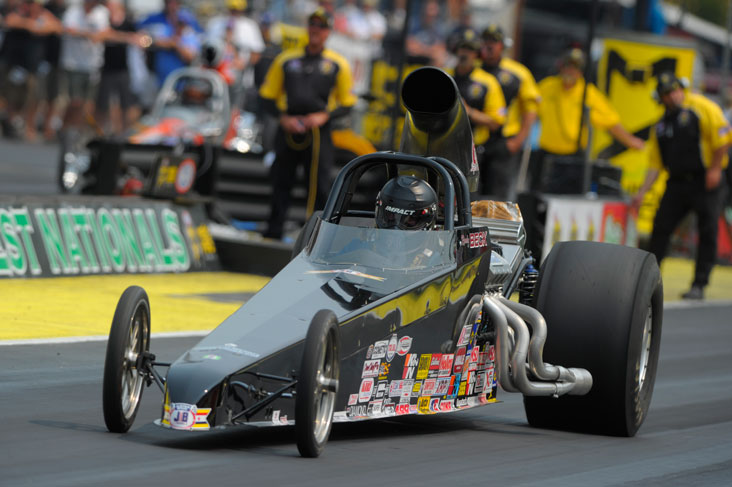 Beck’s first national event win in Super Comp was the result of a very solid driving performance that included a narrow win over Greg Taylor in the final round. In one of the best races of the day, Beck, the son of two-time NHRA Top Fuel champ Gary Beck, left first by a fraction, .001 to .006, and held on for the win by three-thousandths of a second, 8.935 to 8.933. [Watch video] 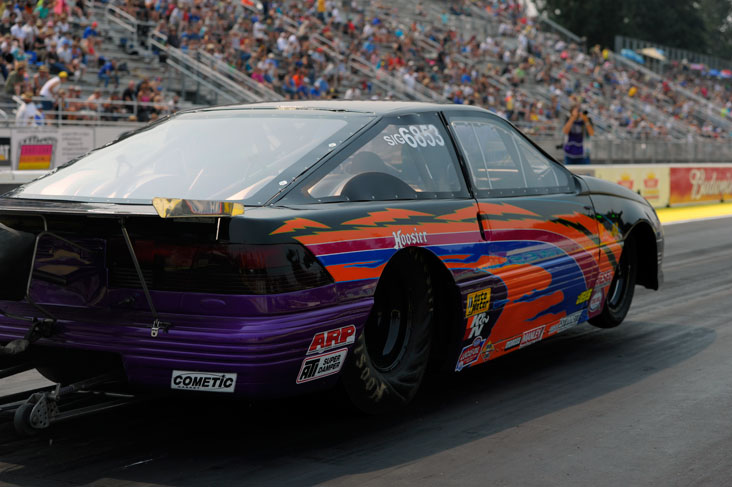 The Super Gas final was also a very competitive battle with Davis collecting his first national event title at the expense of Gene Kelly. Davis, in his ’95 Ford Probe, gained a slight lead at the start, .017 to .025, then held on for the win, 9.924 to 9.929. Davis was also the low qualifier in Super Gas based on his near-perfect 9.909 pass in round one. [Watch video] 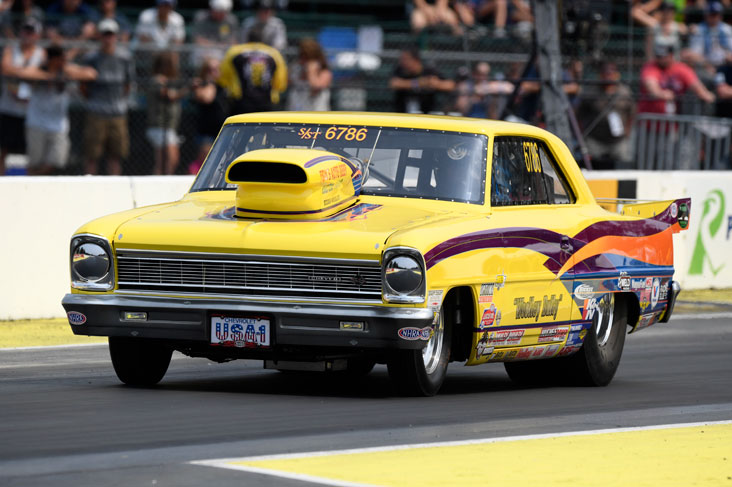 The Super Street final was decided on the starting line when Larry Miner fouled by .014-second, sending Brown to his first national event title. Brown never strayed far from the 10.90 index in his wins against Allan Macham, Steve Beggerly, and Larry Emil. [Watch video] 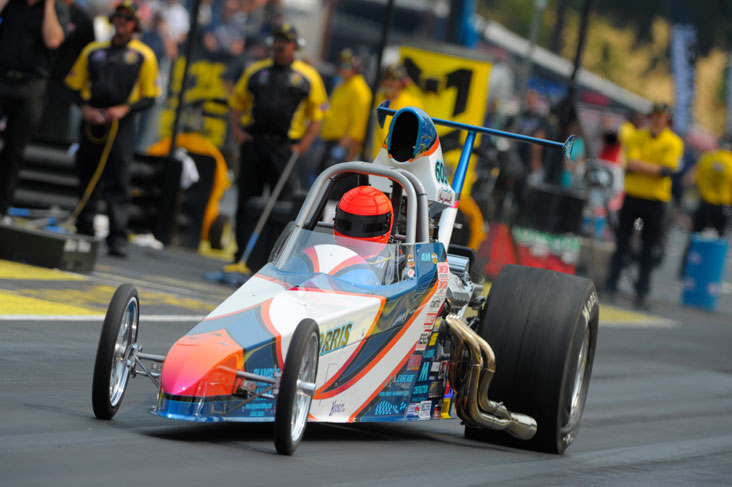 Yet another first-time national event champ was Morris, who claimed victory in Top Dragster presented by Racing RVs. Morris won the final round after opponent Kyle Seipel fouled by one-thousandth of a second. Earlier in the event, Morris drove his dragster to a string of solid victories against Meghan Molinari, Gene Heaton, Ryan Carlson, and Jeff Havens. Morris had previously competed in just one NHRA Lucas Oil Drag Racing Series event this season, recording a round-one loss in Mission, B.C. [Watch video] 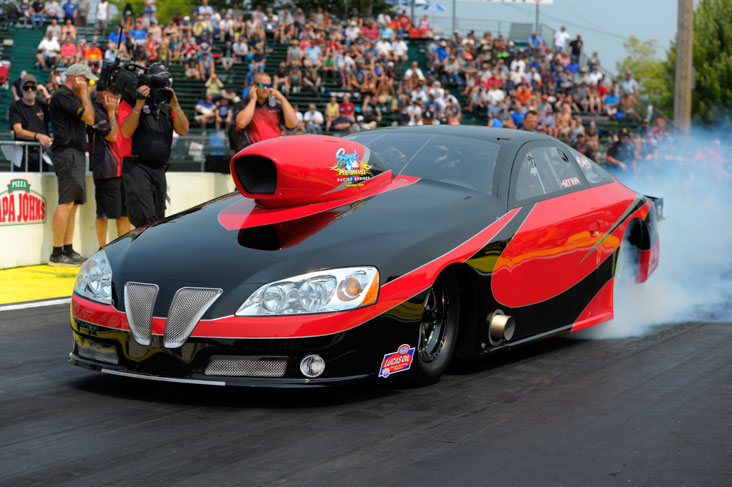 Nearly a decade after winning Super Comp at the 2008 Seattle race, Sefton returned for an encore performance by winning in Top Sportsman presented by Racing RVs. Paired with Bryan Warr in the final, Sefton picked up the win with a slowing 7.239 on his 7.11 dial after Warr slowed to a 7.277 from his 7.05 prediction. Sefton’s path to the final included wins against Robert Strohm, Eddy Plaizier, and Shawn Herbst. [Watch video]