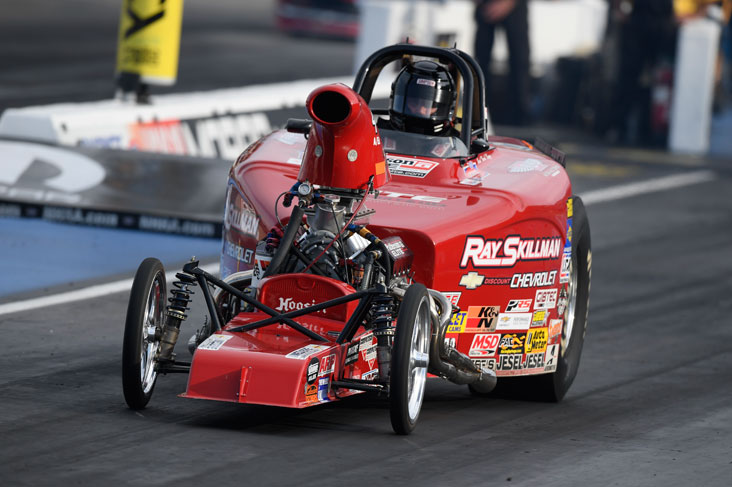 Rampy hadn’t made the trek to Denver in a decade, but he was able to successfully adapt his Skillman Auto-backed A/EA to the unique track conditions to secure the Comp victory. After a bye run and a couple of foul starts by his opponents, Rampy’s only true race was the final, and he came through with a (-.620) 7.72 for the win over Jessie Oman’s B/DA. In the battle for the championship, Rampy is the current leader with three national event wins and three NHRA Lucas Oil Drag Racing Series victories. [Watch video] 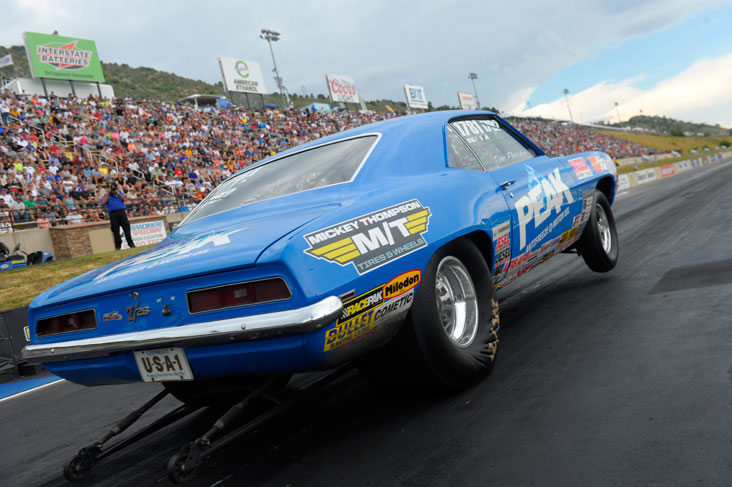 It took Fletcher nearly eight months to go from 99 wins to 100 but only 14 days to bag No. 101. Returning to the seat of his familiar Peak Camaro, Fletcher picked up the Super Stock win when opponent Justin Jenkins broke out by two-thousandths of a second in the final. Fletcher later admitted that he had made a mistake at the finish line but somehow got away with it. Of his 101 wins, eight of them have now come at Bandimere Speedway. [Watch video] 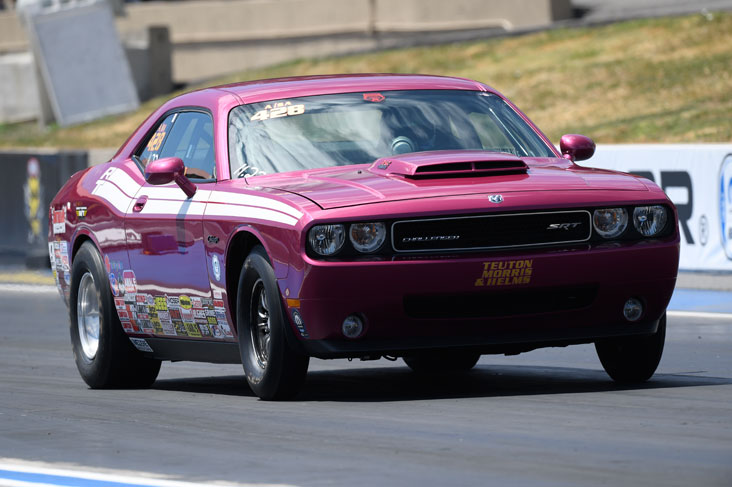 With his fourth win of the season, Helms now enjoys a sizable lead in the battle for what could be his fifth Lucas Oil Series national championship. Helms bagged his second national event title of the season and 26th of his career when he drove the Southland Dodge Challenger to a holeshot win against the J/SA Camaro of first-time finalist Scott Wells for top honors in Stock. Helms now has 654 points, well ahead of second-ranked Jerry Emmons. Like Fletcher, Helms also has a solid résumé in Denver, including his Super Stock/Stock double in 2005. [Watch video] 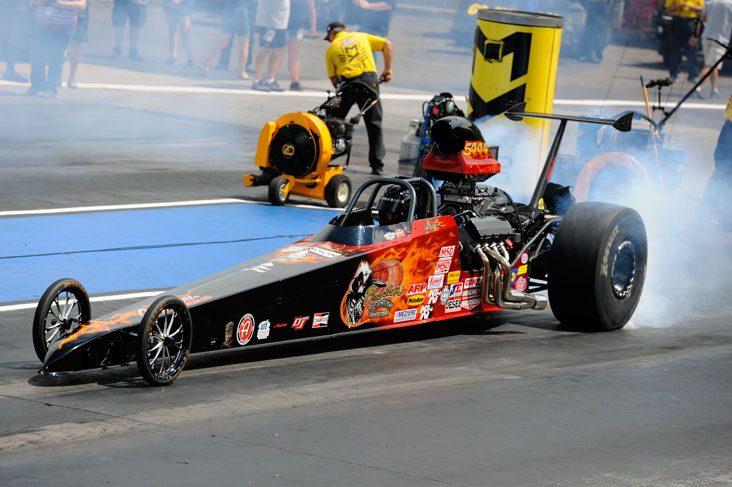 Whitfield pulled off a feat that is even more rare than a double when he won back-to-back Super Comp titles. Making the win even more extraordinary is the fact that Whitfield raced fellow Denver-area resident Gary Wamboldt in both final rounds and managed to win both of them. A year ago, Whitfield got the best of Wamboldt in a close double-breakout final round. This time, Whitfield grabbed a big lead at the start and won with a 9.544 on the altitude-adjusted 9.50 Super Comp index. Over the last two years, he has won 12-straight rounds in Denver, and his worst light has been a .030. [Watch video] 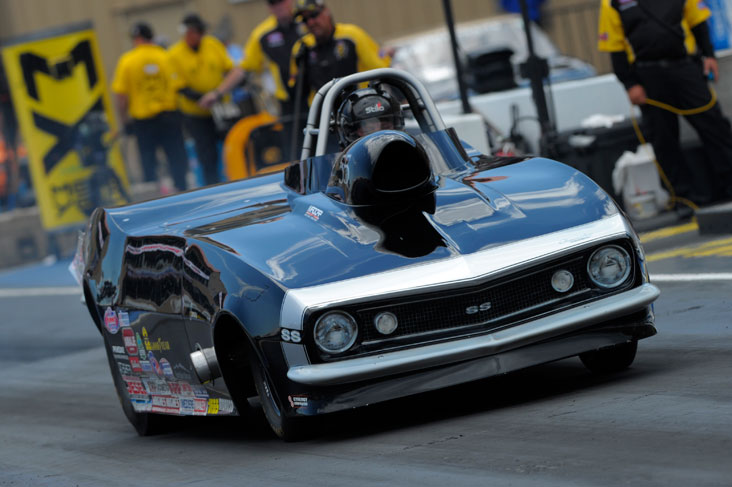 Former Jr. drag racer Johnson earned his first national event win in Super Gas after stopping Morgan Minor in the double-breakout final. Johnson, aided by a .009 light, won with a 10.464 to Minor’s 10.432 on the 10.50 index. It was Johnson’s second final round in Denver in the last four years, counting his runner-up finish at the 2014 race. Johnson was also a runner-up earlier this year at the Division 5 Lucas Oil Series event in Great Bend, Kan. [Watch video] 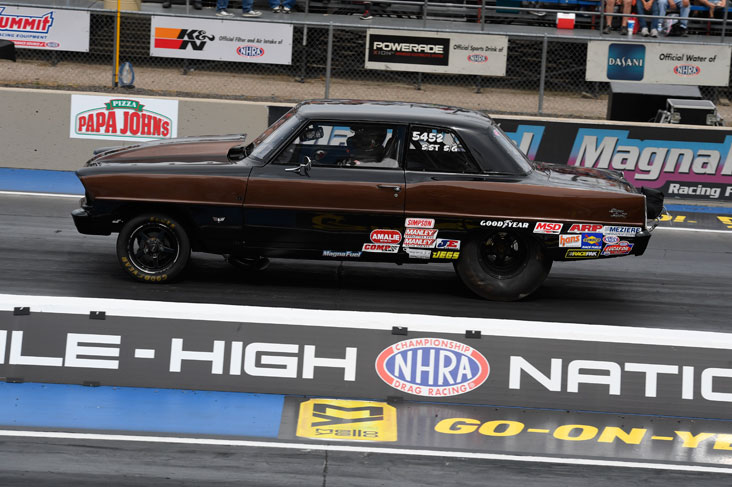 Another Denver champ who was blessed with a short tow was Super Street champ Grant, of Golden, Colo. Grant’s final-round battle against John Bianco’s ’55 Chevy was a memorable race. Grant left first, .005 to .034, and held on for the win with an 11.553 after Bianco broke out by a thousandth with an 11.499 on the 11.50 Denver index. Grant had previously won the Denver event in 2002 and the fall Las Vegas race in 2015, but he also has a pair of final-round losses in Denver from 2005 and 2007. [Watch video] 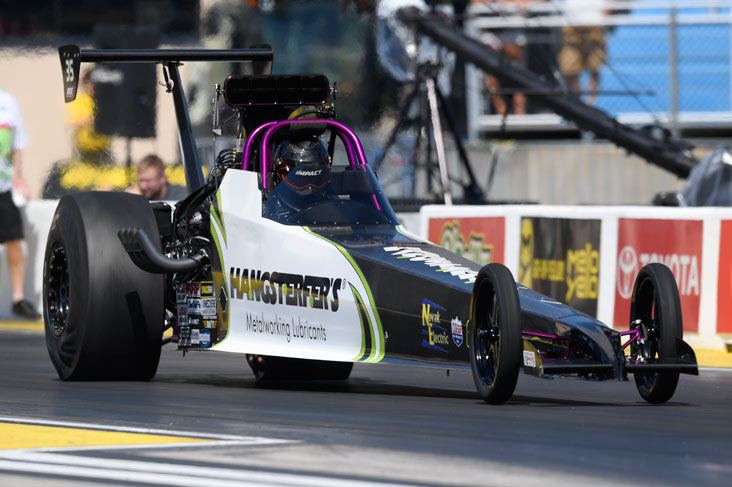 Basgall won the Top Dragster title with a coasting effort after opponent Jason Covington ran into a mechanical issue in the final. Basgall, who was making his first national event appearance of the season after a pair of early-round finishes at Lucas Oil Series events, scored a big win in the second round when he topped Division 5 champ Phil Unruh. [Watch video] 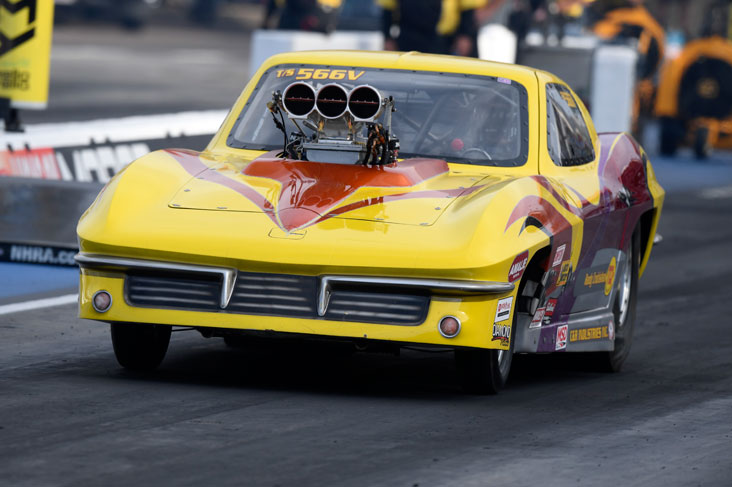 Cruickshank, another local who hails from Wheat Ridge, Colo., scored his first national event title in Top Sportsman after Bud Preuss fouled in his ’69 Camaro. Cruickshank didn’t leave much room for his opponents with four solid reaction times during eliminations, including a very competitive .011 in the final. Historically, Cruickshank competes in just one NHRA national event each year, and he managed to make it count with his first win. [Watch video]