In what was arguably the best race of the season for Top Alcohol Dragster and Top Alcohol Funny Car competitors, Todd Bruce and Doug Gordon emerged as the champions of the AAA Texas NHRA FallNationals in Dallas.
25 Oct 2017
Posted by NHRA.com staff
News 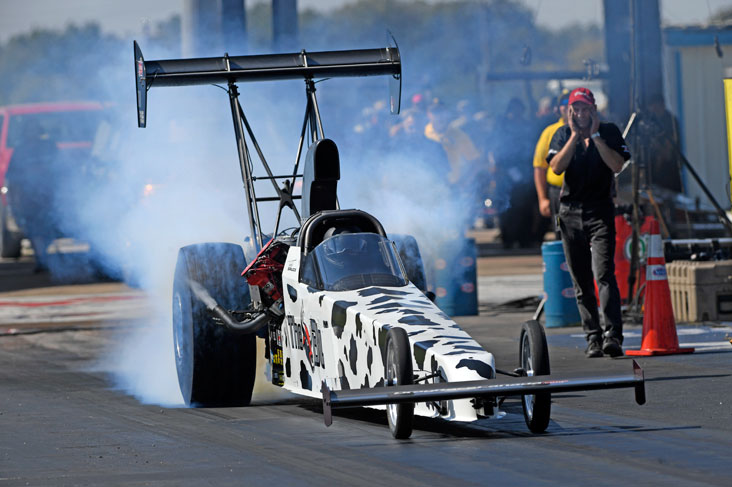 There were 27 alcohol dragsters competing for just 16 spots, and the bump was a record 5.349. Bruce began the drive to his first win from the No. 11 spot and defeated Jackie Fricke, Spencer Massey, and former national champ Chris Demke before taking on Megan Meyer in the final. Bruce finished the job with a competitive 5.260 after Meyer slowed. In qualifying, Meyer was the low qualifier with a 5.230, 278.58 mph. [Watch video] 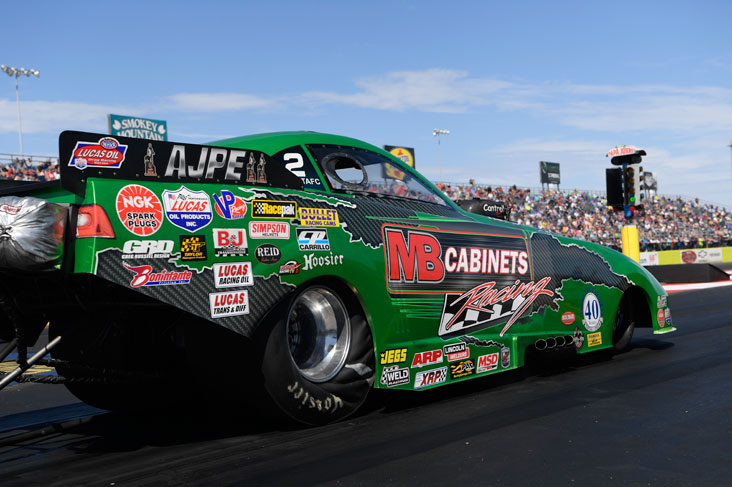 In a season that has included six runner-up finishes, Gordon broke through for his first Top Alcohol Funny Car title of the year when he stopped Annie Whiteley in the sport’s quickest side-by-side race, 5.376 to 5.382. Gordon got steadily quicker in each eliminations round with wins against Mark Billington, Jay Payne, and championship leader Shane Westerfield. Whiteley topped Kris Hool, Ulf Leanders, and Nick Januik to reach the final. [Watch video] 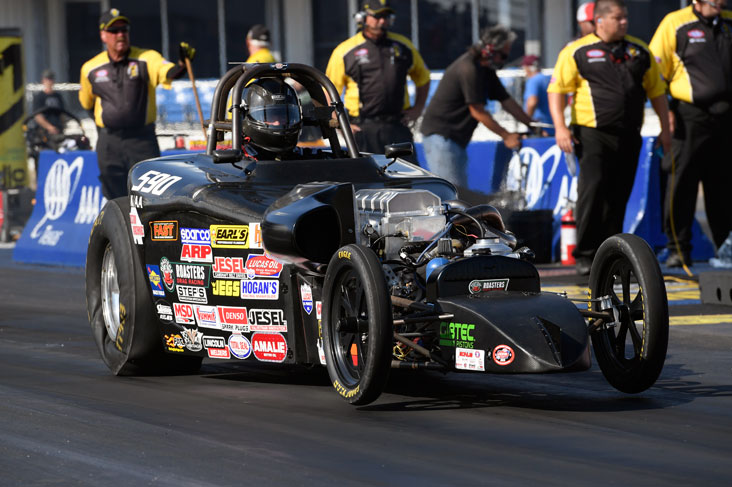 While David Rampy was busy wrapping up the Comp national championship at the Division 2 event in Reynolds, Ga., Neff was busy winning in Dallas. Neff wheeled his K/AA ’32 Bantam roadster to a final-round win over Will Hatcher’s swift six-second A/DA in the final with a (-.536) 7.65 to a (-.431) 6.62. Neff entered the final carrying .05-second worth of Competition Index Control penalties, while Hatcher was down a tenth in index following his round-two win against Kevin Self. Neff’s path to the final included wins against two-time Indy winner Brian Browell, Keith Mawhee, and Don Thomas. Neff has now won three NHRA national event titles. [Watch video] 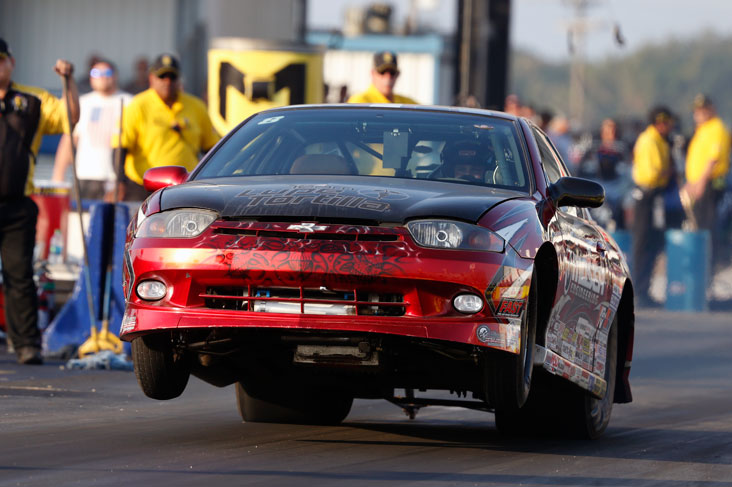 Cummings now has nine national event wins in his career, including four in the Super Stock class. Following his win in St. Louis, Cummings’ Moser Engineering-backed GT/DA Cavalier has now gone 12 straight rounds without a loss at national events. In the Dallas final against Pete Peery, Cummings turned in perhaps his best performance of the month with a .007 light and a 9.344 on his 9.34 dial that made him almost unbeatable. After a slow start to the season, Cummings has made a strong push to make the top 10. He’s currently listed as No. 12 in the standings. [Watch video] 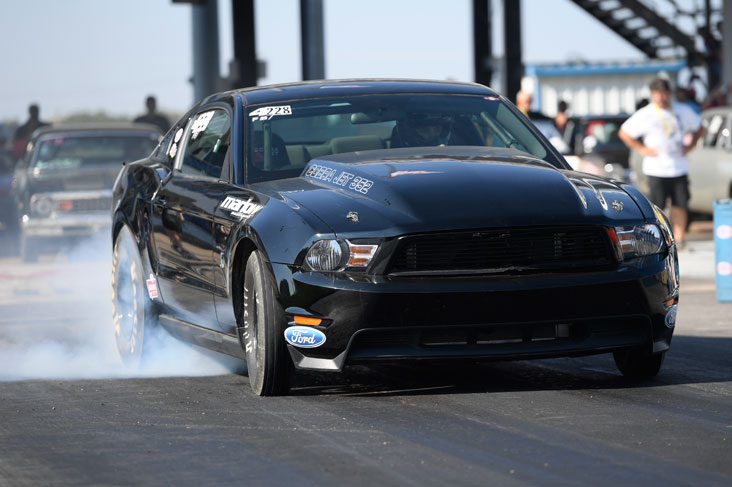 Cummings missed his shot for a double up when he lost in the Stock semifinal. Cummings lost to Marlow, who went on to beat Jeff Lopez in the final. In a classic battle of new-era muscle cars, Marlow drove his Cobra Jet Mustang to a win against Lopez’s COPO Camaro. Lopez left first by four-hundredths but spun the tires and missed his dial by two-tenths. Marlow’s first career victory came in his first national event appearance and just his third race of the season, counting a pair of early losses at divisional events. [Watch video] 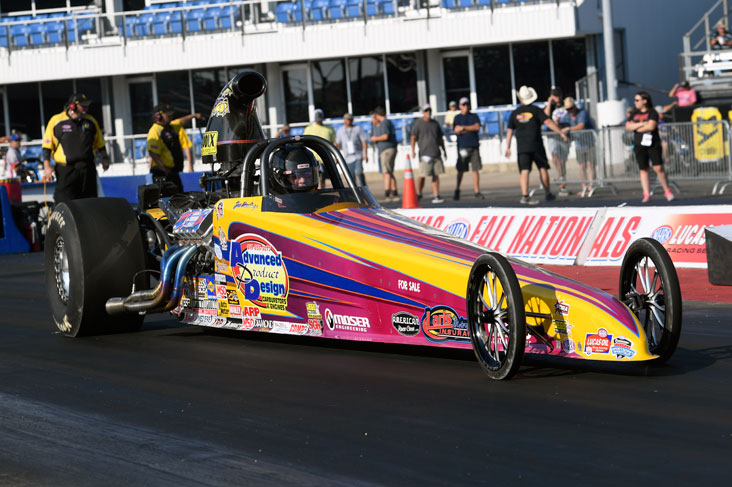 Anderson won his home event when he claimed the Super Comp win against Ryan Herem, who was also a finalist in St. Louis. Anderson got the early lead and held on for the holeshot win, 8.922 to 8.912. The Waxahachie, Texas, native now has eight national event victories to his credit. [Watch video] 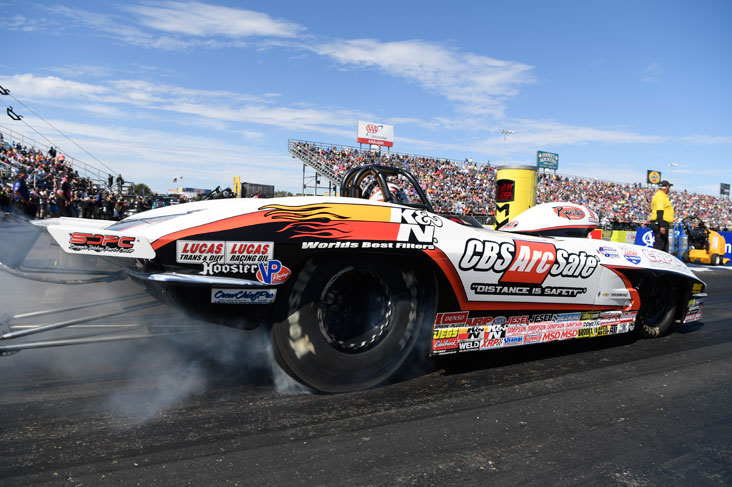 Cummings wasn’t the only St. Louis winner to repeat. Phillips also scored his second win of the month when he drove to the Super Gas title. Phillips also flirted with a perfect run during eliminations when he used a .000 light and a 9.905 to beat Buddy Wood in the third round. In the final against Jerry DeBusk, Phillips drove his CBS ArcSafe Corvette to a 9.916 to 9.931 victory. DeBusk was slightly quicker off the starting line, resulting in a .020-second margin of victory. [Watch video] 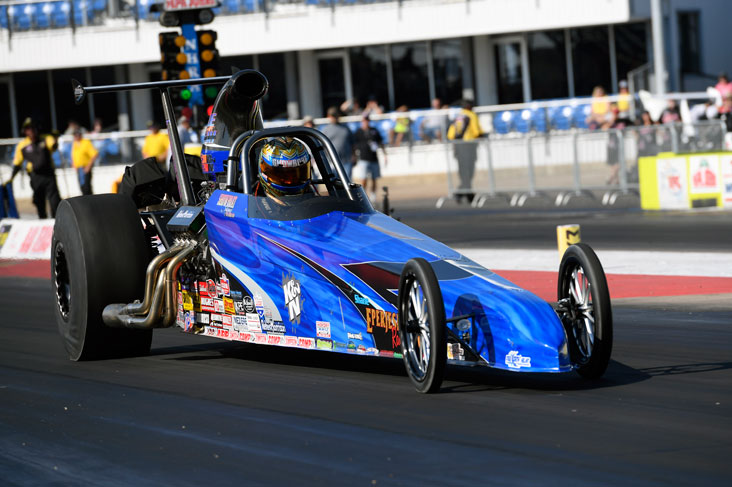 Longtime motorcycle racer Shane Eperjesi got his first national event win on four wheels when he drove to the title in Top Dragster presented by Racing RVs. Eperjesi raced Wade Pennington in the final round and turned on the win light with a 6.404 on his 6.37 dial to a 5.965 breakout on the 6.00 class minimum for Pennington. Eperjesi’s toughest battle came in the semifinals, where he won a double-breakout battle against Joe Fisher. [Watch video] 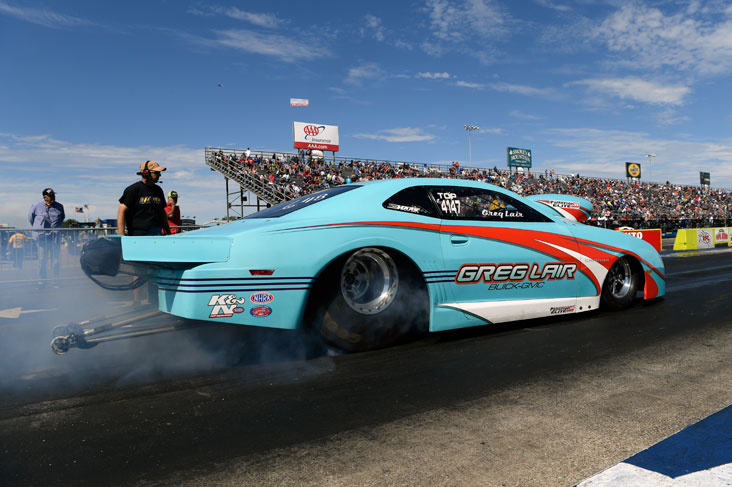 More than a decade ago, Lair drove to a win at the JEGS Cajun SPORTSnationals in Belle Rose, La. He returned to the winner’s circle in Dallas after stopping Aaron Philpot in the Top Sportsman presented by Racing RVs final. Lair banked three-hundredths off the starting line in the final and made it stick in a double-breakout final. Lair won with a 6.485 on his 6.50 dial after Philpot posted a 7.014 on his 7.04 prediction. [Watch video]