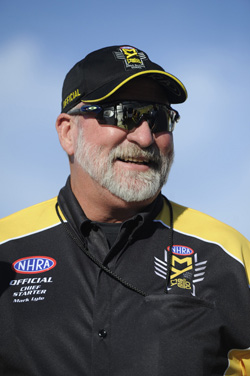 The life of former NHRA Chief Starter Mark Lyle was fondly remembered by family, friends, and the racing community in a Thursday night celebration of life on the eve of the Protect The Harvest NHRA Northwest Nationals at Pacific Raceways, Lyle’s home track. More than 500 people, included drivers and crew members from the Mello Yello Drag Racing series through the Sportsman and local E.T. bracket racing ranks, gathered for a moving and memorable service, which was followed by a candlelight track walk in his honor.
Lyle, who in 2012 became just the third Chief Starter in NHRA history, drowned March 27 while on vacation in Mexico, losing his life to save that of another. Lyle was remembered by his family, including his wife, Marcia, children, and other family members who spoke, not just as a hero, but as a loving and dedicated family man, friend and mentor. He had, they acknowledged, one of the toughest jobs in drag racing, “but never had a bad day at the office.” Nephew Colby recalled him as “a great man, who would give anything to anyone who needed it, including his life.”
Mike Gittings, Lyle’s protégé through their years together beginning as co-starters at Pacific Raceways and the man who followed Lyle’s path, next as Division 6 Starter and, finally, filling the Chief Starter role after Lyle’s passing, remembered the man many called “the Captain” as a dedicated student and ultimately the master of “the art of starting.” Lyle, he said, was a wonderful teacher, devoted to his craft; “he lived it, and loved it, every minute of it.”
NHRA stars Erica Enders, Jack Beckman, John Force, Chad Head, and Bobby Lagana all spoke, remembering Lyle as a steady and calming influence on the starting line and a firm but fair official who, whether they won or lost on the track or won or lost a rules debate, left them walking away satisfied. 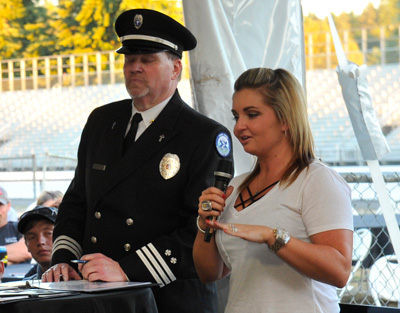 “He could always tell when I was flustered on the starting line, and he'd look in there and just put his hands out to me and just tell me to calm down, and I’d look at him and just know everything was going to be OK,” said Enders, “and I knew he’d never send me down a racetrack that was unsafe. He not only loved his job, but he loved every single person he sent down that racetrack, whether you drove Top Fuel or Super Street. I think that your life is defined by the tracks you leave for others, the lives that you truly touch, and the love you leave in the hearts of your friends and family, and Mark did all of those things tremendously.”
“The Starter position] is not always a real popular position to be in, but even if you didn’t get your way, you felt like he treated you with respect,” said Beckman. “You felt that he had heard what you had to say and did the best that he could possibly do to balance both sides."
“When we were crazy, he fixed us; when we won, he praised us,” echoed Force, who recalled a starting-line debate with Lyle over a perceived wrong. “I got right up on him because I totally believed I was right. He let me talk.” Force lost that argument, but remembers walking away smiling.
Many other friends also spoke, including Pacific Raceways track operator Jason Fiorito and Racers for Christ Chaplain Craig Garland, remembering a man who was a friend to so many, who touched so many lives, and who left us too soon.
After the 90-minute service and a memorial flyby from a King County Sheriff’s helicopter, the gathering assembled on the starting line that Lyle once ruled. The track was lined by candles on both guardwalls and down the centerline, and, after a dedication of the dragstrip in Lyle’s name, hundreds walked the track in his honor. At the end of the track, many symbolically laid their handheld candles on the finish line to mark his passing. 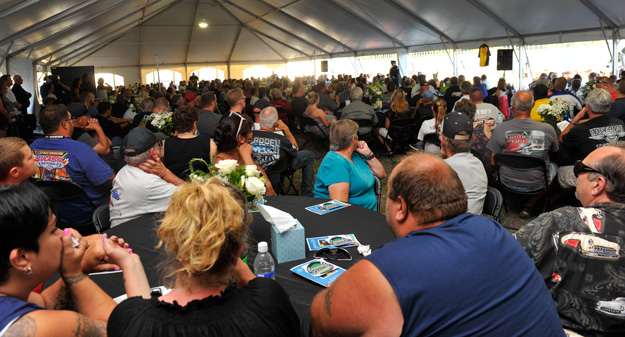 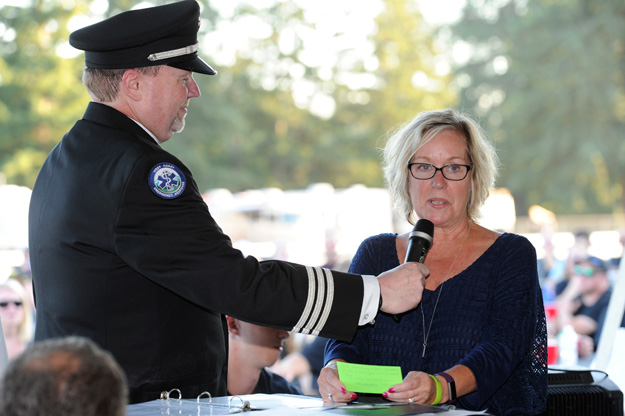 Lyle's wife, Marcia, spoke emotionally about her husband and thanked everyone for coming together to remember him. 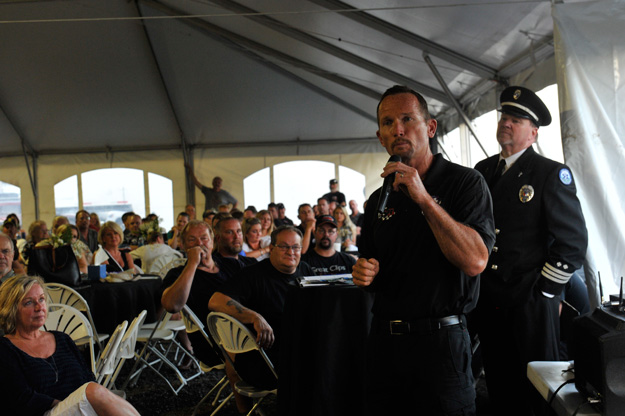 Funny Car star Jack Beckman remembered Lyle as firm but fair and a friend to all. 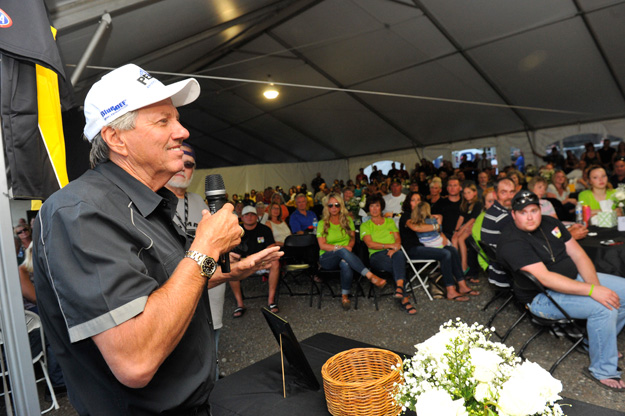 John Force thanked the family for sharing Lyle with his extended NHRA family. 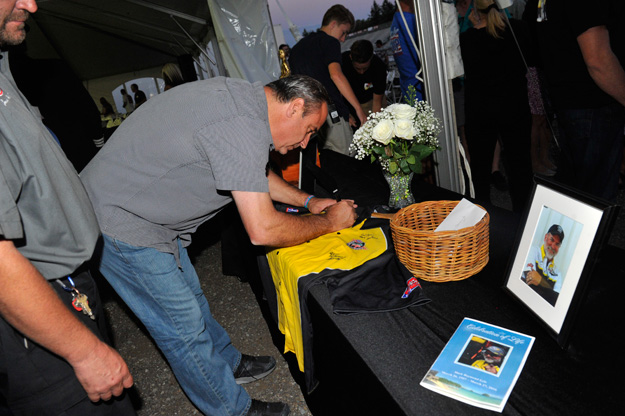 After the service, many, including Matco Tools Top Fuel crew chief Brian Corradi, signed Lyle's starter uniform, which will go on display at Pacific Raceways, where Lyle got his start. 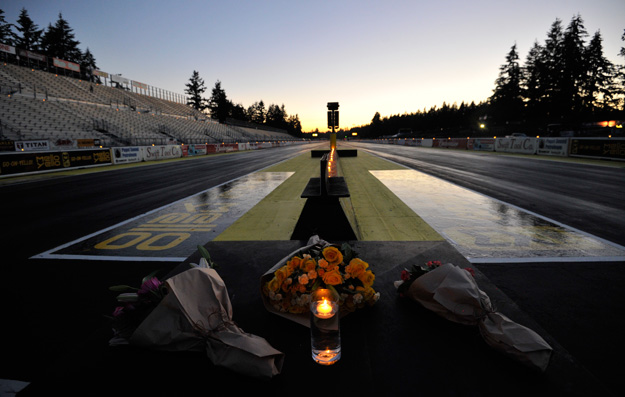 Bouquets of flowers and a racetrack lined with candles set the stage for a memorial track walk. 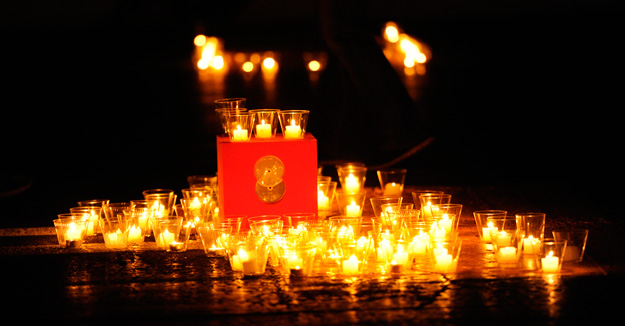