Fifty years ago: A look back at the highlights from the 1973 NHRA season

Fifty years ago may seem like a long time ago to some, but for many loyal followers of this column, it’s either about the time you started getting hooked on the sport of, for our less-senior members of the Insider Nation, it’s that wonderful place to dream of having been.
20 Jan 2023
Phil Burgess, NHRA National Dragster Editor
DRAGSTER Insider

Fifty years ago may seem like a long time ago to some, but for many loyal followers of this column, it’s either about the time you started getting hooked on the sport of, for our less-senior members of the Insider Nation, it’s that wonderful place to dream of having been. Me, I was a 12-year-old kid already several years into my worship of the sport and a veteran of several trips to Southern California tracks and well on my way to becoming who I still am, a hardcore pit rat infatuated with it all.

As I did last year in revisiting the 1972 season, I’ll take a look back at the way things were, including the schedule, new rule changes, performance markers, and big moments on and off the track.

NHRA broadened its driver licensing program, requiring all drivers in Pro Stock and in the unblown Competition eliminator classes to be licensed, effective July 1, 1973. Previously, only drivers of supercharged and/or fuel-burning vehicles were required to be licensed.

Speaking of fuel-burning vehicles — with an emphasis on burning — NHRA took serious steps to try to stem the rash of nasty Funny Car fires that were injuring its drivers in those early-1970s. 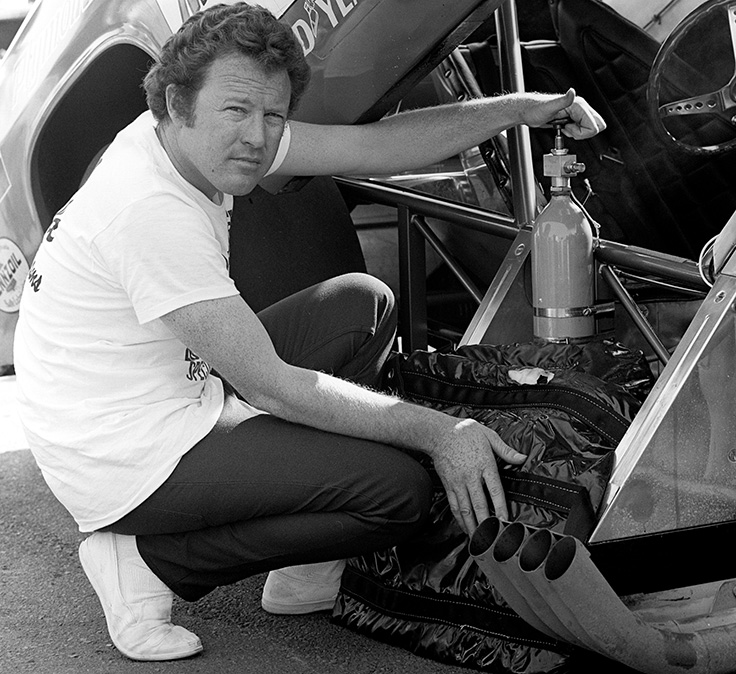 Although some forward-thinking and safety-conscious drivers like Tom McEwen (above) were already ahead of the game, NHRA announced at the beginning of the season that by June 1, all Funny Cars must be equipped with at least 20 pounds of Freon fire-extinguishing agent. “Fire windows” were also mandated for the firewall so that a driver could become aware of an issue, and NHRA also prohibited open valve cover “breathers,” requiring that the valvetrain spray be directed via tubes to a catch can. NHRA also recommended (but did not require) additional tin surrounding the driver compartment to keep flames at bay.

Just before that deadline, NHRA took delivery in May of a pair of specially constructed "entry suits" for use by emergency crews at national events to extricate drivers from burning vehicles and to combat fire at close range.

Beginning at the Winternationals, NHRA deemed that national e.t. and speed records would be certified and recognized in Top Fuel, Funny Car, and Pro Stock at all national events. Previously, national records could only be set at designated record meets, such as NHRA's 35 divisional events or National Opens.

Pro Stock drivers took full advantage of that, resetting their records multiple times throughout the year. Bill Jenkins ran a record 148.76 mph during Pro Stock qualifying in Pomona while Pro Stock winner Don Nicholson set a national e.t. record in the final with a 9.33 against Don Carlton.

The record by season’s end was 8.87 (Wayne Gapp) and 152.80 (Bob Glidden), both recorded at the season-ending event in Ontario.

As it turns out, the first four-second NHRA run was not Top Fuel racer Gene Snow in Houston in 1988 nor the first 300 by Kenny Bernstein in Gainesville in 1992, but Dave Anderson, who accomplished both in 1973. Of course, Anderson was driving a rocket car, but still …

The 1973 season was the first time that NHRA allowed certain rocket-powered vehicles to make exhibition runs at NHRA-sanctioned events. Anderson, at the wheel of Tony Fox's Pollution Packer dragster, ran 5.57 at 281.03 mph on its maiden voyage at the Winternationals then improved to a 5.35 at 297 mph at the Springnationals in Columbus before swooshing out a later 4.90 at 322-mph run at the Springnats.

AND THE WINNERS ARE ….

Nine of the 16 nitro winners at the event were first-time winners, but that was hardly the case at the season opener when “the three Dons” – veteran winners Garlits, Schumacher, and Nicholson – took the Pro titles at a race that was delayed repeatedly by rain and completed two weeks late.

Herm Petersen scored his first and only Top Fuel victory at the Gatornationals, defeating fellow first-time finalist Jim Bucher, who earlier had set the national e.t. record with a 6.07 and would win his first and only title two years later in Englishtown. Pat Foster, driving Barry Setzer's Vega, set the national e.t. record in Funny Car with a 6.36 en route to his first (and, surprisingly, only) national event win, defeating Schumacher in the final. Schumacher ran 230.76 mph, also a national record. Winternationals winner Nicholson set both ends of the national record in Pro Stock en route to his second straight national event win with runs of 9.01 and 150.50 mph.

Clayton Harris became the next first-time winner in Top Fuel at the next stop on the tour, the Summernationals; it also was his only NHRA Top Fuel win. Harris, the runner-up at the World Finals and the Gatornationals in 1972, made the field as an alternate and in the final defeated a broken Bucher. 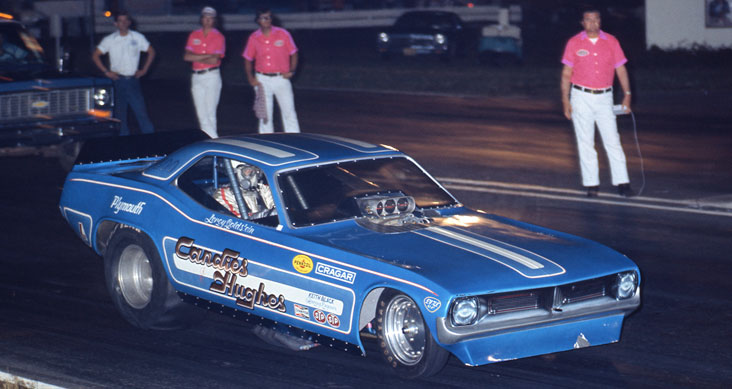 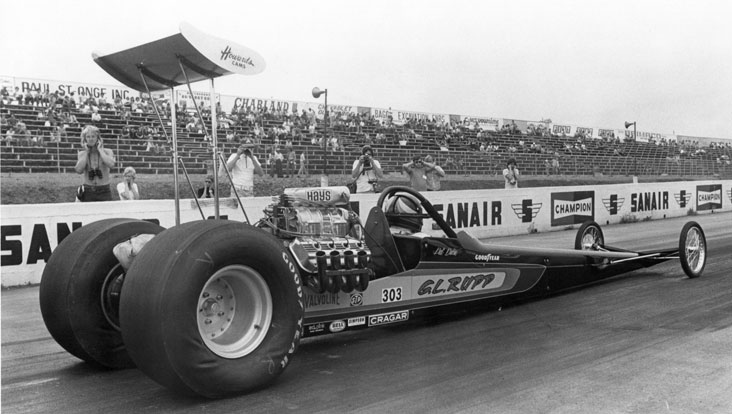 Five-time Top Fuel winner Don Prudhomme became the first driver in drag racing history to win a national title in two Pro categories with his Funny Car victory at the U.S. Nationals, where he had scored three of his previous five wins. Prudhomme defeated defending event champ Ed “the Ace” McCulloch in the final. Prudhomme had qualified No. 1 with a 6.35 and later set low e.t. at 6.27 in round one, which backed up the 6.35 for a new national record, but the 6.27 was too quick to be backed up by the 6.35 (he would have needed a previous or later 6.33).

Speaking of backups, Gary Beck backed up his Top Fuel win from the 1972 U.S. Nationals, setting both ends of the national record at 5.96 and 243.90 mph. Eventual Pro Stock winner Glidden led the quickest field in history with a 9.03 at 152.54 mph, a national speed record, en route to a final-round victory over Wayne Gapp.

Just as the season had begun, it also ended with another rain delay at the Supernationals that postponed the conclusion a week and resulted in the season's final first-time Pro winner in Tom McEwen (like Foster, kinda surprising that “the ‘Goose” had never won one before). 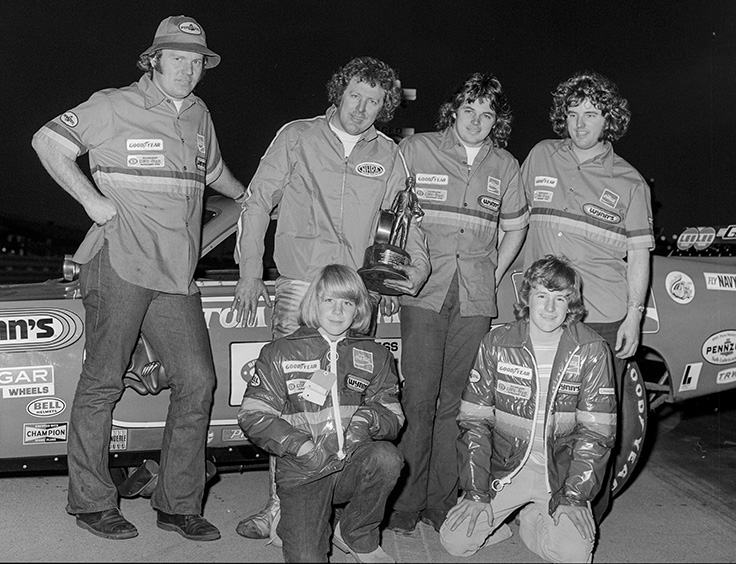 McEwen’s win was even more surprising as he failed to qualify for the show, running a best of 6.560 against a 6.531 bump spot but got into the field after No. 6 qualifier Rowe had a big fire in qualifying and hit the guardwall in the Mr. Ed Plymouth. McEwen then bested Dave Condit, Jim Dunn, and Jim Nicoll – the latter two with matching 6.50s – then got a bye in the final after Dale Emery was unable to make the call after blowing the body off his Jeg Coughlin-owned Camaro in a semifinal win over low qualifier Don Prudhomme, who had paced the field with the aforementioned 6.169.

Garlits and Gapp won Top Fuel and Pro Stock, respectively, with Garlits resetting both ends of the national record at 5.78, 247.25 en route to his 10th national event win. 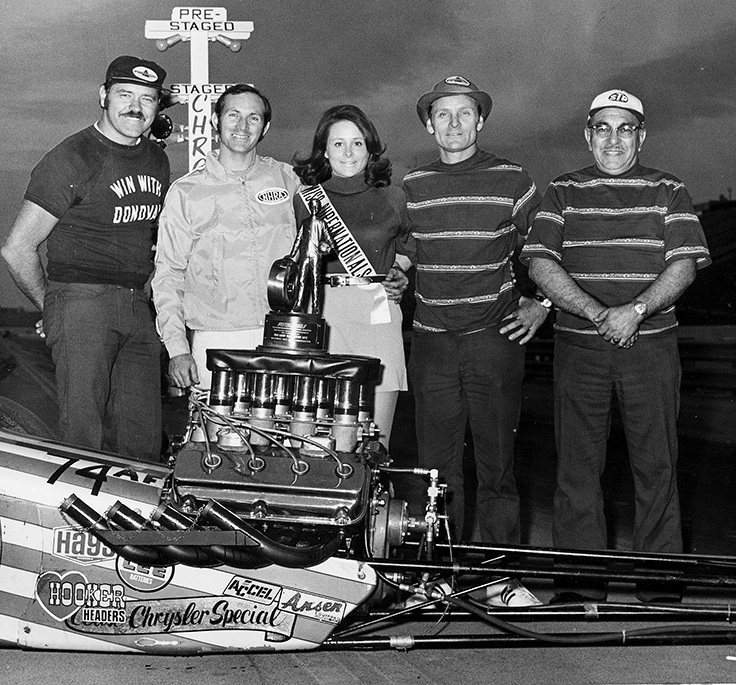 The Supernationals was also the site of the debut of drag racing's newest competition category, Pro Comp Eliminator, a new heads-up class comprised of dragsters, altereds, and Funny Cars. The No. 1 and 2 qualifiers, Ken Veney and Don Enriquez, met in the final, where Enriquez’s A/Fuel Dragster beat Veney's injected, nitro-burning A/FC.

ALSO IN THE NEWS 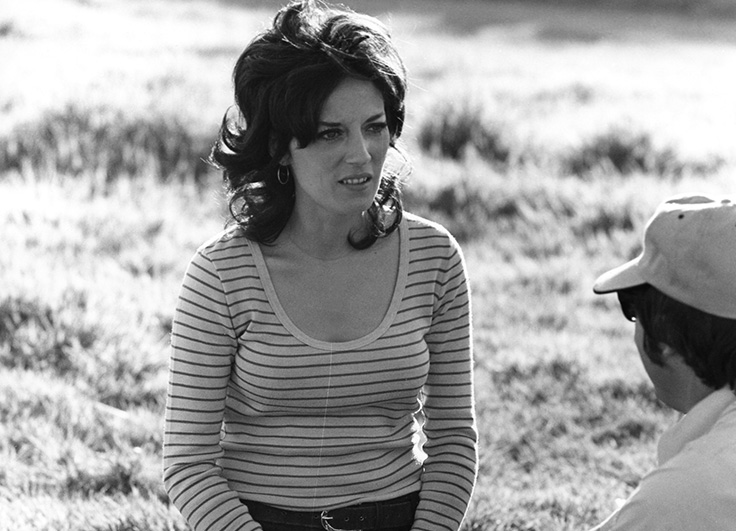 Shirley Muldowney became the first woman to qualify for an NHRA competition license in Top Fuel in Poncho Rendon’s dragster. One of the licensed drivers to sign her application was Garlits.

In front of more than 100,000 spectators at Fuji Int'l Raceway in Toyoko in May, Tony Nancy completed his celebrated tour of Japan with a new Japanese 400-meter acceleration and speed record in his Wynn's Sizzler rear-engine Top Fuel dragster at 6.50 at 237.84 mph. 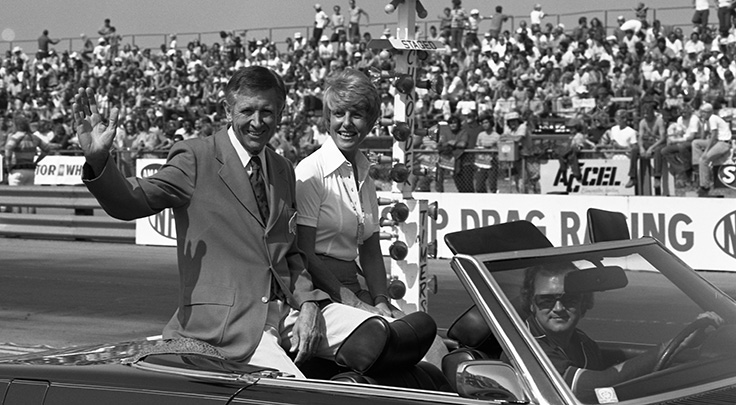 NHRA President Wally Parks was named SEMA Man of the Year at the annual awards banquet held in conjunction with the performance industry's premiere trade exposition, the SEMA Show.

In a move designed to strengthen and expand motorcycle drag racing in the United States, NHRA and the American Motorcycle Drag Racing Association (AMDRA) joined forces in a cooperative program designed to standardize rules and licensing procedures.

OK, race fans, that’s an action-packed 50-year look in the rear-view mirror of history at the 1973 season as we all eagerly await the start of the 2023 season, which this year launches in Gainesville. (The Winternationals in April? I know. But we just can’t lose that great name.)

I’ll see you guys next week. Thanks for all the well-wishes. I’m almost fully back to speed.