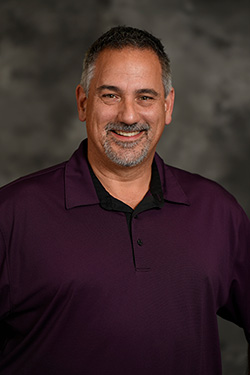 NHRA officials announced the promotion of Mike Rice to Senior Director of Competition and the addition of Matt DeYoung as Division Director of the Pacific Division (Division 7).

Rice, who started with NHRA in 2001, served as the Division Director of Division 7 for 16 years. In his new role as NHRA Sr. Director of Competition, Rice will lead tower operations at all NHRA national events, coordinate and maintain daily on-track schedules, and communicate with race teams. Mike will also be instrumental in guiding the Division Directors with his years of experience.

With Rice in his new role as NHRA Senior Director of Competition, DeYoung will step into the Division 7, working with the NHRA member tracks in Arizona, California, Nevada, New Mexico and Hawaii. Prior to his new role, DeYoung managed Tucson Dragway for five years.

“I’m excited to continue working with our racers, track operators, Division Directors and NHRA personnel to move drag racing forward,” said Rice. “Facing and overcoming the challenges we face each week to complete a successful event for all of our stakeholders is something I relish. 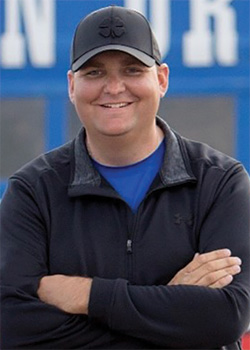 “I am excited to step into the Division Director role,” said DeYoung. “D7 has always been close to my heart. This is the division I grew up in and the division that I spent so much time with while at Tucson Dragway. I look forward to building more community in our division, growing with our member tracks and showing the Motorsports world what the NHRA can do for our racers, fans and families!”

“During his time as the Division Director of the Pacific Division, Mike Rice has been instrumental in the growth of the division,” said Josh Peterson, NHRA Vice President of Racing Administration. “In this new role, Mike will help provide continuity across each national event. We are thrilled to welcome Matt to the team. His passion for racing and background in track management will be a great addition to the team of division directors and the NHRA Pacific Division.” 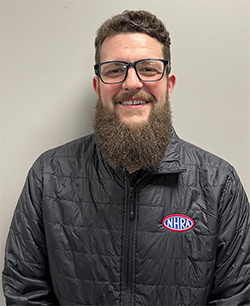 “I am looking forward to working with the thousands of passionate and dedicated competitors, crew members and family members to continue and expand upon the outstanding reputation of the NHRA,” said Curdie. “Fan engagement is also very important to me. I, like many others, used to be that little boy who took his toy cars everywhere and would freeze when a louder-than-normal engine or piece of heavy equipment drove past. The ability to be part of the moment where you can literally watch a little kid become a gearhead is truly indescribable.”

Curdie comes to the role from Feld Entertainment. For the past decade, he worked in production with touring groups such as Monster Jam and Ringling Bros. & Barnum and Bailey, and was most recently a tour manager for Monster Jam.

“We’re thrilled to welcome Craig to our division director team,” said Josh Peterson, NHRA Vice President of Racing Administration. “His excitement about the role and experience in scheduling, setting up, managing, and executing live events makes him a great addition to the Northeast Division. We’re excited to seeing him into the role as he works alongside the member tracks and racers in the Northeast region.”

Curdie joins a team of division directors who represent the seven divisions of the NHRA. The Northeast Division sees several Lucas Oil Drag Racing Series events throughout the season as well as NHRA national events at New England Dragway and Maple Grove Raceway.

“I’m looking forward to jumping into the 2023 season,” Curdie said. “I’m excited for the opportunity to be able to work alongside the passionate racers and member tracks of Division 1.” 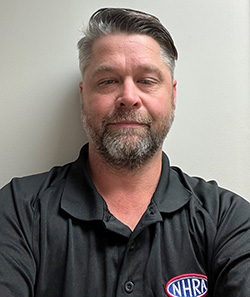 “I have been involved in weekly drag racing, as an employee and operator, since I was 12 years old,” Duty said. “I am looking forward to taking everything that I’ve learned at the track level and bringing a unique perspective to NHRA. Drag racing is evolving quickly and I’m excited about working for an organization that leads the industry and is embracing the future.”

“We are excited to welcome Nick to our team,” said Josh Peterson, NHRA Vice President of Racing Administration. “His passion for drag racing and background in track management make him a great addition to the team of division directors and the NHRA West Central division.”

“I’m excited to jump into the 2023 season,” Duty said. “I believe my experience operating local tracks will be an asset in working with the tracks that make up the backbone of NHRA and make them more successful.”