At every NHRA national event, NHRA announcer Alan Reinhart offers fans the chance to send him an email with technical questions about the race cars, the tracks, and the procedures. As part of a semi-regular feature, we’ll share those questions and answers on NHRA.com.
15 Mar 2022
Posted by NHRA.com staff
Ask Alan

Fans can write to Reinhart at [email protected].

What is the light you keep mentioning on two of the Pro Stock cars? I think it was a Greg Anderson and another car? — Nathaniel Pittman 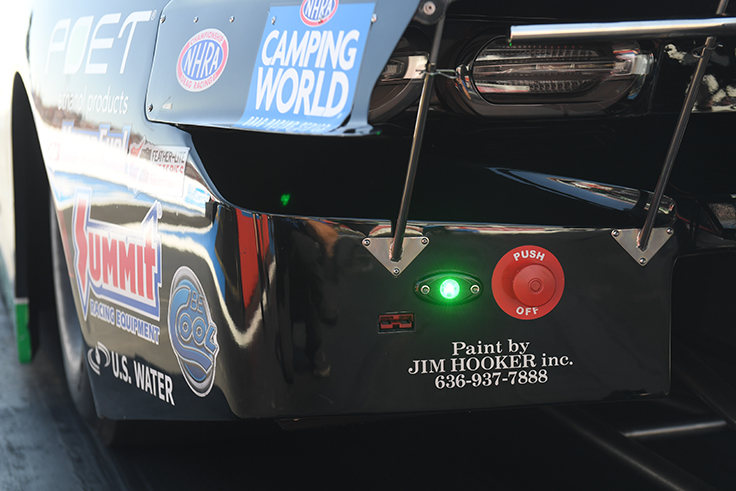 Deric Kramer's crew chief, Michael Hiner, came up with the idea. The car that Anderson is driving was borrowed from Kramer, so it has the light as well.

What's up with some nitro teams running 4 square type butterflies whereas others have 3 circular ones? I thought it was a divide between big-money teams and little guys, but you see some well-established teams with the 4 square as well. — Zach Sparrow 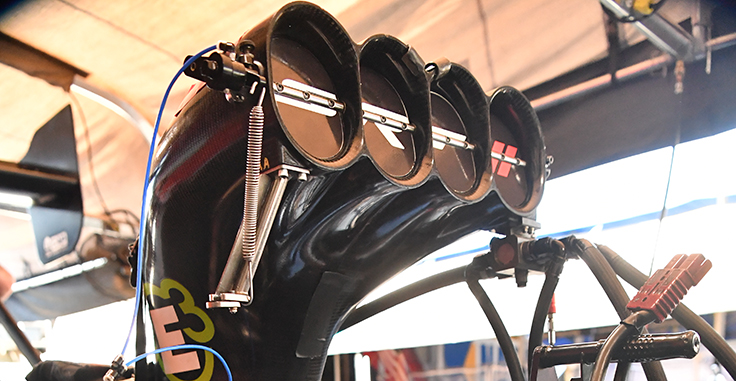 The maximum opening for the injector is 65 square inches. There are different theories about the best way to utilize that. Some think the three hole, some four, and Bill Miller has a "Barn Door" style with two big square butterflies horizontally right on top of the blower with just a scoop on top of that. In my mind, all work equally well. If one was clearly superior, they would have all migrated to that design.

[At the Winternationals], when the body of [Robert] Hight's car hit the throttle, if his car would have broken the beam, what would have happened? Would they be allowed to push it back or would that have been a DQ? — Tony Naylor

You mentioned on the PA that [nitro cars] burn two gallons per 330 feet. What is the actual size of a fuel tank on a Top Fuel dragster? — Paul Coleman 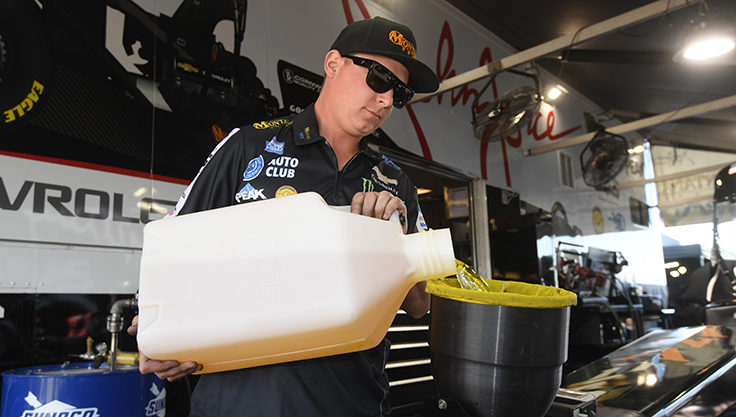 Most are about 18 gallons; there is no rule, so it varies some. They burn between four and five gallons per minute at idle and will have about four gallons left after the run. It is vital that they don't run out or they will blow up, so you have to be sure there's enough in the tank that it doesn't suck air.

What is the standard beam setup at a racetrack?  Pre-stage to stage beam distance?  Stage beam to guard beam distance?  Beam height off the ground?
I see them use a dragster front wheel to measure rollout. Would a carpenter's square be more accurate to measure? — Kip Scharf 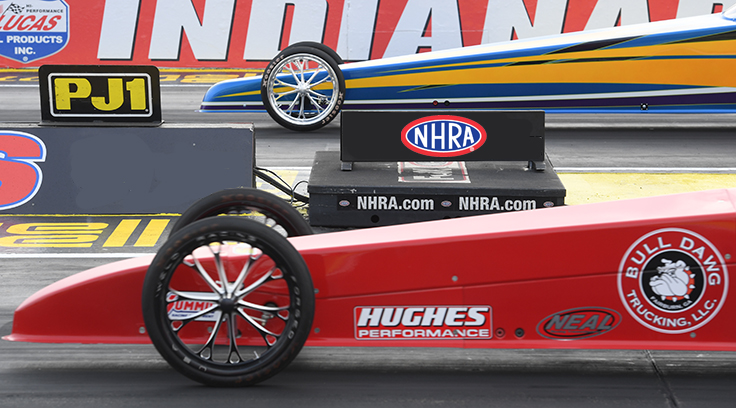 Because it is a wheel that breaks the beam, they use a wheel to measure it. A carpenter's square would have no allowance for beam height, which is part of the equation. Some racetracks have a crown that needs to be considered as well. It is seven inches from pre-stage to stage, and 13 3/8 from stage to guard beam. 1 9/16 is the desired beam height, in the tire track, but, again, depending on the crown of the track, it may vary on the outside of the groove.