At every NHRA national event, NHRA announcer Alan Reinhart offers fans the chance to send him an email with technical questions about the race cars, the tracks, and the procedures. As part of a semi-regular feature, we share those questions and answers on NHRA.com.
25 Apr 2022
Alan Reinhart
Ask Alan

Fan can write to Reinhart at [email protected].

When a Funny Car leaves the starting line, the front tires break the beam, but is it the front of the body or the tire that breaks the beam at the finish line? -- Barbara Ling

The starting-line beams are 1-9/16 inches high and catch the tire. The finish line is 6 inches and catches the leading edge of the car or the wing in Top Fuel.

Fun Fact: Ever wonder why the body latch handles are so big? There is an overhang rule, and the front of the body is sloped back, so they make the body handles big enough to catch the beams. 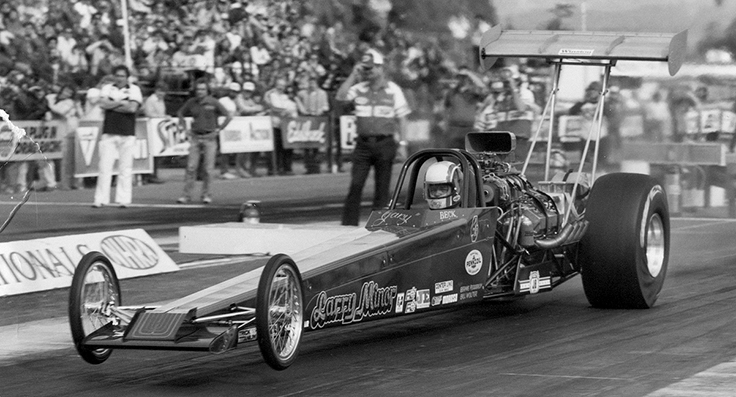 I have long noticed that reaction-time numbers from older races are significantly different than those from current races. For example, a good reaction time in Top Fuel is something better than a .075 (depending on depth of stage). But, in older races, a good r.t. seems to be something around a .450. What is the deal with that? -- Clay Schaeffer

Back then the reaction timer was based off the yellow lights as you react to the flash of yellow not to the green. On a Pro Tree, there is .4 of a second between the yellow and the green, so a perfect reaction time was .400 with .399 or quicker being red.

It was suggested that that could be confusing, especially for a new fan, why not make it universal, so we changed it to .000 perfect for both, anything red would be a negative number. So, the old .452 is now .052. 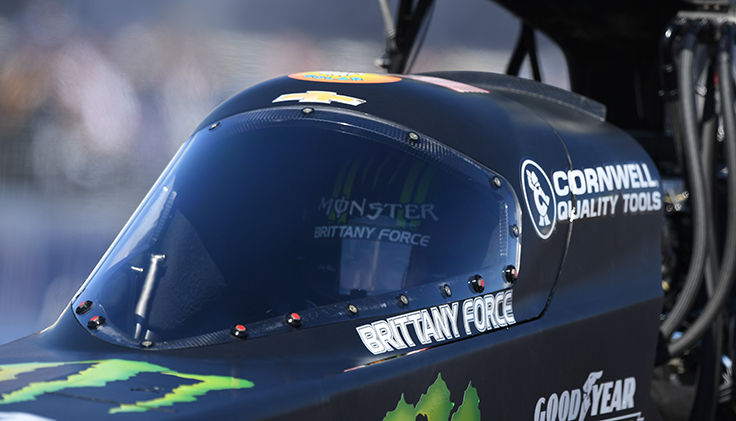 What is the significance of the few red-colored canopy fasteners? Seems like they’re in the same location on all the cars. -- Bill Mitchell

You have a sharp eye. The red ones attach the canopy to the car, the others just hold the windshield in. In an emergency, the Safety Safari presented by Simpson knows exactly which bolts need to be removed to take the canopy off and won't waste time on the others.

Why does a Top Fuel car smoke at the end of the track? -- Arnie Meece

Assuming that nothing happened to damage the engine, the smoke you are seeing is oil for the blower. There are fuel nozzles in the injector hat above the blower, and that fuel acts to lubricate and cool the Teflon or Nylatron blower strips.

When you shut off a nitro car, you do so by turning off the fuel, so the blower is spinning without lubrication while the engine winds down. There is a canister of oil on the blower that lubricates it during shutdown, and that's the smoke you see at the top end.

They are set on a timer, and sometimes if a car smokes the tires, the oiler will go off and the smoke comes out while the cart is idling down the track. 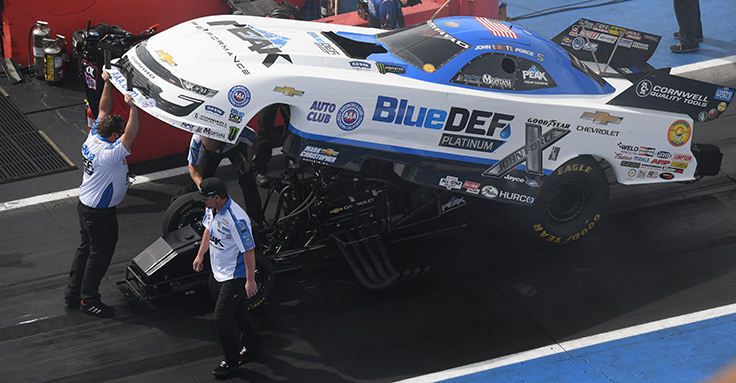 When they lift the body after the burnout, I can see two tanks on the front of the chassis. What are they for? -- David Ziny

The big one is the fuel tank; the small one is the oil tank. All Funny Cars run a dry sump oiling system. A Funny Car engine sits so low in the frame that there isn't room for a big enough pan to run a wet sump.

Most Top Fuel dragsters run a wet sump as they are less complicated, and they have the engine high enough in the fame that there's room for the bigger oil pan.