At every NHRA national event, NHRA announcer Alan Reinhart offers fans the chance to send him an email with technical questions about the race cars, the tracks, and the procedures. As part of a semi-regular feature, we’ll share those questions and answers on NHRA.com.
17 Mar 2022
Posted by NHRA.com staff
Ask Alan

Fans can write to Reinhart at [email protected].

After a Top Fuel car backs up, I see a crewmember reach in the “vent” next to the driver. I am thinking they’re charging the clutch, computer, or both? — Pete DeVita

Good call! That's where the clutch charge button is on some of the cars. Since the activation button is under the gas pedal, that is an easy place to plumb the charge button as well.

Alan, taking you up on your offer to send the wheel speed graph. — Joe DeFina 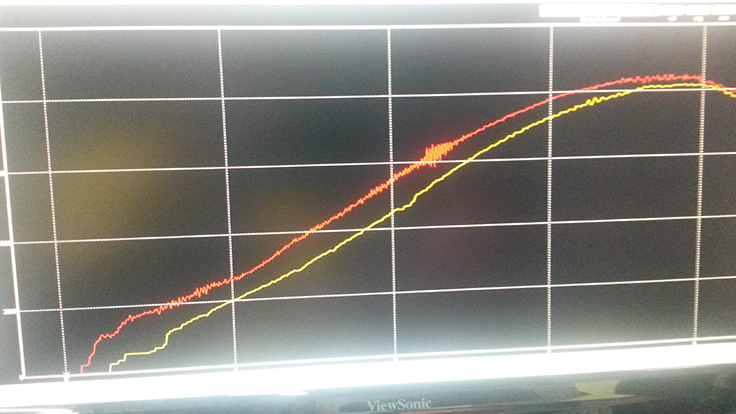 This is from a Leah Pruett 3.62 that at the time was the quickest run in history (it's still among the Top 10).
Red is rear wheel speed, yellow is front. When the yellow line dips, it is trying to pick the front end up. The "chatter" at 2.2 seconds on the rear is when the clutch locks up.

Wheel spin is why they dance through the top end, they are still spinning the tires even at full downforce and the car moves around. And when she took her foot off the gas, they come back together.

How is the correction factor for Pro Stock formulated? — Joey Jackson

It is the same formula they use for dyno testing. You need a standard to come back to as on a warm, humid day you make less power than on a cool, dry day. So how would you know if that new cam was better, or if just the weather was better? You use temperature, humidity, barometer and come up with the "Correction Factor" to determine that.

In Pro Stock, you need to know how much power you actually have right this minute, and the Correction Factor tells you that. I report it during the Pro sessions so the hard-core fans know what to expect.

Let's say just using round numbers that your engine makes 1,000 hp on the dyno. But what you need to know is how much power are you working with right now? The Correction Factor this weekend hovered mostly around 1.04, so that 1,000-hp engine is producing 4% less or 960 actual hp for this run. Knowing that you have 960 hp, you might change the gearing or launch rpm to maximize the performance. Pro Stock cars have a near-infinite number of options for getting the best performance out of whatever the actual power level is on each run. So, Correction Factor is an important part of the puzzle.

I have seen in Denver a Correction Factor more than 1.40. That means that same 1,000-hp engine would be putting out 600 actual hp in the atmosphere. That's why they change everything on the cars when they race in Denver.

What happens if you’re running a single for the final and you cross the centerline? — John Dollar

You would receive a points penalty just as you would for any centerline infraction, and the e.t. and speed would be disallowed. But you would not be disqualified. You would be shown as a winner with no time or speed.

On a single, you must stage the car under its own power and take the Tree. There have been times where a car on a single wouldn't start, or broke on the burnout and lost. But if you stage, you win. 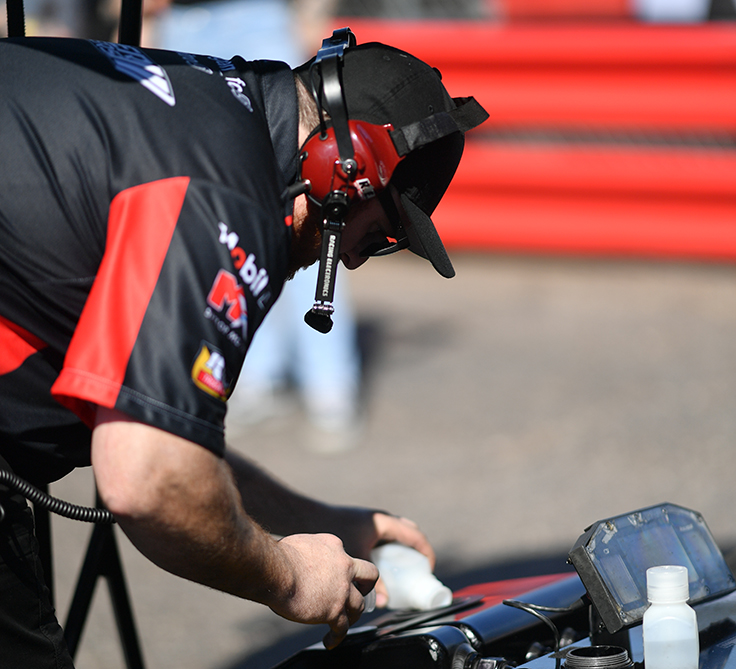 90% is the maximum allowed, there is no minimum. Often teams will come up at 90% and if the cars in front of them are struggling, they will add alcohol to the tank to calm the car down. That's the quickest and easiest way to pull power back across the board.