Fans are rolling in from all over the West Coast to Sonoma Raceway for Saturday's qualifying sessions at the 2021 NHRA Sonoma Nationals.
24 Jul 2021
David Kennedy
News

It couldn't be better to be back drag racing in California. That's the buzz in the pits, grandstands, and staging lanes at the 2021 NHRA Sonoma Nationals. And for good reason, today's second and third session of qualifying of Top Fuel, Funny Car, Pro Stock, and Pro Stock Motorcycle NHRA Camping World Drag Racing Series will fill the rolling hills of California with the cacophony of big-blocks and nitromethane engines. 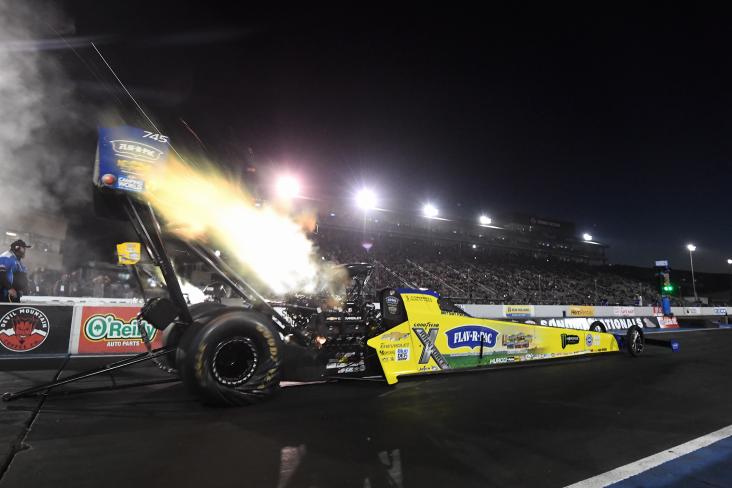 Top Fuel: The cool evening air from last night will be replaced with clear blue skies California air and wowed fans with quick times, a few melted parts, and the show they’ve been waiting nearly two years for.

When the dust settled and the busted bits had all been swept from the Sonoma surface, Brittany Force took the top spot with a 3.694-second run at 329.42 mph even though the engine expired in the timing lights. Said Force, “It wasn’t pretty but it got us into the number one slot.”

Antron Brown followed with a cleaner but slower 3.724-second run at 326.71 mph while in the other lane a last-minute Capco Contractor clutch change on Steve Torrence’s car didn’t seem to work out as hoped for team Torrence.

Leah Pruett and Justin Ashley rounded out the Top Fuel cars that were able to run in the 3s on Friday night, with a 3.749 and 3.761 respectively. Both cars completing their runs with minimal drama and build confidence for both drivers. 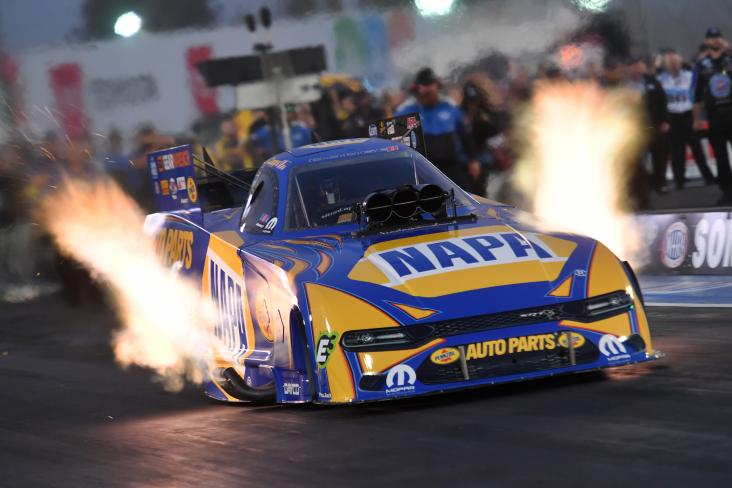 Funny Car: Ron Capps 3.897 at 328.78 mph delivered him the number one position and was good medicine for the Napa team.  Alexis DeJoria probably wished the Napa team had dialed it back just a tad more to give her ROKiT Funny Car the thousandth of a second she needed to move into the top spot. Her 3.898 at 325.61 ripped down the track. On the mic right after the run Del Worsham said,  “She left the line great, what a great run. The left side of the engine was looking a little hot, but it couldn’t of been too bad, we ran a 3.89 and we’ve got more parts.”

The Dickie Venables and Jimmy Prock battle through their proxies Matt Hagan and Robert Hight failed to mature into the record-setting battle we anticipated. But Saturday’s two qualifying sessions might yet still deliver. 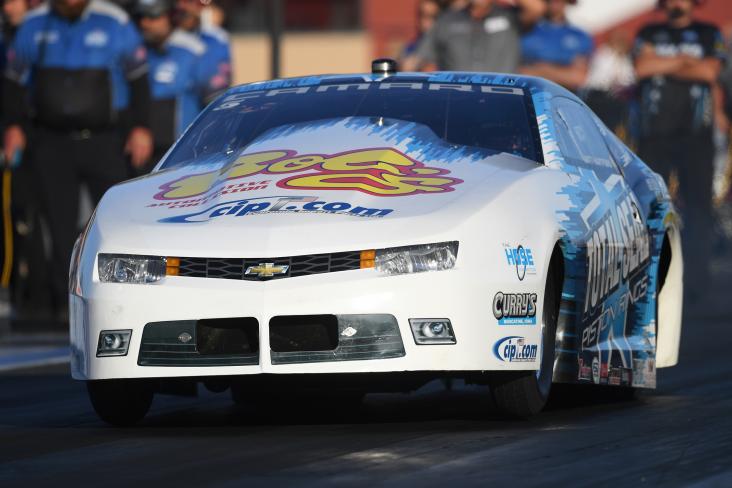 Pro Stock's return to Sonoma meant teams were swinging for the fences, but the cleanup batters weren’t Greg Anderson or Erica Enders, they were leadoff hitters Matt Hartford (6.533), Kyle Koretsky (6.538), and Aaron Stanfield (6.548).

Anderson and Enders qualified fourth and eighth after chatting each other up near the starting line as they waited for the rest of the field to run.  The last time the two had seen each other was back in Norwalk when all Anderson saw was Enders’ taillights.  “Well, I don’t think he saw my taillights because it was a great close race. Greg is one of the best Pro Stock drivers that have ever driven,” said Enders.” 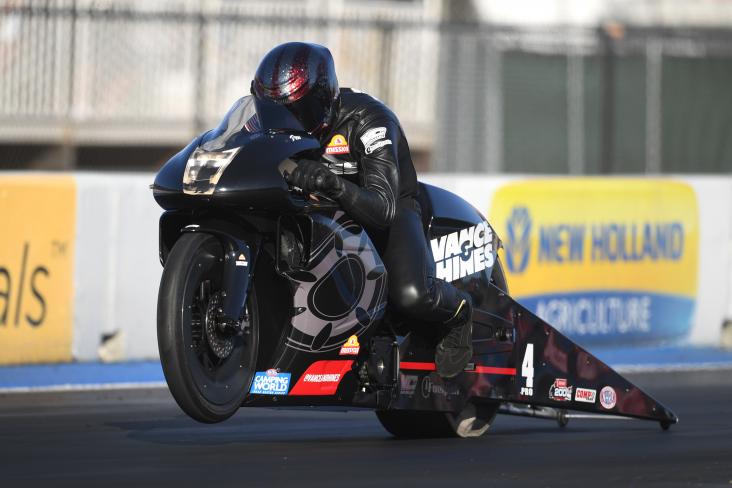 Pro Stock Motorcycle: There is something about the Sonoma track where you see the bike fans come out in full force. So when Matt Smith ran 203 mph and said his “speed was dictated by mother nature and the wind," he was speaking to his people.

As good as the conditions were tonight, Smith admits, “You don’t know 203 from 199. They all feel the same. I knew I was on a pretty good run. We didn’t get the e.t. we wanted but we’ll come back tomorrow. And dip it down and try to go 204, because I really think we can do it. If he does, that will be the fastest run in the history of the sport.