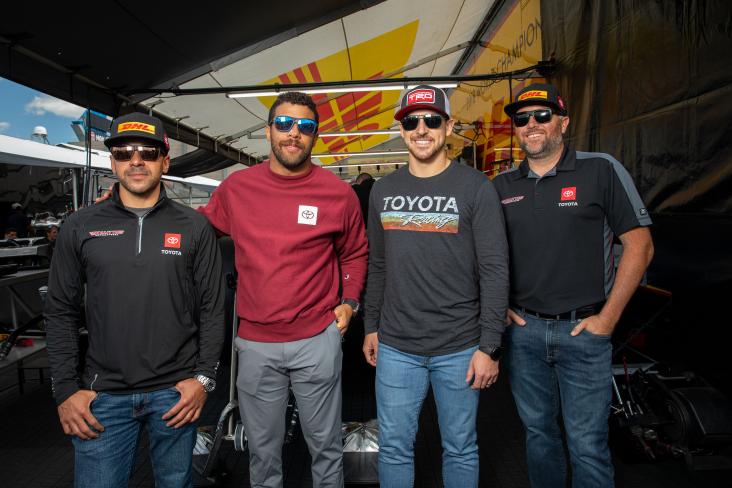 The pair of NASCAR drivers toured the Kalitta Motorsports pit area, and they were offered a hands-on demonstration of the power an 11,000-hp race car can display even sitting still in the pits. 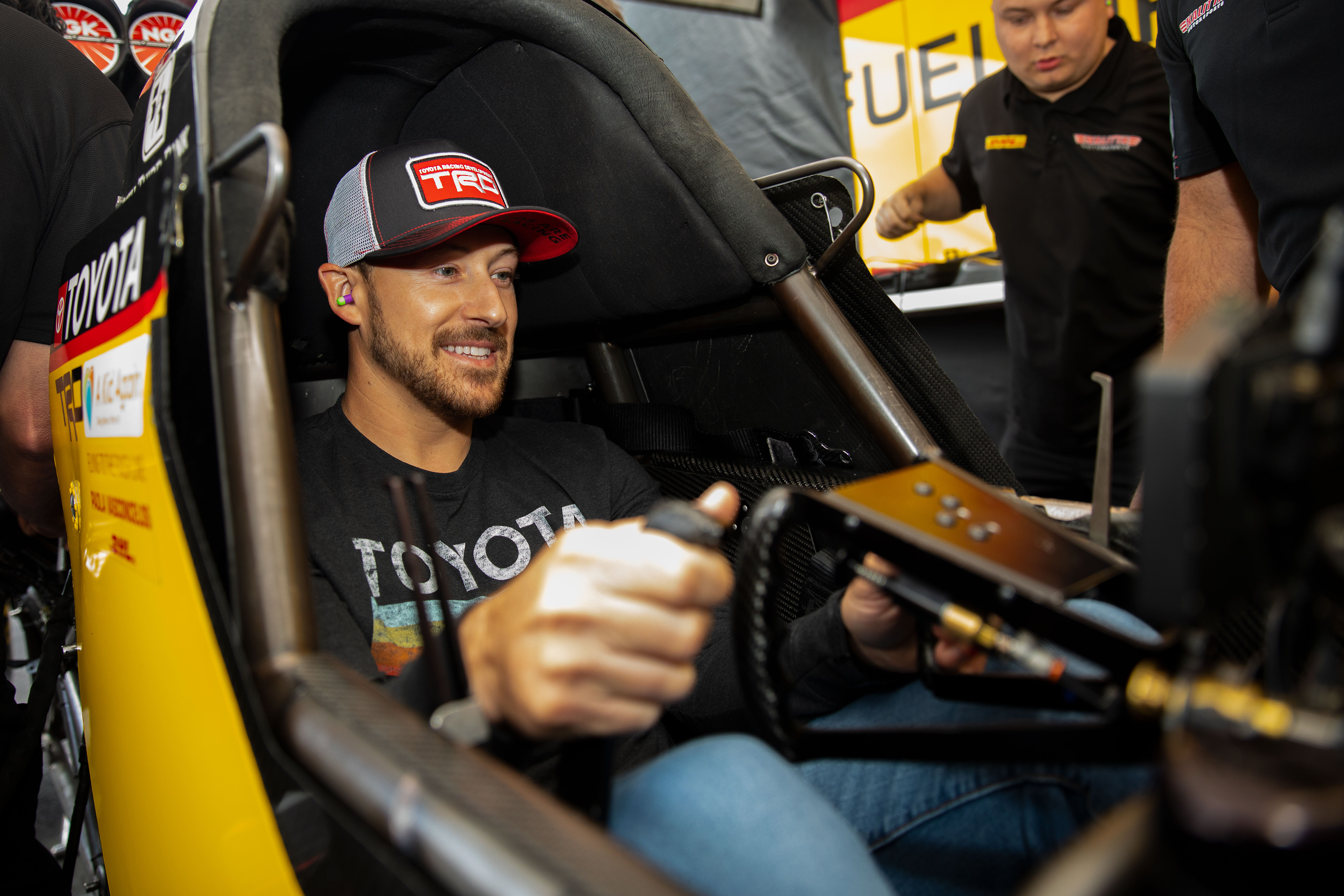 Hemric was given a quick tutorial on the procedure for warming up Langdon’s DHL Kalitta Air Top Fuel dragster before he hopped in the cockpit. With Langdon, the 2013 NHRA Top Fuel world champion and reigning NHRA U.S. Nationals champion, offering directions, Hemric ran the race car through the warm-up paces. 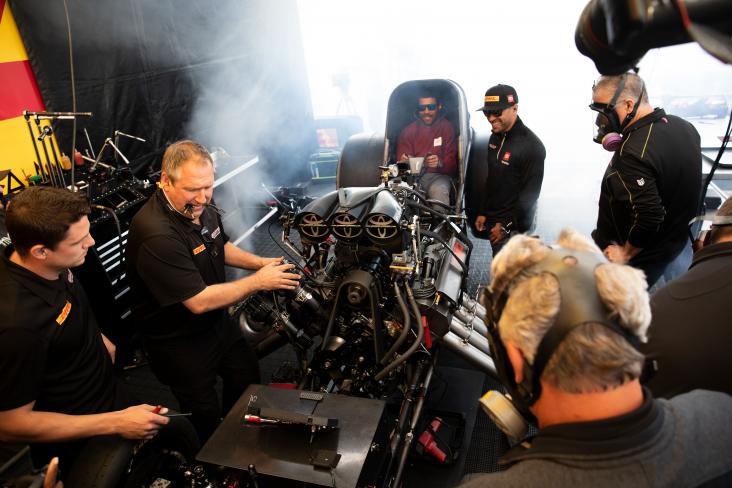 Following the Top Fuel experience, the quartet of drivers moved to the DHL Funny Car pits area, where Todd showed Wallace the ins and outs of warming up his Toyota Camry Funny Car. A wide assortment of media were covering the event, including NASCAR on FOX, NHRA on FOX, and a production crew gathering content for Wallace’s upcoming Netflix series. Local Charlotte broadcast media was also on the scene along with reporters from RACER magazine and RacinToday.com. Wallace got comfortable in the seat of the nitro Funny Car, and as the exhaust cloud settled around the cockpit, Wallace experienced a true baptism by nitro as tears began to well up in his eyes. 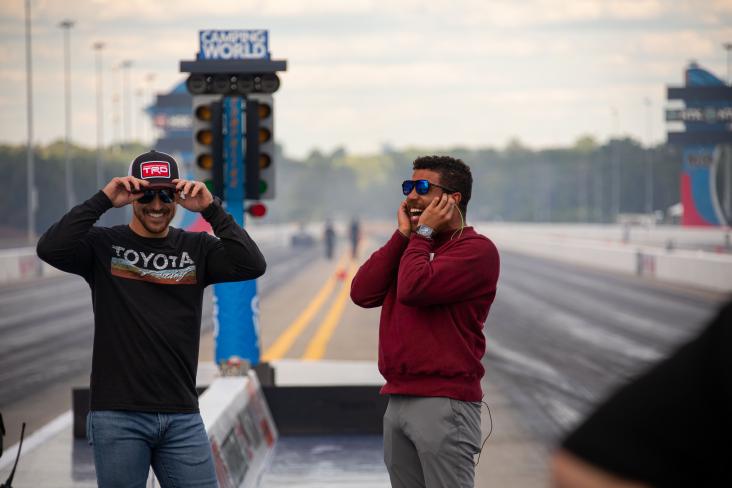 After the warm-ups, the pair of NASCAR drivers were treated to an on-track display of the raw power generated by Kalitta Motorsports as Todd and Langdon executed massive burnouts to the delight of Wallace and Hemric. 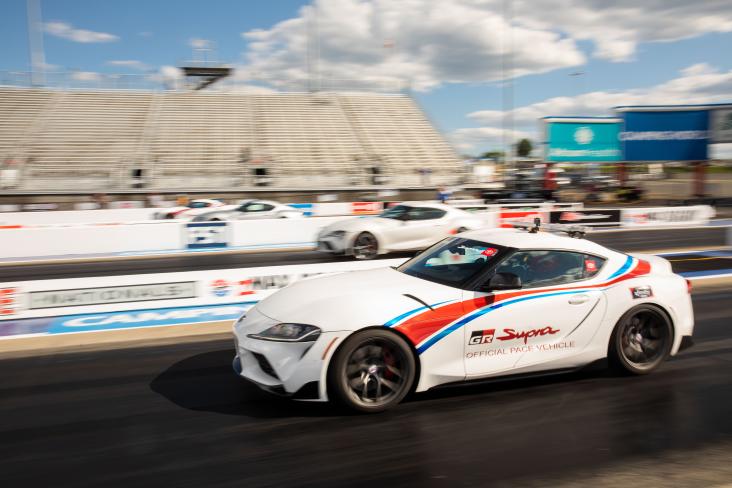 The day wrapped up with a four-wide race between the drivers getting behind the wheel of Toyota Supras. It was Wallace getting the win light and bragging rights. Following a full afternoon of experiencing NHRA Drag Racing behind the scenes, the pair of NASCAR drivers left with a new appreciation for the skills of their Toyota Racing teammates.

Tune in to NHRA on FOX to watch the NGK NTK NHRA Four-Wide Nationals and get your tickets to race right HERE.