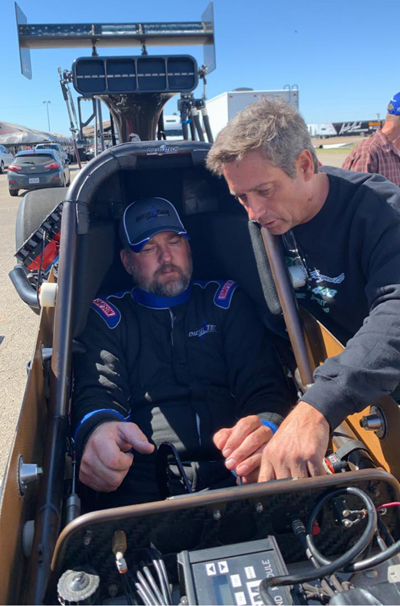 The 51-year-old resident of Leander, Texas, completed his licensing earlier this year in Haddock’s car at Texas Motorplex after previously earning Super Comp and Top Dragster licenses at Frank Hawley’s Drag Racing School in Florida. Davidson also has purchased the Top Fuel dragster formerly campaigned by Roger Hennen and driven by Kebin Kinsley (pictured right, with Davidson, showing him the controls of the car), and hopes to compete with it later this season. The ex-Hennen car has been refurbished at Morgan Lucas Racing’s chassis shop.

Throughout five seasons, Davidson ran in several drag-boat categories, including Top Fuel Hydros, which cover the liquid course at 270 mph.

“The main thing is to get some seat time,” said Davidson. “I’ve got 300 passes in boats and just a handful in Top Fuel, but, believe it or not, the boat is a whole lot more violent than the dragster to drive. Every run I’ve made in Terry’s car has been super smooth, so I’m excited about this weekend.” 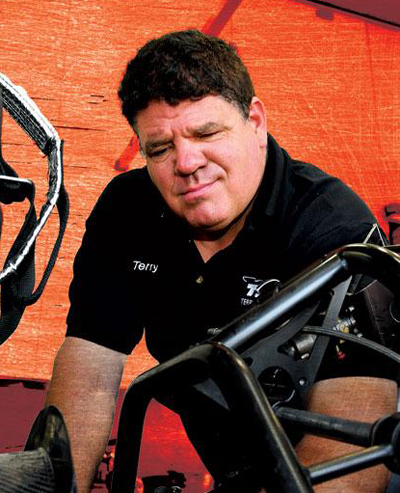 Haddock, pictured right, has become the sport’s go-to guy for training new nitro drivers and providing a stable platform for existing drivers to get exposure and seat time, including his ex-wife, 2014 Automobile Club of Southern California Road to the Future Award candidate Jenna; sponsor-turned driver Jim Maroney; fellow journeyman Terry Totten; Patrick Kitowski; European champion Andy Carter; and, most recently, highly-regarded Cameron Ferre, who raced for Haddock all last year and at the first two events of the 2020 season. Todd Paton drove Haddock’s car at the recent Lucas Oil NHRA Summernationals in Indy and scored a round win for Haddock, who also drives his own nitro Funny Car while tuning and managing the Top Fueler.

“My dragster is pretty proven,” said Haddock. “I think we have the best ‘school’ car in the country. It probably can’t win a race because we don’t run it harder, but there’s no better car for making laps. It will go A to B almost every run, 3.90s and low-4.0s, and help guys learn how to drive. I’d love to have Cameron drive for us all year, but the funding is not there for him right now, and the whole purpose of this dragster is to generate money so that I can race my Funny Car, so we put other people in the car in the meantime.”

Davidson plans to debut his own entry at the AAA Texas NHRA FallNationals at Texas Motorplex in October. Versatile tuner Chris “Gumby” Crudele will serve as crew chief for the new entry, and they’ll come to battle with a pretty good arsenal. 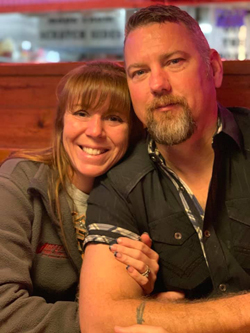 “We’ve got a good inventory already compiled, with 10 motors, 22 sets of cylinder heads, and $70,000 worth of clutch components,” said Davidson. “I’ve had a lot of support from Don Schumacher and Todd Okuhara; they’ve been the great people to me. I can’t say enough about them. They have done things for me that are unbelievable, and I greatly appreciate it. Kebin also is a great friend of mine -– we raced boats together -- and Roger Hennen has also been awesome to me.

"My wife, Michelle, has been very patient with me helping me to live my dream. We have four daughters, and the last one will graduate high school this year, so it’ll be back to finishing out our dreams. We’re just going to take it one step at a time because, like everyone else, we just don’t know how this year is going to pan out.”